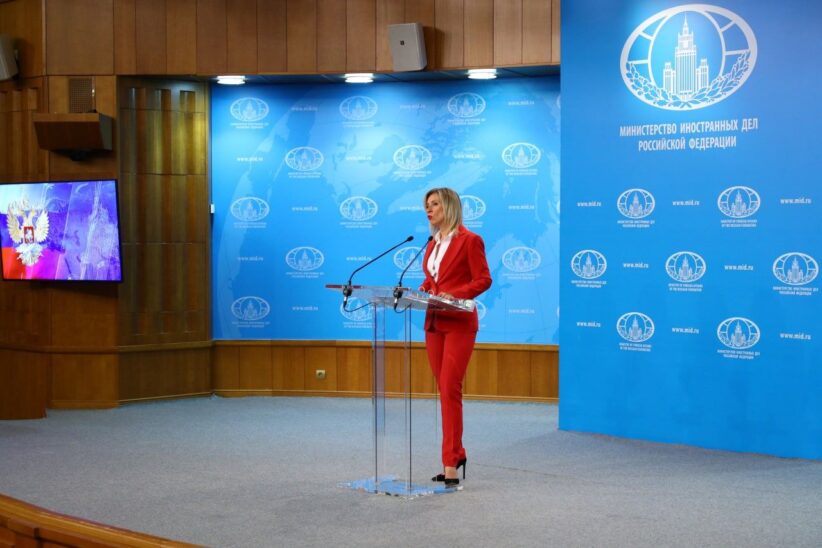 Zakharova was asked by a reporter how Moscow views the positive signals coming out of Ankara and Yerevan in recent weeks and whether Russia is ready to be a mediator between Armenia and Turkey.

“Russia has always been in favor of the normalization of Armenian-Turkish relations, having previously participated in mediation efforts,” Zakharova responded.

Zakharova furthermore stated that the six nation format, a proposed regional body, with the participation of Azerbaijan, Armenia, Georgia, Iran, Russia and Turkey, could be in the interest of all participating countries.

On August 29, Turkish President Recep Tayyip Erdogan stated that Turkey is in favor of gradually ameliorating relations with Armenia.

Days earlier, Armenian Prime Minister Nikol Pashinyan stated during a government meeting that positive signals were coming out of Ankara, and they would be responded to with positive signals from Armenia.

In 1993, Turkey closed its border with Armenia during the First Karabakh War. Since then, the border between the two countries has remained closed.

In 2009, Armenia and Turkey signed bilateral protocols in an agreement brokered by the United States, France and Russia. The Zurich Protocols, as they came to be known, would have established full diplomatic relations between Yerevan and Ankara, reopened the Armenia-Turkey border, and set up a joint historical commission to study the Armenian Genocide. However, Turkey did not move forward under pressure from Azerbaijan.