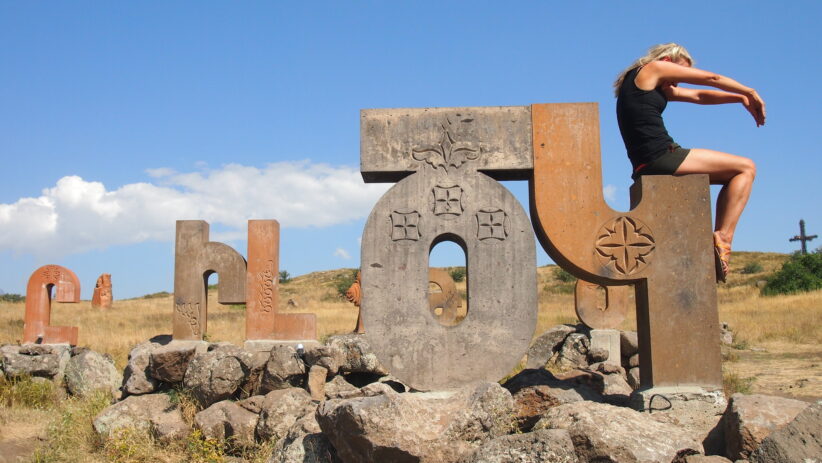 “The government plans to consider the legislative possibilities of giving a special status to the Western Armenian language in Armenia,” reads the plan, which lays out the Armenian government’s priorities through 2026.

Armenia’s constitution states that “the state language of the Republic of Armenia shall be the Armenian language,” without specifying the linguistic standard — Eastern or Western. In practice, though, the Eastern Armenian language dominates government, business, and everyday life in Armenia.

Armenian forms an independent branch of the Indo-European language family. In linguistic terms, modern Armenian is a pluricentric language, meaning that it has more than one standard form. Armenians living in Armenia, Iran, and Russia primarily speak Eastern Armenian, while Western Armenian predominates in Turkey and in Armenian diaspora communities throughout the world. The two standards are by and large mutually intelligible, despite differences in phonology, grammar, vocabulary, and orthography.

Notably, Pashinyan’s previous plan from 2019 did not include any such provision. Instead, it only stated that the Armenian government should encourage “the dissemination of the Armenian language and strengthening the knowledge of Armenian (including Western Armenian) in Armenia and the diaspora.”

The government plan before that, adopted under former President Serzh Sargsyan in 2017, did specifically mention the need to support the use of Western Armenian, but did not propose encoding a special status for Western Armenian in legislation.

Aside from the possibility of granting Western Armenian special status in Armenia, the 2021-2026 government plan states that “the development of Armenia-diaspora cooperation will be aimed at preserving Armenian identity, the repatriation and integration of diaspora Armenians in Armenia, identifying and mapping the human potential of the diaspora, and rallying the human, intellectual, and economic potential of Armenians scattered across the world around the goal of the stable development of the motherland.”

“The government considers the diaspora communities not as an instrument for solving Armenian and pan-Armenian problems, but as an effective participant in the formation of agendas aimed at solving these problems and their solutions,” according to the plan.

To that end, the Armenian government intends to “continue the process of repatriation of diaspora Armenians, the formation of a favorable environment for life, work, and creativity in Armenia, and the simplification of investments,” the plan says.

Lawmakers in the National Assembly, as Armenia’s single-chamber legislature is officially known, voted 70-0 last month to approve Pashinyan’s five-year plan. However, only representatives from the ruling Civil Contract party took part in the vote, with opposition lawmakers harshly criticizing the plan and refusing to vote on it.