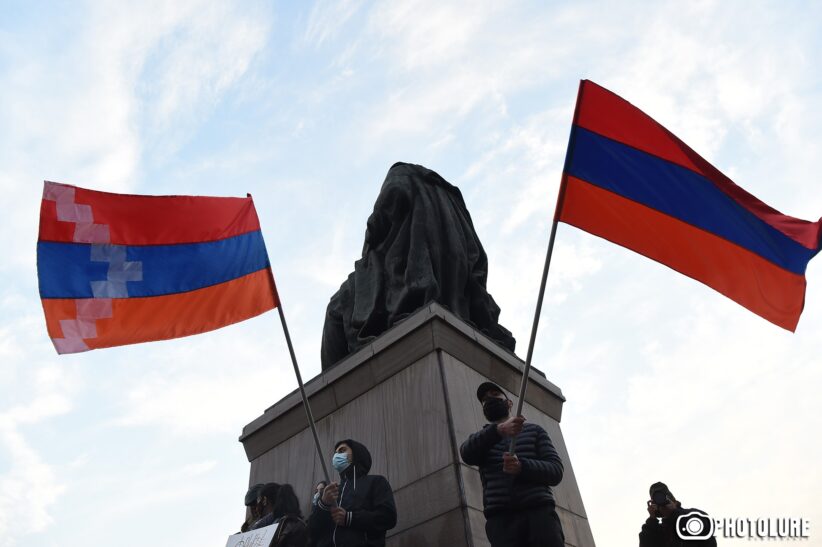 Following the signing of the ceasefire agreement on November 10, 2020, which ended the Karabakh War with Armenia’s defeat, possibly the topic most discussed is the relationship between Armenia and Karabakh (Artsakh). What is Armenia’s goal regarding Karabakh and how does it intend to reach the desired outcome?

Experts and analysts have already reacted to the uncertain and vague formulations regarding this issue in the five-year government plan, approved last week by Armenia’s legislature. On the one hand Armenia’s leadership continues to refer to the essential need to establish self-determination for Karabakh, through negotiations; on the other hand they are unwilling to participate in events that mark the 30th anniversary of the declaration of the Republic of Artsakh.

The first question, to which the Armenian government is obliged to provide a clear answer relates to the borders of Karabakh. What do the Armenian prime minister, the minister of foreign affairs and the secretary of the Security Council understand when they say “Karabakh’s right to self-determination”? The government must articulate within which borders they see self-determination. Is it within the September 26, 2020 borders, within the February 1988 the Nagorno-Karabakh Autonomous Region (NKAO) borders, or is it within the borders of the Nagorno Karabakh Republic that was proclaimed on September 2, 1991?

On the one hand, the Armenian authorities continue to publicly talk about the need to achieve self-determination in Karabakh, but, at the same time, they have refused to participate in the official ceremonies dedicated to the 30th anniversary of the proclamation of the Nagorno Karabakh Republic. In fact, since the end of the war Pashinyan has avoided visiting Karabakh. Before the war, Pashinyan, in his capacity as prime minister, visited Karabah 12 times.

The second issue that the Armenian authorities avoid confronting is the status of the territories occupied by Azerbaijan after the Second Karabakh War, including Shushi and Hadrut regions.

Does this mean that Yerevan considers those territories part of Azerbaijan? Does Armenia differentiate between the territories of NKAO (including Hadrut, Shushi, some Martakert villages) and the territories under the jurisdiction of the Artsakh Republic before the 2020 war?

In other words, for official Yerevan, is the 3,000-square-kilometer area of NKAO that remains Armenian under Russian peacekeepers’ control different from the NKAO-territories currently occupied by Azerbaijan? What is the difference between the cities of Shushi and Stepanakert?

Armenia must either officially declare the occupation of Karabakh territories by Azerbaijan, emphasizing that occupied territories of NKAO will never be part of Azerbaijan, or agree that Stepanakert, Martakert, Askeran and Martuni are also Azerbaijani territories but temporarily remain under Russian peacekeeping forces.

The next imperative issue is the question of ensuring Karabakh’s security. What will happen if, for one reason or another, Russia removes its troops from Karabakh. At the moment, Armenian authorities say that the Russian troops will not leave Karabakh in November 2025, that they will stay for a very long time, and therefore, the physical security of the Armenians living in Karabakh is also ensured for a very long time.

This position implies that Armenia no longer considers itself the security guarantor of the Armenians of Karabakh, and it considers security to be a problem to be solved exclusively within the Russia-Azerbaijan bilateral or Russia-Azerbaijan-Turkey trilateral frameworks. If Russia were to come to an agreement with Azerbaijan to extend the deployment of its troops in Artsakh, Armenians will continue to live in Stepanakert and the surrounding regions. Alternatively, Karabakh Armenians will either be annihilated or will be forced to burn their own homes and flee, just as the population of Kashatagh region did in the period from November 10 to 30, 2020.

In the best of circumstances, the Republic of Armenia could provide these people with support and temporary shelter in Armenia. That will be a good opportunity to once again blame Russia for betraying and selling Armenians and to once again demand that Armenia exit the Russia-led Collective Security Treaty Organization and Eurasia Economic Union.

These questions require urgent answers. But of course, the lack of answers is itself a position. But in that case, the authorities ought to stop discussing Artsakh’s self-determination, overcoming this period of crisis in Artsakh, launching new development programs, and other pleasant topics.

Perhaps, in this case, it would be more sincere to direct the Armenians of Karabakh to Baku, or Moscow, to determine their own fate, and not be unprepared for future catastrophes.

Benyamin Poghosyan is a CivilNet columnist and the Executive Director of the Political Science Association of Armenia.

The original version of this article, in Armenian, is available here.

Normalizing relations with neighbors is priority for Armenia, says Pashinyan

The Economics of Aliyev’s Aggression in Armenia