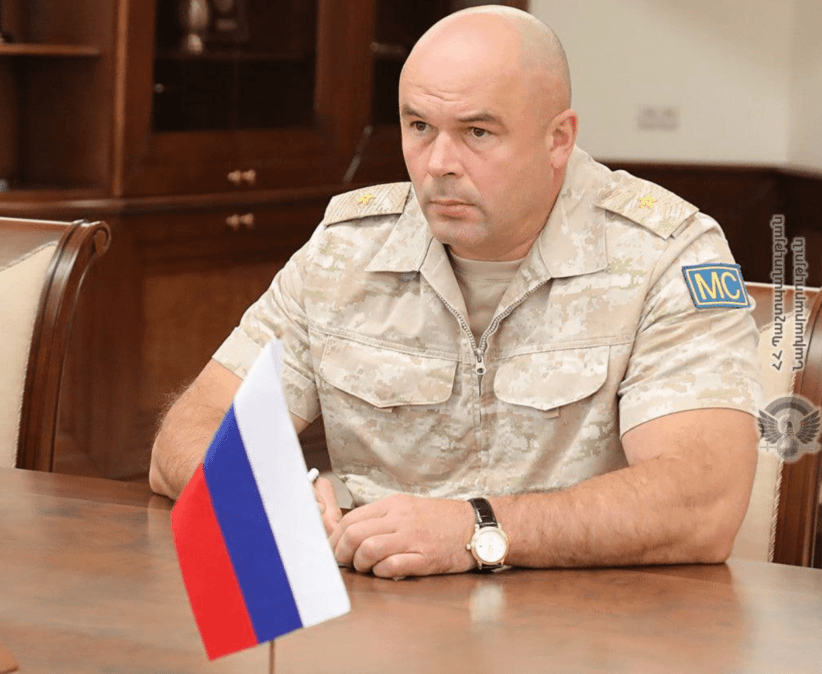 Karapetyan congratulated Kosobokov on assuming the post and praised Russia’s efforts in stabilizing the situation in the region.

Kosobokov will replace Lieutenant General Rustam Muradov who held the post of commander of the Russian peacekeeping forces in Karabakh since the end of the 2020 war with Azerbaijan. The Russian side has stipulated that the post will be a rotating position.

Prior to his appointment in Karabakh, Kosobokov held the position of Deputy Commander of the 58th Combined Arms Army, which is headquartered just north of the Georgian border in North Ossetia. Moreover, he headed a Russian military base in the unrecognized state of Abkhazia, which is internationally recognized as part of Georgia.

According to the November 10 agreement between Russia, Armenia, and Azerbaijan, Russian peacekeeping forces will be stationed in Karabakh until 2025. It is unclear if the term will be extended after the initial date expires.