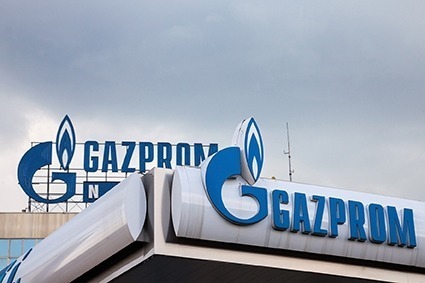 Armenian Deputy Prime Minister Mher Grigoryan said Wednesday that negotiations over natural gas prices continue between the Armenian government and supplier Gazprom Armenia, but refused to guarantee that the company would not raise its prices. Gazprom Armenia is a subsidiary of Gazprom, Russia’s largest company and one of the world’s largest natural gas suppliers.

“Every year we address this issue and try to agree on at least keeping the price unchanged, rather than raising it,” he told lawmakers gathered at the National Assembly for a government question-and-answer session. “But it is a working process, and with your permission, I won’t say more, because negotiations are underway right now.”

The day before, Armenian Prime Minister Nikol Pashinyan met with Alexey Miller, the chairman of Gazprom. Miller has been placed under U.S. sanctions since 2018.

Press offices for Gazprom and the Armenian government provided few details of the meeting, with the former saying only that the two men discussed “key issues.”

According to Pashinyan’s office, the prime minister called Gazprom a “strategic energy partner” and reiterated the Armenian government’s commitment to “mutually beneficial cooperation” with the Russian gas giant.

The price of natural gas in Armenia has long been a source of political contention in the country, whose economy remains overwhelmingly dependent on Russia’s, nearly three decades on from the Soviet Union’s collapse.

Gazprom Armenia is wholly owned by Gazprom, which is in turn majority owned by the Russian government. It is the exclusive supplier of Armenia’s natural gas and last year provided more than 2 billion cubic meters of gas to Armenia via neighboring Georgia.

The company is also Armenia’s second largest taxpayer, according to the State Revenue Committee, and paid over $90 million in taxes in 2020.

Gazprom last raised gas prices on Armenia in January 2019, to $165 per thousand cubic meters. At the time, Armenian government officials, including Pashinyan, strongly protested the price hike, but to no avail. Ultimately, the Armenian government swallowed the cost, with Armenian consumers seeing no change to the gas prices they pay.

Still, that figure represents what is effectively a steep discount when compared to the prices Gazprom charges other countries. In June, Gazprom’s average natural gas price per thousand cubic meters hit $240 for European buyers, amid a global rally in energy prices.

Controversy over gas prices in Armenia erupted in late 2013, when it emerged that the Armenian government sold Gazprom its remaining stake in the Armenian subsidiary in return for a write off of $300 million in debt.

The Armenian government incurred that debt by secretly subsidizing gas prices — apparently in an effort to keep the public from knowing that Gazprom raised its prices on Armenia in 2011.

In fact, the Armenian government did not publicly admit that Gazprom had raised its prices until a few months after crucial elections were held in 2013. That timing led opposition lawmakers to accuse the government of withholding the information for political gain.

“This is a crime for which this government must be prosecuted,” said Levon Zurabyan, at the time an opposition lawmaker.

The deal was seen by many in Armenia as a blow to the country’s sovereignty and economic independence, with then-opposition lawmaker Alexander Arzumanyan calling it a “capitulation.” As part of the deal, the Armenian government also granted Gazprom 30 years of exclusivity in the Armenian energy market.

For its part, Russia has long used discounted natural gas supplies as a key lever of economic control over its post-Soviet neighbors. Earlier this month, Russian President Vladimir Putin announced that his country would not raise gas prices on neighboring Belarus next year, as part of a plan for deeper economic integration between the two countries. At less than $130 per thousand cubic meters, the price of Russian gas in Belarus is even lower than it is in Armenia.

Is a hydrogen sector emerging?