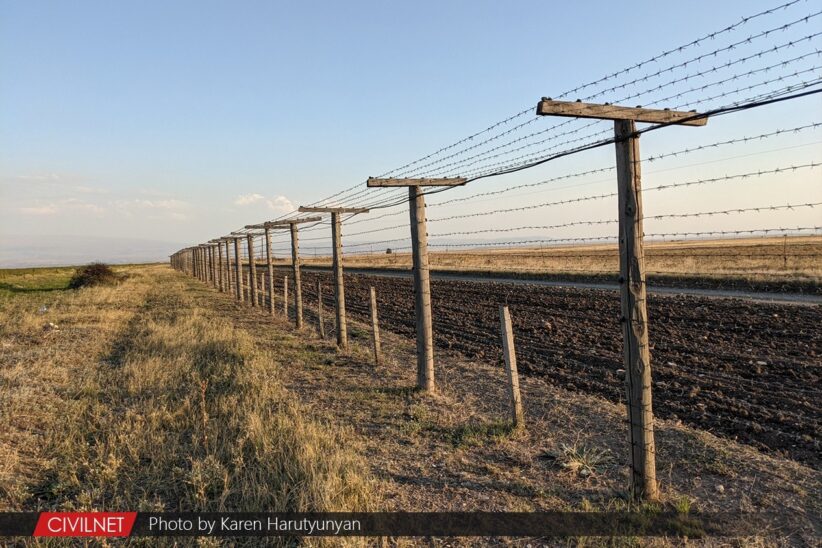 Erdogan said that “Armenia should take positive steps” if it wishes for such a meeting. Erdogan is alluding to the opening of the so-called “Zangezur Corridor”, which he believes is a political issue that will be resolved soon, as will Armenia-Azerbaijan relations. The corridor refers to a ground transportation link that would connect Azerbaijan to its exclave of Nakhichevan through Armenia’s southern Syunik region.

If we try to translate Erdogan’s diplomatic language, the Turkish president clearly states that he is ready to accept Armenian leadership’s proposal for dialogue if Armenia continues to fulfill Turkey’s demands.

This type of approach from Turkey is not new; it has been going on for at least 28 years. Since the spring of 1993, Turkey has set preconditions for normalizing relations with Armenia, including the renunciation of Artsakh (Karabakh) and an end to the global Armenian Genocide recognition efforts.

The main Turkish precondition was always the return of Artsakh to Azerbaijan. After the signing of the November 10 ceasefire agreement, and following the inclusion of vague statements about Artsakh in Armenia’s new government program, Turkey considers that Armenia has fulfilled that precondition, and that in fact it has renounced Artsakh. But now, Turkey’s looking for more, specifically the opening of the “Zangezur Corridor”.

This demand is fully in line with Turkey and Azerbaijan’s strategy towards Armenia: to have a weak state, with no developmental prospects, that is fully dependent on them, whose main function might be to supply relatively cheap labor to Turkish-Azerbaijani businesses in the region.

In December 2020, Armenia handed over significant territories in the Syunik region to Azerbaijan, including some sections of the only highway that connects Armenia to Iran. All of this was done to establish peace with Azerbaijan and ensure Armenia’s security. However, in recent weeks, it’s become clear that concessions will only make Azerbaijan more aggressive.

In the current situation, Armenia’s desire to improve relations with its two opponents at any cost is puzzling. It is understandable that every state wants to establish at the very least normal relations with its neighbors, to have open borders and a stable region. It is also undeniable that even with adversaries, it is always desirable to speak directly, without intermediaries, as the latter can distort the messages.

Nonetheless, these simple truths do not presuppose that Armenia should implement steps that directly contradict their own vital interests. Armenia must talk to Turkey directly, but not at the expense of Artsakh. And if Turkey can have direct dialogue with Armenia only if Yerevan takes steps that are contrary to Armenia’s interests, then perhaps it is much more preferable to have a mediated dialogue or no dialogue at all.

The same notion applies to Azerbaijan. If in order to establish friendly relations Armenia must cede territories to Azerbaijan, as well as endanger the Armenia-Iran and Armenia-Georgia land connection, then establishing normal relations is contradictory to Armenia’s interests.

In these conditions, a logical question arises: what reasons do the Armenian authorities have to reach out to Turkey? The impression is that the current Armenian government is consumed with the idea of establishing long-term peace with Azerbaijan and Turkey. Unable to receive the appropriate signals from the two opponents, Armenia is sending messages about willingness to make additional concessions instead of changing its strategy. Unfortunately, the most probable consequence of such a policy in the South Caucasus is not the establishment of long-term Armenian-Azerbaijani and Armenian-Turkish peace, but the transformation of Armenia into an Azerbaijani and Turkish “client state”.

Benyamin Poghosyan is a CivilNet columnist and the Executive Director of the Political Science Association of Armenia.

The original version of this article, in Armenian, is available here.

A short message on Armenia’s 30th anniversary of independence