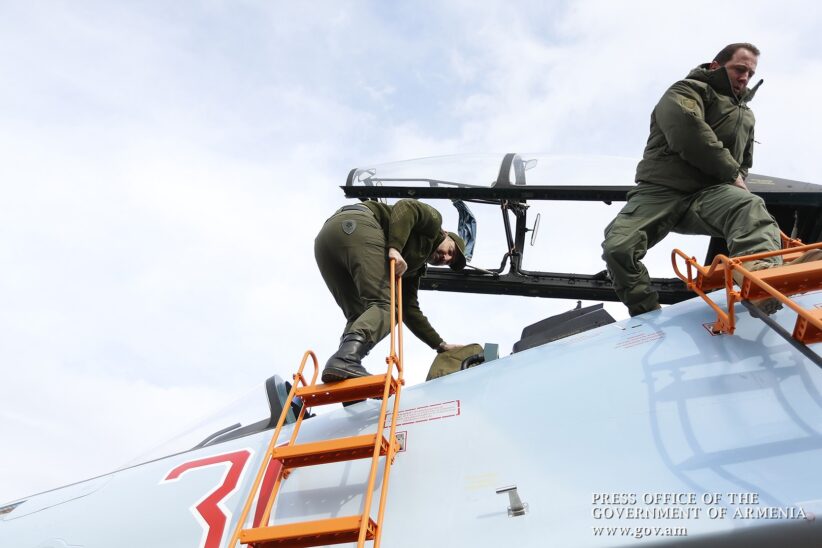 Former Armenian Defense Minister Davit Tonoyan has been arrested on suspicion of committing fraud and large-scale embezzlement, the National Security Service announced in a statement on September 30.

An investigation by CivilNet in February 2019, revealed that Galstyan’s name appeared on United Nations Security Council documents pertaining to the breaking of the arms embargo on Libya.

Galstyan has moreover been accused of illegally selling arms to Moldova and has had connections with a company owned by former Ukrainian President Petro Poroshenko.

Tonoyan served as Armenian defense minister from May 2018 to November 2020, having served as defense minister during the 2020 Nagorno-Karabakh war, and resigning shortly after the end of the war on November 9, 2020. Tonoyan furthermore served as minister of emergency situations under former President Serzh Sargsyan’s administration.

Davit Galstyan, a former adviser to Tonoyan and businessman engaged in the buying and selling of weapons, had been summoned to the National Security Service’s Investigation Department back in February 2021.

He was summoned in connection to a contract that was signed between his company and the defense ministry in which the company would sell Czech-made ammunition to the ministry, at a price of just over $1 million. But, the ammunition supplied was of inferior quality and not worth the asking price. According to the National Security Service’s statement, the ammunition was made in 1977, but Galstyan’s company was claiming they were made in the mid 80s. Galstyan was detained but released shortly thereafter.

15 Children and Counting: The Story of the Melkonyan Family

Giving children the ability to hear