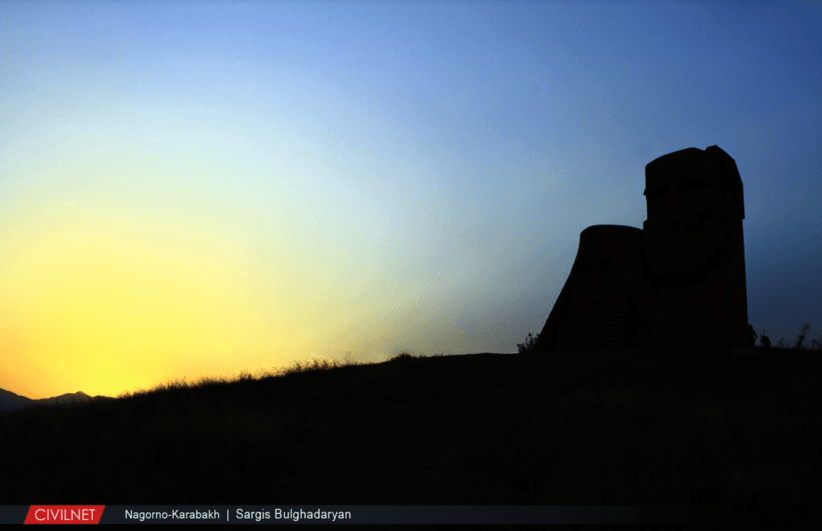 Over the last three decades, various documents have been produced as potential solutions to the Karabakh conflict. As Armenia and Azerbaijan begin to enter a new phase of negotiations, here’s a reminder of what was introduced in the past.

The proposal, which tackled both Karabakh’s legal status as well as security issues together, as a package, envisaged the inclusion of Karabakh within Azerbaijan as a broadly autonomous national and territorial entity. Karabakh would maintain a connection with Armenia through the Lachin corridor, which had come under Armenian control during the first Karabakh war, and which Azerbaijan would lease to the OSCE Minsk Group – a negotiating body chaired by Russia, US, and France, tasked with finding a solution to the Karabakh conflict. The Minsk Group would provide the use of the corridor exclusively to the Nagorno-Karabakh authorities. The remaining territories that had come under Armenian control during the war would be returned to Azerbaijani control. Then-Armenian President Levon Ter-Petrossian was in favor of this proposal, but it was rejected by a majority of Armenia’s senior leadership and the Karabakh leadership.

The proposal envisaged 1) the gradual return of the territories outside the Nagorno Karabakh Autonomous Region (NKAO) to Azerbaijan, except for the Lachin region; 2) deployment of peacekeepers; 3) provision of security guarantees for the Armenian population of Nagorno Karabakh; 4) the final determination of Karabakh’s legal status to come in later negotiations. Then-Armenian President Levon Ter-Petrossian was in favor of this proposal, but as the “package” proposal, this was also rejected by Armenia’s senior leadership and the Karabakh leadership.

This proposal was introduced by then-Russian Foreign Minister Yevgeny Primakov. This plan presupposed a common state comprising Azerbaijan and Karabakh, which would mean horizontal relations between Baku and Stepanakert, and not a hierarchical one. Azerbaijan rejected this plan before Armenia and Karabakh had a chance to react.

The proposal envisaged 1) the unification of Nagorno Karabakh’s (NKAO territories) with Armenia via the Lachin corridor; 2) the return of territories outside NKAO to Azerbaijan; 3) guarantees of unobstructed communication and transportation between Azerbaijan and Nakhichevan through overpasses or bridges.

Then-Azerbaijani President Heydar Aliyev agreed to the plan at Key West, but rejected the plan upon being met with opposition when he returned to Baku.

The Madrid Document was based on the premise (which came to be known as the Madrid Principles) that the resolution of the conflict would require addressing four aspects: security, status, return of refugees and return of territories. The document was submitted to that year’s OSCE Ministerial Council meeting, convened in Madrid. The Madrid Document proposed:

1) Future determination of the final legal status of Nagorno-Karabakh through a legally binding expression of will (or referendum);

2) An interim status for Nagorno-Karabakh providing guarantees for security and self-governance;

3) The return of the seven territories under Armenian control, surrounding Nagorno-Karabakh, to Azerbaijani control; with two of those territories – Kelbajar and Lachin – being returned at a later date;

4) A corridor linking Armenia to Nagorno-Karabakh;

5) The right of all internally displaced persons and refugees to return to their former places of residence;

6) International security guarantees that would include a peacekeeping operation.

Victor Soghomonyan: “The issues essential for the Armenian side are for some reason obscured in Warlick’s speech”

The Kazan plan, put forth in the Russian city of Kazan during a summit meeting of the presidents of Russia, Armenia and Azerbaijan, proposed a “package” deal with “fixed phases”. The document included the following:

2) Granting of interim status to Karabakh outside of Azerbaijan

4) Future determination of the final legal status of Nagorno-Karabakh through a legally binding expression of will;

5) Return of the Kelbajar and Lachin regions to Azerbaijan (except for the Lachin corridor) after the referendum. Prior to the return of the regions to Azerbaijani control, limited Armenian military presence would be allowed in the Kelbajar region until a peace agreement is signed. The location of the Armenian limited military unit would be determined by the International Transitional Commission.

Armenia was ready to sign the document but Azerbaijani President Ilham Aliyev rejected the Kazan plan.

In 2015, Russia’s Foreign Minister Sergei Lavrov put forward its own modification of the Kazan document, which became known as the Lavrov Plan. It envisaged the return of the five and then later on the remaining two regions to Azerbaijan without guarantees of a future referendum. In order to ensure the security of the Armenian population of Artsakh, Russian peacekeepers would be placed along the corridor connecting the NKAO border with Armenia. Communication and transportation links were also to be unblocked.

Russia presented this option to the parties once again in April 2019, but Nikol Pashinyan’s administration rejected it in April 2020.

Richard Hoagland: ‘Lavrov plan’ on Karabakh peace not backed by conflicting sides ‘as yet’

“It’s time to revive, recreate, and re-establish our will and determination”, David Akobyan