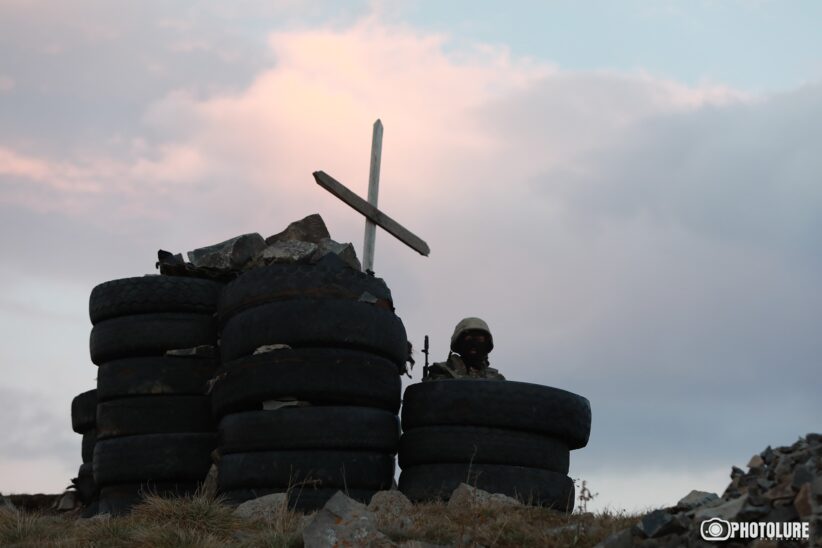 Fifteen Armenian servicemen have died and 12 more have been taken prisoner after Azerbaijani forces fired on Armenian positions using artillery and armored vehicles on the Armenia-Azerbaijan state border in the southern Syunik region on November 16. The clashes, which began around 1 PM local time, were reported by Eduard Aghajanyan, member of parliament for the ruling Civil Contract party and chairman of the standing Committee on Foreign Affairs. Four Armenian servicemen were also confirmed wounded and two combat positions lost to Azerbaijani forces.

Throughout the day, the defense ministry reported that the situation in the eastern part of the border is “extremely tense,” and that local battles are taking place with the use of artillery, armored vehicles and firearms of different calibers. One statement by the ministry added that Azerbaijan has suffered large losses of armored vehicles and manpower.

Armen Grigoryan, the Secretary of Armenia’s Security Council, said in a televised interview that Armenia is applying to Russia, its strategic ally, to seek help in “restoring the country’s territorial integrity.” Grigoryan confirmed that there were casualties and wounded on both sides.

The Armenian Foreign Ministry released a statement, stating that The Republic of Armenia, according to the UN Charter, has the right to repel the use of force against its territorial integrity and sovereignty by all means, the statement added that Azerbaijan’s actions are in clear violation of the November 9, 2020 ceasefire agreement.

On November 14, units of the Azerbaijani Armed Forces with the help of armored vehicles crossed the state border into Armenian territory and surrounded four positions of the Armenian Armed Forces. According to a statement by the Security Council of Armenia, after negotiations took place, Azerbaijani troops left the territory of Armenia, and units of the Armenian Army withdrew from the four aforementioned combat positions.