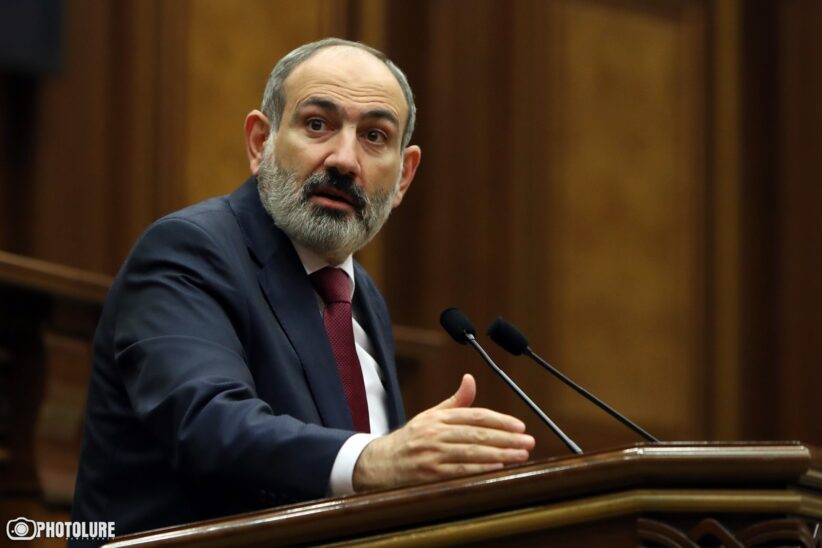 On Tuesday Armenian Prime Minister Nikol Pashinyan confirmed rumors that a November 9 meeting in Moscow with Azerbaijani President Ilham Aliyev and Russian President Vladimir Putin had been proposed. That meeting did not take place.

In his first press conference in more than a year, Pashinyan said that he had been willing to meet with Aliyev and Putin on November 9, but only if major issues, including the fate of Armenian prisoners of war held in Azerbaijan, were to be discussed.

When it became clear that such topics were not on the table, the meeting was postponed, Pashinyan explained.

“I sincerely said that November 9 is a difficult and bitter day for us, but if it turns out that, for example, we can solve the issue of prisoners, I am ready to participate in this online forum,” said Pashinyan at his press conference, which was live streamed on his official Facebook page and lasted over two hours.

November 9 is a sensitive date in Armenia because it marks the anniversary of the signing of a Russia-brokered ceasefire with Azerbaijan to end last year’s hostilities in and around Karabakh. The September-November 2020 war left Azerbaijan in control of swaths of territory previously controlled by Armenian forces, with thousands dead or injured on both sides and tens of thousands more displaced.

Just hours before Pashinyan’s press conference began, the Kremlin’s press service announced the Aliyev-Pashinyan-Putin meeting had been rescheduled for this Friday in the Russian resort city of Sochi.

“It is planned to review the implementation of the agreements of the leaders of the three countries of November 9, 2020 and January 11, 2021, as well as to outline further steps to strengthen stability and establish peaceful life in the region,” the Kremlin’s press release said. “Special attention will be paid to the restoration and development of trade, economic and transport ties.”

November 9 refers to the Russia-brokered ceasefire signed by Armenia and Azerbaijan, while January 11 refers to an agreement establishing a high-level working group of Armenian, Azerbaijani, and Russian officials to implement the ceasefire agreement.

Despite the agreements, clashes, shoot-outs, and other ceasefire violations continue to break out periodically in and around Karabakh and along the Armenia-Azerbaijan border, which officially remains undemarcated and undelimited.

Last week saw the deadliest clashes since the war’s end. At his press conference, Pashinyan said that at least six Armenian soldiers were killed and 32 captured last week.

At his press conference, Pashinyan said that he expects to sign a document in the near future with Azerbaijan establishing a joint commission to demarcate and delimit the two countries’ shared border.

“A potential document that will be signed will be traced to the fact that Armenia and Azerbaijan are forming a commission that begins to deal with the delimitation and demarcation of borders,” he said.

Delimitation refers to the process by which a border is legally defined, while demarcation involves the process of physically marking a border, such as by building a fence or wall, according to the Organization for Security and Cooperation in Europe.

“Azerbaijan has adopted a policy of violence toward Armenia. Azerbaijan is in a post-war euphoria,” Pashinyan said Tuesday. “We are not avoiding direct communication with Azerbaijan, despite their aggressive behavior toward Armenia.”

At his press conference, Pashinyan also touched on the issue of opening a transport connection between mainland Azerbaijan and its exclave of Nakhichevan via Armenia, which has emerged as a sticking point in Armenia-Azerbaijan post-war negotiations.

A pledge to unblock “all economic and transport connections in the region” was included in last year’s ceasefire agreement. Azerbaijan, in coordination with its close ally Turkey, has imposed a devastating economic blockade on Armenia for over 25 years.

If established, the connection will remain under Armenian sovereignty, Pashinyan said, adding that the ceasefire agreement says that all international roads will remain under the control of the countries in whose territories they lie.

Azerbaijan refers to the transport link as the “Zangezur corridor,” implying that the Azerbaijani government would have some form of control over the route. Zangezur refers to a historical area that covers most of Armenia’s southernmost Syunik region and some adjacent territories.

Armenian officials, including Pashinyan, have repeatedly pushed back against what they term Azerbaijan’s “corridor logic,” saying that a connection between mainland Azerbaijan and Nakhichevan through Armenia would not constitute a corridor.

Pashinyan and Aliyev are also scheduled to hold a European Union-brokered meeting on December 15 in Brussels on the sidelines of this year’s EU Eastern Partnership Summit.

The “leaders have agreed to meet in Brussels to discuss the regional situation and ways of overcoming tensions for a prosperous and stable South Caucasus, which the EU supports,” said an EU press release.

“​​In Brussels we will discuss humanitarian issues, including prisoners of war,” Pashinyan confirmed at his Tuesday press conference. “We will discuss bilateral relations within the context of the EU Eastern Partnership Summit.”

The Eastern Partnership is an initiative that governs the EU’s relationships with six former Soviet countries, including both Armenia and Azerbaijan.

The Minsk Group was formed by the Organization for Security and Cooperation in Europe in the 1990s and is meant to encourage peaceful resolution of the conflict between Armenia and Azerbaijan. France, Russia, and the United States co-chair the group.

Armenia has repeatedly made known its desire to conduct peace negotiations with Azerbaijan through Minsk Group mediation.

At his press conference, Pashinyan said that contact between the Armenian and Azerbaijani governments should be more frequent, “in order to be able to find solutions and to try to avoid crises.”

“As the presiding country, we must work to ensure that the CSTO takes an appropriate part in ensuring security in our region,” Pashinyan said.

In preparation for Tuesday, CivilNet submitted two questions, both of which went unanswered in the course of Pashinyan’s press conference.

The first question raised growing concerns about corruption in Pashinyan’s government, noting specific cases in which prominent, Pashinyan-allied politicians and their relatives won government tenders. In one much-discussed case in September, the brother of Alen Simonyan, the speaker of the National Assembly and a close Pashinyan ally, won two government contracts, raising concerns over potential conflicts of interest.

The second question noted that “since 1992, all the settlement plans proposed by the mediators have accepted the borders of the former NKAO as a political unit,” referring to the Nagorno-Karabakh Autonomous Oblast, a Soviet-era administrative unit.

CivilNet asked: “Does the Republic of Armenia currently have an official position on the borders of Nagorno-Karabakh? And would any upcoming negotiations address the return of Shushi and Hadrut?”

Putin, Pashinyan, Aliyev will meet in Sochi on Nov 26