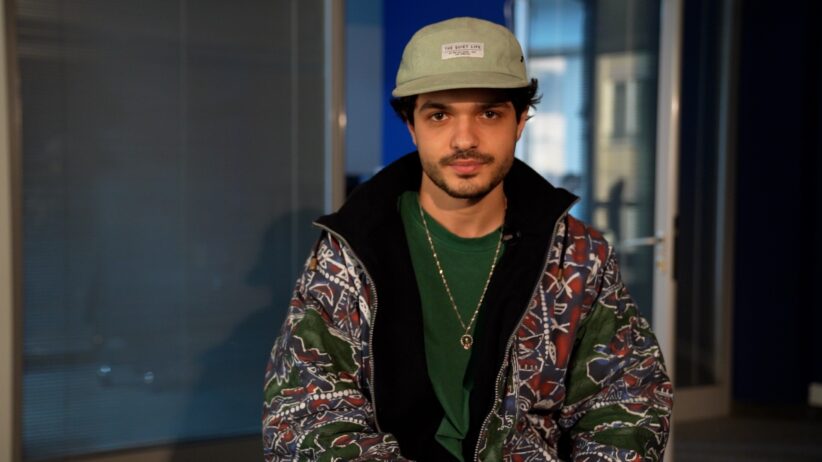 Daao is an Armenia-based artist who recently dropped his first album. Hailing from a small city, he traveled to Sri Lanka, where in the island’s ancient jungles he set up a small studio to work on his new release.

The album itself, as Daao describes, was a reflection on his childhood. “A trip back to childish joyfulness,” was how he put it. Documenting his memories, his first album comprises music he had been working on during the past three years, from more than 200 different projects.

“It’s always better to listen to and nourish your inner child, cuz in the end, life is beyond the matrix of the modern world. Have fun with what you are truly passionate about and life will smile back to you.”

From the heart of the Caucasus to the Indian Ocean island, Daao released his first album on September 26, an addition to the already blossoming electronic music scene in Armenia. A scene which has seen Armenian artists begin to travel the world and showcase this musical phenomenon.

“This album is my soul, my world, the love/heartbreak, acceptance/annoyance, anxiety/confidence, curiosity/courage, desire/disappointment, the doubt, the distrust, the happiness, the rage, the hope/worry, passion, the people I met, the entirety of a human inner world expressed through sound.”

Daao himself has been on quite a journey. From serving in the Armenian Army to his active role in Yerevan’s contemporary music scene, his new album will be awaited by Yerevan’s other artists and avid listeners.

“After the army, I started being interested in underground music. Since my friends had started to listen to completely different genres, it piqued my curiosity, too. So, with time, I started studying various genres and wrote music in those genres. As a result, a lot of projects were accumulated which I realised I wanted to sum up, put a musical checkpoint, and the idea of the album came to mind.”

Yerevan’s scene is really catching people’s attention as of late, including foreigners continents away. As the scene continues to grow, artists like Daao are some of the OG faces that saw what it was like years ago.

“What goes on in Yerevan truly excites me, because there is a constant flow of opportunities for people who are new to the scene. Everything is constantly evolving, there is steady progress. And I am very happy that I am a part of it, inside it. There are many people with bright enthusiasm in their eyes, who fight for it, enlarge the scope, and bring forward new ideas. So I believe all of this will have a strong progress, widen its scope, and new artists will emerge, bringing something new to the table.

2. still do love you

In Karabakh, villagers harvest pomegranates few meters away from Azerbaijanis