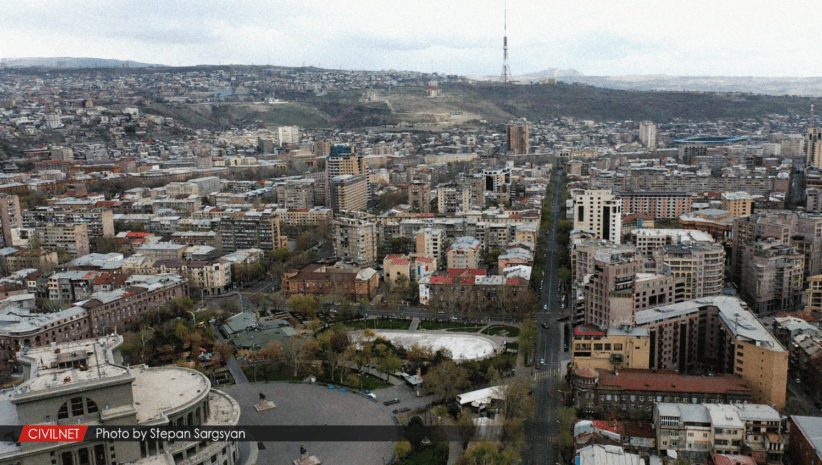 In October the International Monetary Fund and World Bank revised their forecasts for Armenia’s economic growth in 2021 upward, with both organizations now expecting Armenia’s gross domestic product to grow by over 6% this year.

Those numbers are significantly higher than the 3.2% economic growth envisaged in Armenia’s 2021 state budget, approved by parliament last December.

The higher-than-expected growth figures come as Armenia works to rebuild from 2020’s twin blows of a global pandemic and war with neighboring Azerbaijan. Armenia’s GDP shrunk by 7.4% last year, according to IMF and World Bank figures.

“In the absence of renewed lockdowns or serious domestic or regional instability, the [Armenian] economy is expected to return to pre-COVID output levels by mid-2022,” the World Bank said in its October report.

There have been three main driving forces behind Armenia’s economic growth this year, according to economist Haykaz Fanyan, who serves as the director of the Armenian Center for Socio-Economic Studies, an independent think tank.

They are: increasing private consumption, higher international prices for metals and other goods that Armenia exports, and growing remittance flows from countries with large Armenian diaspora communities, like the United States and Russia.

But in an interview with CivilNet, Fanyan sought to temper expectations around Armenia’s economic performance this year. “I do not agree with the formulation that the Armenian economy is showing unexpectedly high growth,” Fanyan said.

“We are on the recovery stage, and the Armenian economy demonstrated moderate growth” this year, he continued. “We can talk about full recovery maybe in 2022 only.”

“The unemployment rate in the labor market in Armenia is very high, as far as I remember, about 18%,” he explained. “That’s why many Armenians are going abroad for seasonal work, especially Russia.”

Meanwhile Armenia is also struggling to tamp down inflation. According to Fanyan, the 12-month inflation rate is 9.6% as of November, largely due to high international prices on fuel and vegetable oils and other products which have a significant share in the Armenian consumer basket.

He added that Armenia’s territorial losses in last year’s war in and around Karabakh have also contributed to higher food prices, since a significant portion of the land lost in the war is fertile and fit for agricultural production.

In order to improve the country’s economic potential, Fanyan argued, Armenia should work to ramp up exports and attract more foreign capital.

“The Armenian economy is a small, open economy,” he said. “That’s why the Armenian economy should, first of all, be focused on exports, because our internal market is very limited. Our population is about 3 million and our GDP is about $13 billion.”

“It should be also very important to be focused on the attraction of foreign investments,” Fanyan continued. “The geopolitical situation around Armenia is not so attractive for foreign direct investments, and the government should undertake measures to make Armenia more attractive for international companies.”

“International large corporations can bring business culture, they can bring technologies, they can bring also knowledge which is very important for the Armenian economy, and they can provide capacity for the development of other sectors as well,” he said.

Those measures could include investment incentives and reforms to simplify the administrative and bureaucratic processes around setting up a business venture in Armenia, Fanyan said.

In addition, Fanyan said he agreed with Economy Minister Vahan Kerobyan, who in a recent interview with CivilNet argued that the Armenian government should prioritize boosting companies’ productivity, among other reforms.

“Our companies have low productivity and hence they are not able to pay the salaries that are needed to attract people,” Kerobyan said. “So to sort this out, we actually have to help companies to improve their productivity, so they can hire people with the proper salaries.”

“There are three main areas where we are going to help our companies to improve their productivity. The first area is to help them modernize their equipment, their production facilities. We’re just about to start a new government program subsidizing” new equipment purchases, Kerobyan said.

“The second pillar is digital transformation. More than 90% of our companies are digitally immature, and we want them to transform their operations in a way that they become more digital and, of course, more competitive.”

Kerobyan continued: “The third pillar of the growth of productivity is process improvement. Many companies in Armenia lack the knowledge of correct supply chain management, internal process management. So we want to help the companies to bring in professionals from abroad,” also through a new government program that will subsidize those costs.

“All these three pillars will help to improve our overall productivity of the economy,” Kerobyan concluded.

In response to Kerobyan’s comments, Fanyan noted that “a focus on productivity doesn’t contradict with the export orientation of the economy. I think that productivity is a very important factor to reach economic growth over the upcoming years.”

What should Armenia’s redlines be in the current talks with Azerbaijan?

Armenia’s ruling party wins election in most of the municipalities, but loses major cities