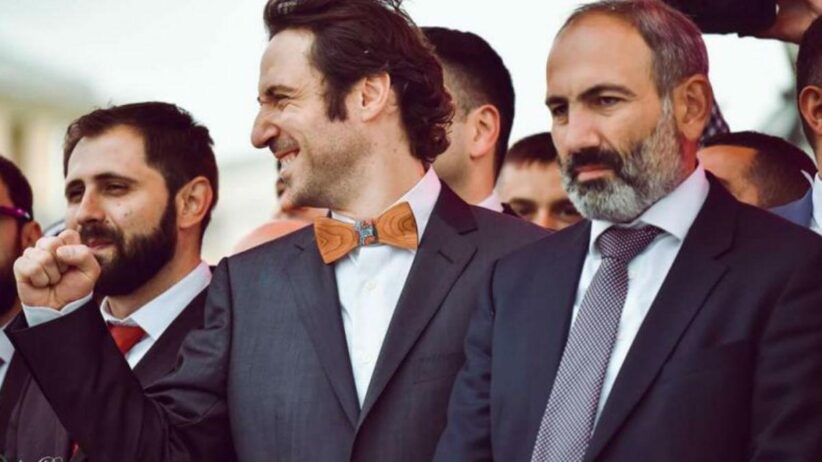 Members of the Yerevan City Council started impeachment proceedings on Wednesday against Yerevan Mayor Hayk Marutyan. Armen Kotolyan, a member of Prime Minister Nikol Pashinyan’s My Step ruling faction, told CivilNet that 38 of the 65 members of the council have already signed to impeach Marutyan.

The initiators of this vote of no confidence will need a majority vote in order to remove Marutyan from office.

The reasoning behind this decision is not yet clear, but speculation exists that this is due to Marutyan distancing himself from Pashinyan after the 2020 Nagorno-Karabakh war and not campaigning for the party’s reelection during the June 2021 snap parliamentary elections.

Marutyan, an actor and comedian, popularized with a hit TV series, was a close ally of Pashinyan during the 2018 Armenian Velvet Revolution. He won the mayoralty in a landslide election in September 2018, garnering 81% of the vote.

In an interview with CivilNet’s Stella Mehrabekyan, Arsen Torosyan, a member of the parliamentary ruling party, stated that Marutyan has severed ties with the political team that brought him to power.

Members of the ruling party held closed door meetings today with Pashinyan’s participation, where the issue of Marutyan’s impeachment was discussed.

Just last Sunday, the Armenian Times newspaper, which belongs to Pashinyan and his family, published an article targeting Marutyan and accusing him of meeting in secret with Pashinyan’s archrival, former President Robert Kocharyan.

Marutyan became a member of the Civil Contract party in June 2018, shortly after the revolution. But, by November 2020, after Armenia’s defeat in the 2020 Nagorno-Karabakh war, it became known that Marutyan was no longer a member of the ruling party.

Marutyan remains popular among Yerevan’s residents, due to his administration’s handling of a waste management crisis in 2019 as well as for transport reform. Shortly after news broke of the no confidence motion against the Yerevan mayor, Marutyan posted on Facebook that he had given the greenlight for further purchases of 100 new buses and 100 new elevators by the Yerevan Municipality.

“Next year, we will have a total of 1,000 replaced elevators, and we have already purchased about 520 new buses,” Marutyan wrote.

Advocating the Armenian cause in Rome