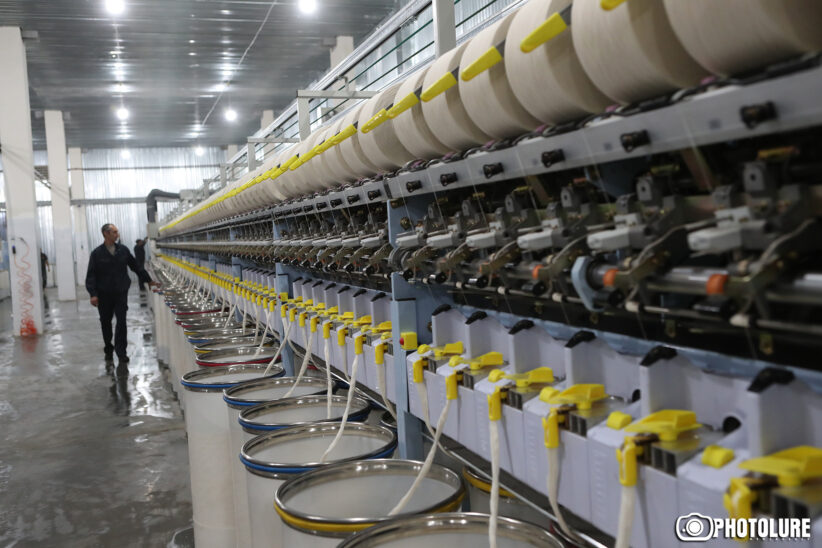 Armenia will leave a European Union preferential trade scheme next month after being reclassified as an upper middle income country by the World Bank.

Since 2009, Armenia has benefited from the EU’s Generalized Scheme of Preferences Plus program, under which Brussels granted Yerevan full tariff removal on over 6,000 eligible products.

In 2020, Armenia exported €128 million of goods to the EU under GSP+, more than three times more than it exported when it joined the reformed program seven years ago. According to European Commission figures, about 18% of Armenia’s total trade last year was with the EU, making the bloc one of Armenia’s largest export markets.

More than 96% of Armenia’s exports to the EU under GSP+ are base metals, which the EU defines to include aluminum, copper, lead, tin, and zinc. The mineral industry plays a leading role in Armenia’s economy, and the country enjoys considerable deposits of copper, gold, and molybdenum.

Starting in January, Armenia will begin trading with the EU on the basis of a Comprehensive and Enhanced Partnership Agreement, which does not foresee preferential trade.

As a result of leaving GSP+, Armenia “will face significantly higher import tariffs at the EU,” with “the EU simple average import duty” increasing to 5.1% from 0.8%, according to a 2020 study by the German consulting group Berlin Economics.

The report predicts a 20% reduction in Armenian exports to the EU year-on-year, with the textile and apparel sector expected to be particularly hard-hit. That would be a decline in trade of $114 million, though that figure may be brought down by export reorientation efforts.

Using the study, CivilNet has taken a deeper, sector-by-sector look at how Armenia-EU trade will fare next year.

Armenia’s textile and apparel sector has seen high growth in recent years, with production tripling between 2015 and 2019.

The industry got an additional boost in December 2020, when the Armenian government banned the import of Turkish goods in response to Turkey’s support for Armenia’s bitter rival, Azerbaijan, in last year’s war in and around Karabakh. Before the ban, clothing was Turkey’s number one export to Armenia.

In 2019, Armenia exported 1,800 tons of apparel to the EU, worth $78 million in total. Armenia actually exported more apparel to Russia by weight, but at less than half the price, for a total of $84 million. (However, it is worth noting that only half of Armenia’s yearly apparel exports was eligible for preferential treatment under GSP+ rules.)

According to Berlin Economics, Armenia’s exit from GSP+ will result in a loss of $39 million for the apparel industry. The study noted that reorientation of exports to Russia is “unlikely” because of “different market segments” in Russia.

Ferro-molybdenum is an alloy, or mixture of metals, of iron and molybdenum. It is primarily used to make steel. Armenia is a major world producer and exporter of ferro-molybdenum.

The Zangezur Copper-Molybdenum Combine, located in Armenia’s southernmost Syunik region, is the country’s largest ferro-molybdenum producer and one of Armenia’s largest taxpayers.

In October, the Russian company GeoProMining bought a majority stake in the mine and ceded a minority share to the Armenian government in unclear circumstances.

That will result in a loss of $3.8 million of exports for Armenia, according to the Berlin Economics study, which called export reorientation of ferro-molybdenum “very unlikely” because the EU is the “dominant world buyer” of the metal and because “Russia, the second export destination, offers [a] much lower price.”

Armenia’s sole aluminum foil manufacturer, Armenal, is located in Yerevan’s Arabkir district. It is a subsidiary of the Russian aluminum giant Rusal, one of the world’s largest aluminum companies.

For many years, Rusal was owned by Oleg Deripaska, a prominent Russian oligarch and at one time the country’s richest man. The U.S. government has maintained personal sanctions against Deripaska since 2018.

When Armenia leaves GSP+, the EU’s tariff on aluminum foil will jump from 0% to 7.5%, which the Berlin Economics study terms a “significant shock.” That will result in a loss of $67 million of Armenian exports to the EU.

While the report predicts that those losses may be cushioned by export reorientation to the United States, that prospect has now been jeopardized by the recent imposition of antidumping duties on Armenian aluminum foil by the U.S. government.

In a recent CivilNet interview, Deputy Minister of Economy Arshak Aslanyan acknowledged that “the production of aluminum will suffer first,” but noted that aluminum’s “production, regardless of the GSP+ system, is constantly shaken, [since] various sanctions are applied both in the USA and in the EU.”

“Of course, we are negotiating,” he said.

‘The people of Artsakh embody will and determination’, Gérard Guerguerian