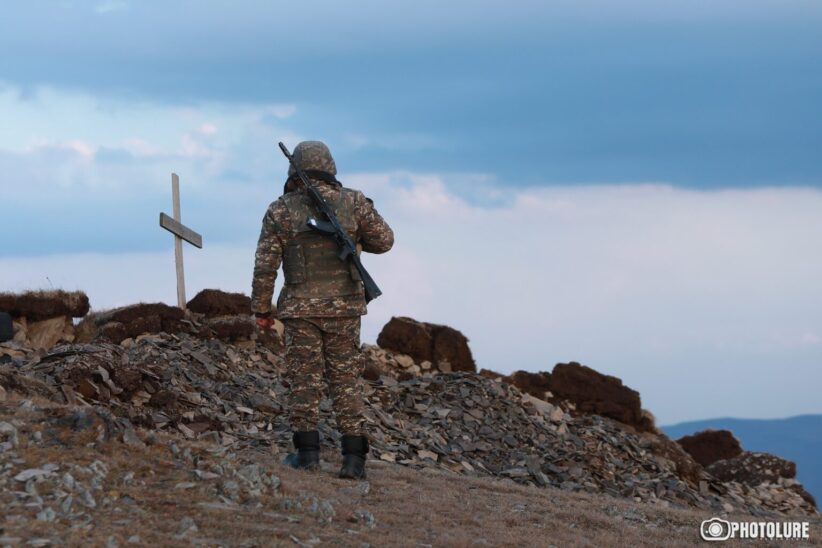 A fresh outbreak of fighting along the Armenia-Azerbaijan border on Tuesday has left at least two Armenian soldiers and one Azerbaijani soldier dead, according to officials in the two countries.

In addition, two Armenian servicemen were wounded in the incident, according to reports. The state-run Armenpress news agency has said that “their lives are not in danger.”

According to the Armenian Defense Ministry, Azerbaijani forces on Tuesday afternoon opened fire, “using artillery and drones,” near the village of Verin Shorzha in Armenia’s eastern Gegharkunik region.

In further statements, the ministry said that the shoot-out was “suppressed due to retaliatory actions of the Armenian side” and stated that, as of Tuesday evening, the area was “relatively stable” and “under full control of the Armenian armed forces.”

Meanwhile, Azerbaijan’s Foreign Ministry said that one Azerbaijani soldier had been killed in the direction of the Kelbajar district, a mountainous area under Azerbaijan’s control that borders parts of Armenia’s Gegharkunik and Vayots Dzor regions.

Armenia’s Foreign Ministry “strongly condemned today’s gross violation of the ceasefire regime by Azerbaijani forces” and called the clashes “another manifestation of the continuous encroachments of Azerbaijan on the territorial integrity of Armenia, which have started since May 12, 2021.”

“We call on the Azerbaijani authorities to refrain from provocative actions and implement their commitment on establishing stability in the region,” the ministry’s statement continued.

Tuesday’s incident is the latest in a string of clashes between Armenian and Azerbaijani forces in and around Karabakh and along the Armenia-Azerbaijan border, which officially remains undelimited and undemarcated. Violence between the two sides has flared up periodically since a Russia-brokered ceasefire came into effect in November 2020.

That agreement ended 44 days of fierce fighting between Armenian and Azerbaijani armed forces in and around Karabakh. The war left Azerbaijan in control of swaths of territory previously controlled by Armenian forces, with thousands dead or injured on both sides and tens of thousands more displaced. Russian peacekeepers were also deployed to the region as part of the deal.

Instability in the Caucasus and normalization of Armenia-Turkey relations