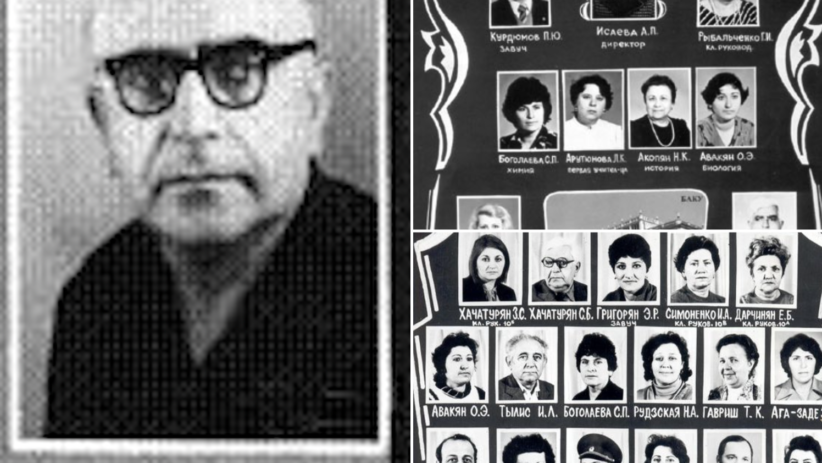 So far, the new year has taken things in very unexpected directions. Most prominently, after a fruitless year of encouraging the Collective Security Treaty Organization (CSTO) to respond to the attacks on Armenia by Azerbaijan, it suddenly sprung into action for the first time ever in response to sudden massive protests in member state Kazakhstan. This means Armenian troops headed to Kazakhstan to defend strategic sites while still facing the daily threat on their borders. Some believe it was the distraction in Kazakhstan which led to Azerbaijan’s latest attack against Armenia on January 11. Three young soldiers, Arthur Artyom Mkhitaryan (born in 2002), Rudik Rafik Gharibyan (born in 2002) and Vahan Vachagan Babayan (born in 2003), were killed in the clashes.

Their deaths struck a nerve in Armenian social media, as Rudik in particular was a well-known denizen of that space. He was an Eastern Armenian language Wikipedian, one of many young people who contributed their time to translating and expanding the site’s offerings in the Armenian language. He was also the first graduate of COAF’s SMART Center in Lori which provides creative, technical and intellectual resources to youth in that northern region that borders Georgia. With Ilham Aliyev essentially taking credit for the deaths of three young men who had so much to offer, it was a callous reminder of the violent lengths the dictator in Baku will go to in order to get his way, despite his claims to the world that he is seeking peace.

One interesting thing about following social media is you never know who might speak up about Armenia. The recent CSTO mobilization resulted in former US Ambassador to Russia, Michael McFaul, calling the organization “a club of autocrats to counter the democratic EU”. He was refuted by none other than former US presidential candidate and Vermont Governor Howard Dean, who succinctly countered that Armenia has a democratically elected government and must be careful not to offend Russia.

McFaul countered that he meant to say Armenia was an autocracy when it joined CSTO, which again invited pushback as the term autocracy hardly seems appropriate to describe any of Armenia’s past governments, especially in the context of its fellow CSTO members. In addition, note that Armenia is an original member of CSTO from the defense pact’s founding in 1992. McFaul’s assertion that Armenia joined at some later date along with Kyrgyzstan is incorrect.

If you follow Caucasus region social media like we do, you’ll notice that various Azerbaijani officials, leading figures, and sympathetic “analysts” seem to move in lock-step from week to week through various, usually anti-Armenian, talking points. It has been quite obvious that just like governmental structure, much of Azerbaijani social media is also a top-down dictated affair, even extending to various non-Azerbaijanis at American think tanks. This recent piece by EurasiaNet published a cache of messages which confirm what we have long suspected: that there is indeed a network of news outlets, journalists, analysts and paid lobbyists who receive daily instructions via WhatsApp from the Aliyev regime about what talking points to emphasize that day. It’s always good social media hygiene to know the true origin of what you are reading, even when it purports to come from “independent” analysts based in D.C.

Unfortunately, the above aren’t the only ones carrying water for the Aliyev regime on social media. Over the past couple of years, it has become glaringly obvious that the Simon Wiesenthal Center, which was founded as an international center for Holocaust remembrance and the defense of human rights, has also become one of the Aliyev regime’s lobbying partners. Besides tweeting its “thanks” to President Aliyev for his friendship, and other pro-Azerbaijani statements, there are regular blatantly anti-Armenian messages as well, such as the one above.

Armenian groups such as the Armenian National Committee of America have questioned the Wiesenthal Center on its support of Aliyev, and in return received this very antagonistic reply basically telling them to invite (fund) a trip for them to Armenia or else back off. Particularly odd is the tweet’s implication that the US-based ANCA should be acting like a “faith leader”, despite it having nothing to do with religion. Worse is the seeming quid-pro-quo request: fund our work or we’ll write what we like. If there is an explanation, it doesn’t lie in the center’s original mission or the work of its namesake. Is it instead about Israeli arms sales and its animosity with Iran?

Within weeks, more waves were made with the American Jewish Committee’s own visit to Baku for its latest photo-op with Ilham Aliyev. The AJC’s relations with the Armenian community has been strained going back to its role in fighting recognition of the Armenian Genocide in Congress, though after President Biden’s recognition in 2021 AJC’s CEO David Harris (who was on the trip) released an op-ed on the importance of that recognition. Also of interest, whereas the AJC saluted the opening of the relatively low-level diplomatic post of “Azerbaijani Trade Representative Office” in Israel, it did not appear to comment at all when Armenia opened a full-fledged embassy in Israel in 2020. Certainly more Armenian-Israeli outreach is needed to get to the bottom of this double standard in relations.

While at its worst, social media is harnessed as a tool for disinformation, dehumanization, and vilification, at its best it can also be a conduit for dialogue and remembrance. A tweet thread by Azerbaijani Nazrin Gadimova dedicated to the 32nd anniversary of the Baku pogrom created a lot of discussion on social media. It created needed public discourse between the two peoples on their shared past.

Above are two of many reactions to the thread. While some may doubt the efficacy of this kind of dialogue, it is difficult to argue that such joint remembrances which delve into the complicated aspects of an ugly time are a bad thing. Remembering our common humanity is more important than ever. We will no doubt see more of these in the next month as there are more such anniversaries on the horizon.

Another reminder that while Baku is “no country for Armenian” these days, they have a long history there full of colorful characters and legends like “the All-Seeing Falcon”, as recalled by chess champion turned political activist Garry Kasparov.

With the prominence of the recent war and three decades of animosity, it can be hard to imagine Armenians and Azerbaijanis are linked by anything except the common dispute. However, this thread about a recently found artifact sheds light on the common aspects of history, geography, and culture shared by these two people. In particular, it delves into an acting couple, the Sourabians, who just after World War I had been touring Turkey and the Caucasus in Armenian performances of an Azerbaijani operetta, which they later introduced to America and toured with it there as well. In 1937, they starred in a film version of it, which has the distinction of being the first Armenian language film in America. Who would have thought?

Finally, a double-dose of news in the Armenian basketball world. Not only did Rex Kalamian get the chance to fill in as head coach of the Detroit Pistons, perhaps the only Armenian-American do so in the NBA since Jerry Tarkanian’s brief 1992 stint with the San Antonio Spurs, but only days later he was announced as the head coach of the Armenian National Team as well!

“A nation’s culture is vital for its existence, and we must do everything to develop it”, Simon Abkarian