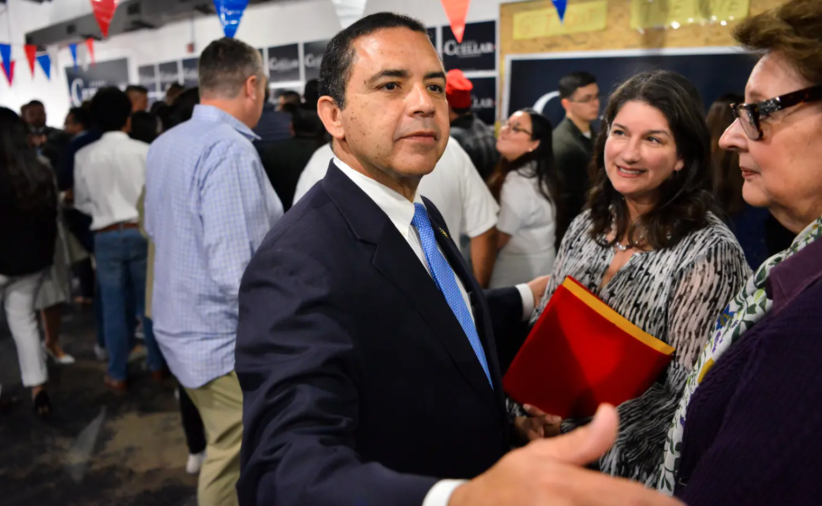 The Federal Bureau of Investigation raided Texas Rep. Henry Cuellar’s home and campaign office last Wednesday as part of a federal investigation into ties between Azerbaijan and the United States, ABC News has reported.

Last Friday the outlet reported that a federal grand jury in Washington had also issued subpoenas seeking records about multiple U.S. companies and organizations with ties to Azerbaijan, including records relating to Rep. Cuellar, his wife, and at least one of his campaign staffers.

The FBI and Justice Department have declined to discuss the investigation with the media. An attorney for Rep. Cuellar told ABC News that “the congressman and his family are fully cooperating” with the probe. A statement from Rep. Cuellar’s office added that the congressman “is committed to ensuring that justice and the law are upheld.”

A subpoena reviewed by ABC News seeks records “relating to anything of value” that Rep. Cuellar or others close to him may have been offered by foreign officials or businesspeople.

The subpoena also states that the federal government is seeking information about Turkish businessman Kemal Oksuz, SOCAR, and the Azerbaijan Diplomatic Academy, among other entities. SOCAR is Azerbaijan’s state-owned oil and gas company.

Following a separate FBI investigation, Oksuz pled guilty in 2018 to “devising a scheme to falsify, conceal and cover up” the fact that a 2013 congressional trip to Azerbaijan was funded by the Azerbaijani government, according to the Justice Department. Rep. Cuellar and his wife were on that trip, according to congressional disclosure reports.

Rep. Cuellar has been a noted supporter of Azerbaijan in Congress, calling the country “a strong ally of the United States,” and even co-chaired the Congressional Azerbaijan Caucus.

Last April, Rep. Cuellar co-authored a Dear Colleague letter in which he urged other members of Congress to ensure that any humanitarian aid to Karabakh “be routed through either the Government of Azerbaijan or the United Nations, so that U.S. taxpayer resources do not come under Russian control.”

In the letter, he repeatedly warned against the presence of the Russian peacekeeping contingent in Karabakh, calling it “among the gravest challenges” the United States faces in the region. Russian peacekeepers have been stationed in and around Karabakh since the end of the 2020 war, to guarantee the security of civilians in the area, who are predominantly Armenian.

Rep. Cuellar also wrote that “the United States should support the historic chance for normalization between Armenia and Azerbaijan.” The letter was circulated by BGR Group, a U.S. lobbying and communications firm that also represents Azerbaijan’s Embassy in Washington.

In recent years, the Azerbaijani government has been implicated in attempts to buy or gain influence over lawmakers around the world, particularly in Europe.

Armenian President Armen Sarkissian to resign from his post