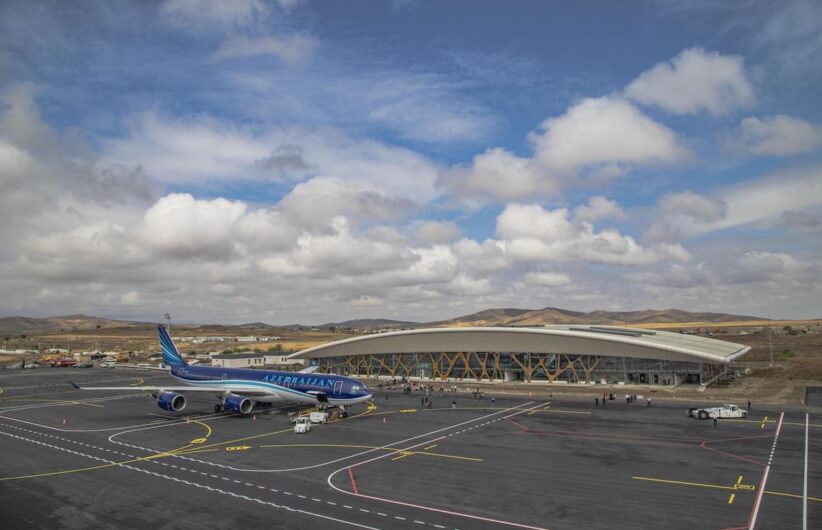 Rostam Ghasemi, the Iranian Minister of Urban Development and Roads, visited the formerly Armenian-controlled territories around Karabakh on January 24, marking the first time an Iranian high-ranking official has visited parts of Karabakh which were formerly under the control of the Artsakh Republic.

Ghasemi visited Fizuli airport, which was constructed after the 2020 Nagorno-Karabakh war, as well as the construction sites of the new airport in Zangilan and the railway between Horadiz and Aghband, which according to Azerbaijani sources, is 70% complete.

During the visit, Ghasemi reaffirmed the readiness of the Iranian side to participate in further infrastructure projects.

Azerbaijani President Ilham Aliyev expressed confidence during a video conference on January 25 that Iranian companies will soon participate in the infrastructure works.

In December 2021, Iran and Azerbaijan reached an agreement with Georgia regarding a transit route connecting the Black Sea to the Persian Gulf.

In addition, on January 25, 2022, Azerbaijani Defense Minister Zakir Hasanov paid a two-day visit to Tehran at the invitation of Iranian Chief of General Staff Mohammad Bagheri.