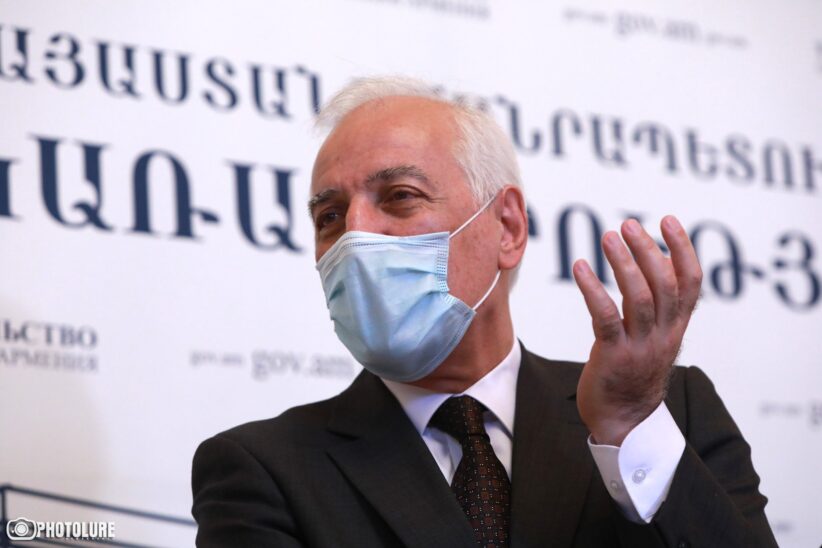 This comes after President Armen Sarkissian resigned suddenly on January 23.

Khachatryan stated that he would reveal further details tomorrow once the parliamentary speaker publishes the decision regarding Sarkissian’s resignation. According to the country’s constitution, in the event of a presidential resignation, snap presidential elections must be held not earlier than 25 and no later than 35 days following the resignation.

The president is elected by the parliament for a term of seven years.

Khachatryan also spoke in favor of Prime Minister Nikol Pashinyan’s proposal that there should be political harmony between Armenia’s president and the parliamentary majority.

Khachatryan was appointed as Minister of High-tech Industry on August 4, 2021, having also served as Mayor of Yerevan from 1992 to 1996.

The minister is a member of the Armenian National Congress party of former President Levon Ter-Petrossian, having led the party list in the 2013 Yerevan municipal elections.

From Syunik Road to the Turkish Diplomatic Forum: This Week In Fake News