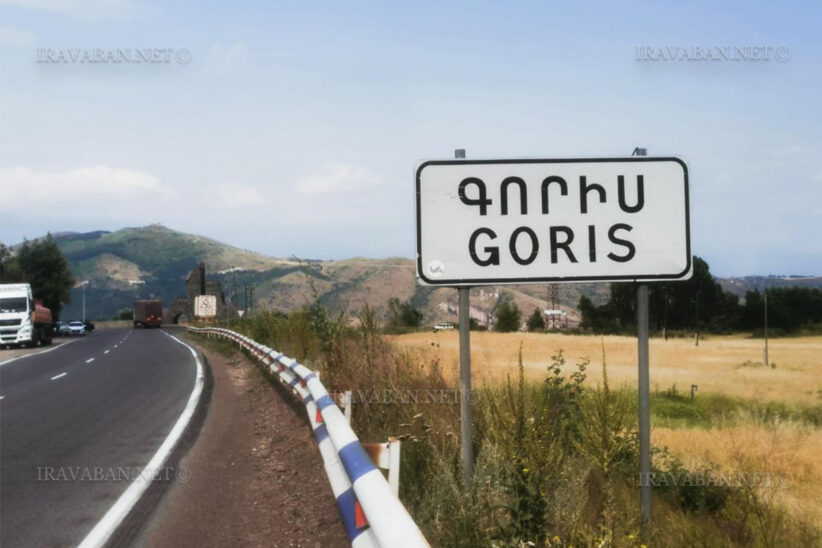 On January 11, Zhoghovurd newspaper wrote that Iranian truck drivers continue to use the main Goris-Kapan highway in Armenia’s southern Syunik region. Azerbaijanis had approached the highway in the aftermath of the 2020 Karabakh War and some of its sections came under effective Azerbaijani control in the fall of 2021. In September 2021, Azerbaijan levied custom duty on Iranians who continued to use the road and in November, Azerbaijan put up checkpoints on its section of the road, effectively ending the use of the road by Armenians. The road is an essential highway in Armenia’s Syunik region, connecting many villages and two of the main towns – Goris and Kapan. Azerbaijan’s control of the road created major disturbances not only for the residents of Syunik who now had no way out of certain areas, but also for regional truck drivers who pass through the road from Iran to Georgia and other places.

The newspaper further implied that despite the restrictions and the intimidation, Armenian citizens continued to use the road. This Zhoghovurd piece was widely republished by other Armenian outlets. #CivilNetCheck has found that Armenian citizens in fact do not use the Azerbaijani-controlled section of the Goris-Kapan road. This was confirmed by both Armenia’s National Security Service (NSS) and CivilNet’s team in Goris, who were told by Armenian border guards serving there that no Armenian cars are allowed to cross the checkpoint.

Furthermore, only a minority of Iranian truck drivers continue to drive on the Azeraijani-controlled section of the road. By November 2021, the alternative Goris-Kapan highway was largely repaved by the government and ready for use. Virtually all Armenians and most Iranians drive on the new, alternative road, passing through the village of Tatev.

Pashinyan’s Participation in the Antalya Diplomacy Forum Not Yet Confirmed

On January 27, Armenian and Turkish outlets wrote that Turkey’s Foreign Minister Mevlüt Çavuşoğlu has announced that Armenian Prime Minister Nikol Pashinyan will participate in the Antalya Diplomacy Forum in Turkey in March.

However, Çavuşoğlu was misquoted. #CivilNetCheck discovered that in fact Çavuşoğlu had quoted Pashinyan as saying that Armenia “may” participate in the forum. Pashinyan, had indeed, made that statement in his latest press conference.

Number of Government Cars to Increase in 2022, Despite Deputy Prime Minister Claim That They won’t

On January 28, Deputy Prime Minister Mher Grigoryan rejected journalists’ claim that in 2022 the number of cars serving government officials will increase. His claim is false. According to data on government vehicles obtained by CivilNet from the Finance Ministry, the number is expected to increase by 10, from 923 in 2021 to 933 in 2022.

PACE Resolution Not “Pro-Pashinyan”; It Also Calls for Return of Armenian POWs

Along with Turkish and Azerbaijani delegates, Hayk Mamijanyan, a parliament deputy from the opposition I Have Honor party, voted against the resolution prompting controversy in Armenia. He argued that the resolution was “pro-Nikol”. However, the resolution not only praises reforms and democratic development under Nikol Pashinyan, but contains key “pro-Armenian” points. These include the demand for the return of all Armenian prisoners of war (POWs), calls for a “just and lasting resolution of the Nagorno-Karabakh conflict, within the framework of the OSCE Minsk Group”, and the “importance of cultural and religious heritage and the urgent need to establish mechanisms required for its protection and restoration.”

On the other hand, Ruben Rubinyan, vice-speaker of the parliament, presented only the positive aspects of the resolution in a Facebook post, while skipping critical observations and recommendations for the government. Infocom.am noted that the resolution mentions that the June 2021 election was carried out in a “highly polarised environment” and deplores that “women were side-lined throughout the campaign.” The PACE resolution also calls on the Armenian authorities to further the reform of the judiciary, the electoral framework, strengthening the independence of the Human Rights Defender, among other things.