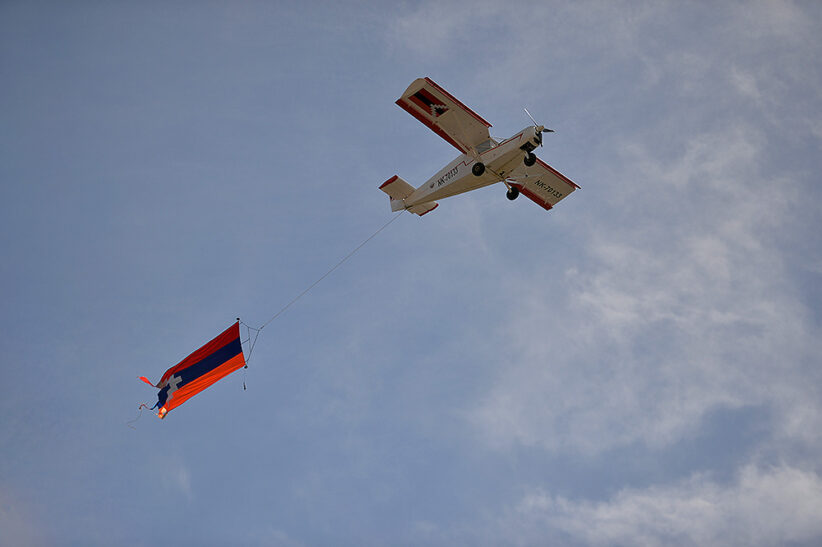 Last week, the International Republican Institute (IRI) published its latest public opinion survey conducted in all the regions of Armenia. The survey produced interesting findings about public perceptions on key security and foreign policy issues in the country.

These answers are noteworthy as they come on the back of Armenia’s catastrophic defeat in the Second Karabakh War. After the debacle of 2020, a general narrative has been promoted which suggests that due to the heavy toll of the 44-day war, the Armenian public is tired of Nagorno-Karabakh and is ready to leave its decades-long grievances in the past, and turn its focus to Armenia’s internal problems.

A similar argument has been made by various actors outside of Armenia. Notable members of the Karabakh analysts, as well as certain forces within the EU, have been trying to impose on the Armenian society a new post-war formula – Armenia needs to forget about the past and focus on its democratic development and modernization. The aim of this approach is to establish a victor’s peace in the South Caucasus, ignoring the vital needs and fundamental rights of Armenians in Artsakh and Armenia.

The results of the 2021 snap parliamentary election in Armenia were interpreted similarly. Nikol Pashinyan’s landslide win in the elections after his calamitous defeat in the war made multiple observers conclude that Armenia’s society accepted the new post-war status-quo. Moreover, it seems that Pashinyan himself interpreted his victory as a green light for softening Armenia’s position on the Nagorno-Karabakh conflict. He has made a U-turn on this issue after the elections and has avoided presenting his government’s clear stance on the conflict.

The findings of the IRI survey are in direct contradiction with the aforementioned narratives, approaches, and interpretations. A conclusion might be drawn based on those answers that the general public in Armenia is not ready to accept any solution to the Nagorno-Karabakh conflict that would put Artsakh under Baku’s jurisdiction.

The survey, of course, doesn’t show what costs the society is ready to bear to achieve their preferred solutions. And these solutions will most likely be impossible to reach at least in the near future. However, this is the view of the Armenian society that must be taken into account and respected.

All the stakeholders both within Armenia and beyond should realize that one-sided solutions to the conflict as well as attempts to establish ‘’peace’’ in the region at the expense of the weaker side cannot be viable in the long run. Some of the policies and approaches that have been promoted since the end of the 44-day war will result in the ethnic cleansing of Nagorno-Karabakh’s Armenian population if implemented. That is one of the reasons why the Armenian society after three decades of enormous hardships is not ready to consider any status for Nagorno-Karabakh within Azerbaijan.

Tigran Grigoryan is a political analyst from Nagorno-Karabakh. He holds a Master’s degree in Conflict, Governance, and International Development from the University of East Anglia.

Azerbaijan says it plans to erase Armenian heritage in Karabakh

What alternatives does Europe have to Russian gas?