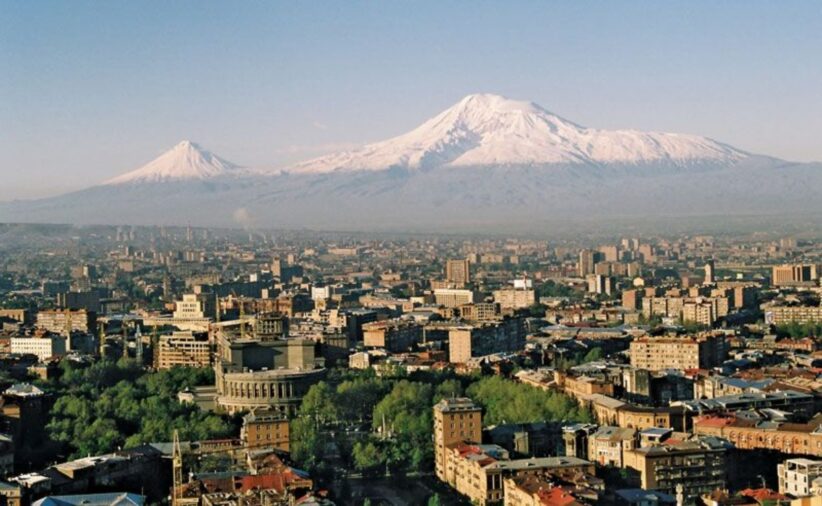 The challenges that Armenia has been facing throughout its history have catalyzed the development of the Armenian Diaspora communities to preserve and strengthen their identity, and build a strong relationship with the Republic of Armenia.

After the Nagorno Karabakh war in 2020, the Armenian identity through the diaspora was consolidated and it is in this context that the repatriation process was exacerbated, bringing these communities together in one homeland.

Armenia has had many issues that have prevented the country from reaching its full potential. The risk of an aging population and a significant outward emigration is of major concern. That is why there are many organizations that are working to improve the repatriation process since the 2020 war.

Their goal is to at least have a balanced migration and prevent a decrease in the population by providing the services for Armenians abroad to come back. They want to provide assistance for the inclusion of people and the development of the country.

When and how did repatriation start?

“ It is my hope that the unique experiences of Birthright Armenia volunteers will create a network of strong and compassionate diasporan leaders in the decades to come. It is a concept that speaks directly to my heart, and one which I believe is truly investing in people wisely. The longer the stay, the deeper the roots, ” said Edele Hovnanian to the Armenian Mirror Spectator in 2017.

Hovnanian is the president of the Anna Hovnanian Foundation. She is known for her great services to Armenia. In the summer of 1988, Hovnanian got involved in a campaign to restore traditional Armenian houses in Kessab, Syria, sponsored by the Land and Culture Organization (LCO). This has motivated Hovnanian to create a program that encourages young Armenians to not only visit Armenia as tourists, but rather work as volunteers and live amongst the people.

That is why, throughout the years, she has initiated many projects and made contributions to several NGOs founded by the Hovnanian Family Foundation, including Birthright Armenia, RepatArmenia, Armenian Volunteer Corps, Hike Armenia, and Hive Fund.

These are non-profit institutions that provide resources and information to those who wish to visit or repatriate to Armenia. They offer one-on-one consultations, networking opportunities, and also employment opportunities.

Birthright focuses on those who have 25% Armenian roots, and it provides Armenians abroad with some financial assistance when they come to the country. It focuses on short term visitors. The mission of Birthright Armenia is to strengthen the ties between the homeland and the diasporan youth.

They were looking for detailed information about these in order to have a successful and smooth integration process. The institution provides a short repatriation guide in collaboration with the Office of the High Commissioner for Diaspora Affairs, in English, Russian, French, Spanish, Eastern and Western Armenian.

During the first six years of existence of Birthright Armenia, more than 500 volunteers from 28 countries have joined and participated. Repat Armenia has had over 1000 applicants since its foundation in 2012.

These programs offered volunteer placements in Armenia by providing living arrangements with local families, educational excursions, language classes and networking events. They were designed to deepen the understanding of Armenia’s cultural situation, and also to contribute to the growth and development of the country.

“ I didn’t know anything about Repat Armenia before. In 2018, I saw on social media that such an association existed, and I decided to contact them. But I didn’t have any expectations. I was surprised with the level of clarity they offered me. My main concern was about my citizenship, and Repat offered me with all the steps needed. That is why I joined them and became part of it. They showed me how easier it was than I thought” said Marianna Chobanyan, programs manager of Repat Armenia.

Repat Armenia is a permanently evolving network that offers individualized assistance on a daily basis to encourage and support the process of repatriation.

However, applicants were not tracked after their applications were processed. That is because there is no Armenian legal law on repatriation yet, which makes tracking of those who come and stay in the country complicated.

All of these organizations encouraged people to come back to Armenia, contribute their skills and knowledge, feel integrated, and most importantly, feel at home. They all had one common goal, to bring Armenians to Armenia – either for the short-term or the long-term.

The number of repatriates, or repats as they are commonly known, coming to Armenia has been increasing exponentially. Since the foundation of Repat Armenia in 2012, a high number of Syrian-Armenians have escaped the war in Syria and settled in Armenia. Their project was to help Syrians start their own businesses in the country and develop them in the long run.

After 2018, following the Velvet Revolution which changed the government, there was a big rise in the number of repats since people felt more and more inspired to come, as there was proof of a possibility for a change.

In addition, the year 2020 was significant as well, because of the war in Nagorno Karabakh. This war, although damaging to the Armenians, has triggered people to come from different countries, to settle, and contribute.

“The number of diasporans willing to volunteer in Armenia increased at surprising rates—a 300% increase over 2020. In fact, it seems only hours after the horrible ceasefire terms were announced, we started seeing a flood of applications,” said Edele Hovnanian to Birthright Armenia.

In addition, the country witnessed a big number of Lebanese-Armenians moving following the August 4, 2020 explosion that ravaged one-third of the country. Repat Armenia confirmed that due to this explosion and the economic crisis in Lebanon, there were over 200 applications. People were trying to reach Repat Armenia through many platforms; from calls to emails to facebook, asking for any way possible to come to Armenia.

These organizations have been successful in providing many projects for people repatriating to Armenia, by promoting different opportunities for them to start over in the country and feel better about the difficult situations they have been through.

There has been sufficient assistance from the Office of the High Commissioner of Diaspora Affairs which was established in 2019 by the Prime minister Nikol Pashinyan. It works in association with Repat Armenia by helping in promoting repatriation and ensuring a smooth integration process for repatriates, as well as cultivating strong diaspora ties with the homeland through partnerships, programs and events.

It also wants to make repatriation an important priority of the government’s public policies so that there would be a better tracking of the number of Armenian people coming and staying in the country. “ We are hoping for a legal law to be drafted to increase repatriation and make its process more efficient. We have already discussed this and we believe it is possible in the near future, ” says Marianna.

An identity rooted in a common past

“I am a Repat from Belarus,” said Marianna, “I am Armenian by origin, it is my motherland, my roots, a place where I feel really strong. Our identity is our Armenian cause for many centuries; sharing this sad history and constant fight that we face year after year, so we unite within this fight and the Armenian cause ”.

Noro Davtyan, a Russian-Armenian who came to Armenia two years ago, started investing in different projects for the country. He emphasizes the idea that, even though there are disappointments, it is still one’s homeland, and hence people should be there through these disappointments and eventually contribute their efforts for the better.

He decided to come to Armenia after living more than 20 years in Russia. He explains how lucky he was to know his great grandparents, who were orphans losing their parents in the genocide; because it made him realize that he wants to become part of this legacy.

The meaning of identity is very diverse, but people mostly connect their identity to their culture, feeling part of it, connecting to their homeland. In the case of many Armenians, it is the willingness to do something for their country; a moral duty.

“Something I find inspiring is when people came to the country and provided great assistance to soldiers who fought in last year’s war, with art therapy for instance, due to the devastating damages ” declared Ani Matevosyan, marketing and social media coordinator of Birthright Armenia. She adds that people her age are dying in the frontline just so that the Armenian identity can be preserved.

The Importance of repatriation in a post war context

The Armenian sense of identity, strongly rooted in the common past and in the land, was reinvigorated in the post war context. Birthright Armenia told Civilnet that due to last year’s war in Artsakh, more and more people wanted to come to Armenia, “the biggest ratio we had was last year after the war”.

Many people in different countries are discouraged by the results of war and they feel that it is better to come to Armenia and help their motherland because distantly it is not as effective; be engaged physically and mentally on the ground.

Noro stated that he did not come here to make money. It is more important than that; it is about the sense of belonging, doing something important for your community.

This physical presence in the country is far more important than just donating money. It creates a strong significant connection which makes it more persistent for the future and encourages others to come and feel like they are part of something big.

Noro adds that it is important for the diaspora to come here and work hard to become helpful and useful. Many people surely make huge projects to the country from abroad, but if people have an opportunity to come and live here, then they should use it.

“Why would we go to places like Europe, the United States, Canada, Russia or others? Why shouldn’t I be proud of my country? If I want things to become better, I can make it happen on the ground,” stated Noro.

The decision to repatriate is not an easy one taken overnight. It is a complicated process due to Armenia’s socio economic situation. That is why these organizations want to provide Armenians with the sufficient information and help they can, to encourage them to come back and feel that they have a home in Armenia where they could raise their families in the future.