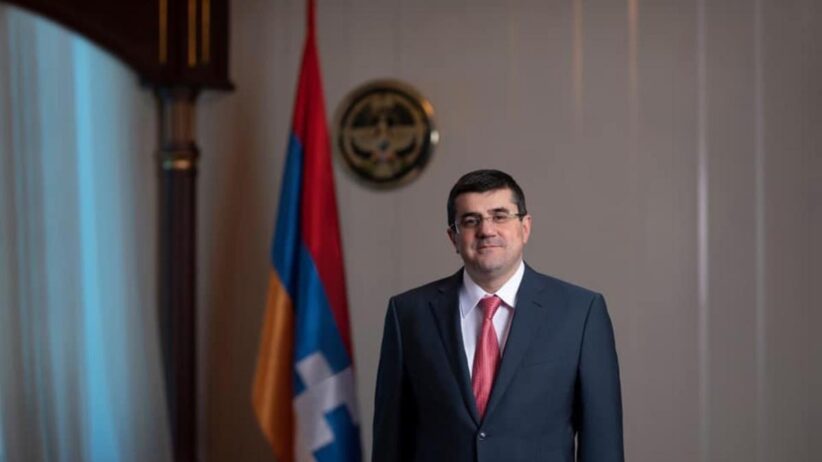 President of Nagorno-Karabakh Arayik Harutyunyan issued a statement on February 22, welcoming the decision by Russian President Vladimir Putin to recognize the independence of the self-proclaimed Donetsk and Luhansk People’s Republics.

Yesterday, Putin issued a televised address in which he recognized the two internationally unrecognized republics, which broke away from Ukraine after the 2014 revolution.

Russia, along with Syria, are the only two members of the United Nations to recognize the Donetsk and Luhansk People’s Republics.

In the statement, Harutyunyan underlined the right to self determination, adding that international recognition becomes imperative especially in the face of existential dangers.

The president of Nagorno-Karabakh went on to state that international recognition is a rather influential and civilized means to prevent bloodshed and humanitarian catastrophes.

“We are convinced that the Republic of Nagorno-Karabakh has earned the right to be internationally recognized as a sovereign state,” Harutyunyan wrote.

Unlike the Donetsk and Luhansk People’s Republics, the Republic of Nagorno-Karabakh has not been officially recognized by any member of the United Nations. It is, however, recognized as a sovereign state by other internationally unrecognized states such as Abkhazia, South Ossetia and Transnistria.

From Green Card Applications to Turkish-Owned Businesses: This Week In Fake News