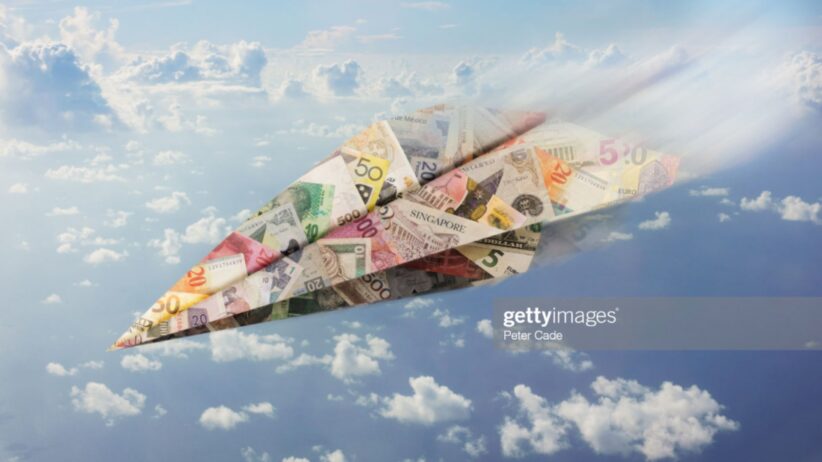 As Russia’s currency, the ruble, collapsed Monday in response to international sanctions imposed on Russia for its invasion of Ukraine, officials and economists in Armenia warned that the economic fallout could damage the country’s already struggling economy.

“It is obvious that sanctions will have a direct impact on the economic climate in the Eurasian space,” Prime Minister Nikol Pashinyan said Friday during a working visit to Kazakhstan.

“We must discuss what operational decisions need to be made to ensure that these negative effects are minimal or, if possible, circumvent them through appropriate decisions,” he added.

The ruble crashed by about 30% Monday, sinking to an all-time low against the U.S. dollar, just days after a group of the world’s most advanced economies announced harsh sanctions on Russia’s financial sector.

On Saturday, the United States and five other countries, plus the European Union, said they would ban some Russian banks from accessing SWIFT, a widely used financial messaging system, and restrict Russia’s Central Bank from accessing over $600 billion in reserves.

The SWIFT ban is likely to impact anyone around the world wanting to transfer funds to Armenia, since many Western banks use Russian banks as intermediaries when executing transfers.

The sanctions package is widely seen as one of the most severe ever imposed on Russia.

Earlier this month, Martin Galstyan, who heads the Armenian Central Bank, warned that blocking Russian banks from accessing SWIFT would have a “serious” impact on Armenia’s economy.

Amid the market turmoil Monday, the Russian Central Bank hiked interest rates in an attempt to shore up the ruble and refused to open trading on the Moscow stock exchange, while warnings spread that Sberbank Europe, the European arm of Russia’s largest bank, was on the verge of failing.

Economy Minister Vahan Kerobyan had previously expressed concern over how a devalued ruble could impact Armenia’s economy, saying last week that “in general, we are very worried.”

“The Russian ruble has weakened against the Armenian dram, and will continue to depreciate. This, of course, will affect our exporters, as they will lose their price competitiveness,” he said.

Russia is Armenia’s main trade partner and investor, with the two countries sharing a single market by virtue of their membership in the Eurasian Economic Union (EAEU), a Russian-led trade bloc.

“People will have less money, which will lead to a decrease in purchasing power and demand for goods, including our goods that have appeared on the Russian market,” he said.

He added that the substantial remittance flows Armenia receives from Russia will drop in value as a result of the ruble’s depreciation.

Armenia received over $2.1 billion in remittances from its global diaspora in 2021, according to the Union of Banks of Armenia, with Russia being the largest single source of money transfers, at roughly 41% of total flows.

In a November report, the World Bank estimated that remittances alone would make up about 9% of Armenia’s total gross domestic product for 2021. This figure is less than in past years, but significant nevertheless.

Aramyan concluded that “our economic growth this year will be less than we expected and predicted.”

On the other hand, economist Haykaz Fanyan said that the latest round of sanctions on Russia could present economic opportunities for Armenia, pointing out that the restrictions could encourage international companies operating in Russia to relocate to other EAEU countries, like Armenia.

Armenia could also “become a mediator between Russia and the world,” facilitating trade by importing products and re-exporting them to Russia, Fanyan wrote on his personal Facebook page.

Armenia could also see a rise in Russian tourism, now that the European Union has closed its airspace to Russian flights, he noted.

“Yerevan can aspire to become a transit hub,” said Fanyan, who serves as the director of the Armenian Center for Socio-Economic Studies, an independent think tank.

Armenian officials have largely refrained from commenting on developments in Russia and Ukraine since the former’s invasion of the latter last week.

Vahan Hunanyan, a Foreign Ministry spokesperson, said in an interview last week that Armenia considers both Russia and Ukraine to be “friendly countries” and encourages the resolution of the conflict through “diplomatic dialogue and negotiations.”

When asked if Armenia was planning on following Russia’s move to recognize the two separatist regions of eastern Ukraine as independent countries, Hunanyan said that “there is no such issue on the agenda.”
In a statement over the weekend, the Foreign Ministry confirmed that Armenia’s diplomatic missions in Russia and Ukraine “continue their work” and that “Armenia is ready to receive our compatriots, their family members, and other refugees” from Ukraine.

From the Ukraine War to Azerbaijanis in Armenia: This Week In Fake News