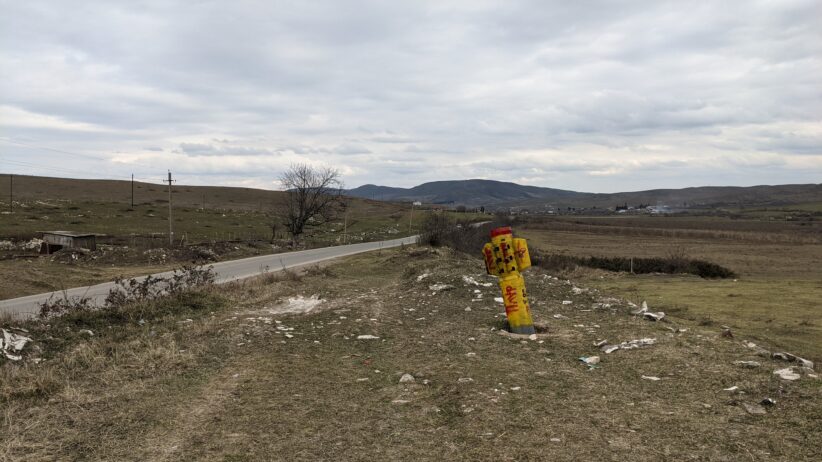 On March 11 Azerbaijani foreign minister Jeyhun Bayramov in an interview with the Turkish “Anadolu” agency said that Baku sent a new set of proposals to Yerevan regarding the normalization process between the two countries. Bayramov added that it’s a one-page document consisting of five points. He concluded that it is a very good opportunity for Armenia to normalize relations with Azerbaijan.

‘’The signing of the agreement should be surely preceded by a negotiation process. Since mutual statements have not yet developed into a concrete negotiation process, as the two countries do not have rich experience of direct negotiations, Armenia will probably soon apply to the mediators – the OSCE Minsk Group Co-Chairs to initiate the peace negotiations with Azerbaijan. The issue is currently being elaborated.’’

The main takeaway from Hunanyan’s comment is his emphasis on the need to hold peace talks between Armenia and Azerbaijan under the auspice of the OSCE Minsk Group. It can be concluded that Baku has been insisting on starting the official negotiation process without a third-party mediation and Armenia has been reluctant to agree to direct talks.

This is corroborated by Turkey’s foreign minister Mevlut Cavusoglu’s remarks at the Antalya diplomatic forum on March 13. Cavusoglu stated that there is no need for the involvement of third parties in peace talks between Armenia and Azerbaijan. Baku’s and Ankara’s rationale in this issue is pretty obvious. Without international mediation, it would be much easier to pressurize Armenia and get maximum concessions from Yerevan.

On March 14 Armenia’s Foreign Ministry published a statement, notifying that Yerevan had ‘’applied to the OSCE Minsk Group Co-Chairmanship to organize negotiations on the signing of a peace agreement between the Republic of Armenia and the Republic of Azerbaijan on the basis of the UN Charter, the International Covenant on Civil and Political Rights and the Helsinki Final Act.’’

Hours later Azerbaijan’s Foreign Ministry published its set of five principles that are supposed to become the basis of the normalization process with Armenia. As predicted, it is a document that completely ignores Armenian grievances and concerns over fundamental issues. Baku pursues its policy of denial of the existence of the Nagorno-Karabakh conflict and even Nagorno-Karabakh itself.

Armenia is offered to accept a framework that would practically leave the Nagorno-Karabakh Republic on its own devices, greatly undermining the security and safety of the people of Artsakh. This document as well as earlier Azerbaijani ‘peace’ proposals are aiming to formalize the new status-quo in the conflict zone. Baku’s objective is to substitute the agreed-upon principles of conflict resolution in the Karabakh context – the Madrid principles, with its own version of the document that completely ignores the elephant in the room – the issue of Nagorno-Karabakh’s security and its political status.

The statement of the Armenian MFA that included a reference to the Helsinki Final Act was a diplomatic rejection of the Azerbaijani proposals. The Madrid principles that have been the basis of the negotiation process in the last 15 years derive from the Helsinki Final Act and ensure the right of Nagorno-Karabakh to self-determination.

The timing and the manner of Baku’s recent military and diplomatic adventurism is also extremely important. Azerbaijan started ramping up tensions in the conflict zone from the very first days of the Russian invasion of Ukraine. The Aliyev regime is trying to take advantage of the international community’s distraction with the war in Ukraine and exert pressure on Armenia. Russia’s preoccupation with Ukraine is also a major factor.

The Russian invasion of Ukraine could be a dangerous precedent for autocrats like Ilham Aliyev who has been publicly skeptical of the liberal order for a long time now. This is why a strong message needs to be sent to Baku by all the important international actors. The toolkit of authoritarian conflict management shouldn’t be normalized in our region.

Aliyev’s antics in the last two weeks are astoundingly identical to Putin’s moves in the period preceding the invasion of Ukraine. Baku’s actions are essentially straight out of the Kremlin playbook. Azerbaijan has escalated the situation both on the state border and in the Karabakh conflict zone. The Azerbaijani forces have been trying to provoke the Karabakh defense army to retaliate, targeting civilian infrastructure in the frontline villages of Artsakh with the use of mortars (for the first time since the end of the Second Karabakh war). Multiple videos of Azerbaijani military movements have been circulating on social media in recent days. Amid this artificially created escalation, Baku sent a draft document with unrealizable demands to Yerevan and then immediately published it. This indeed looks like a deja vu.

In conclusion, it needs to be noted that there is a significant risk of a new military escalation in the region. The Russian invasion of Ukraine could be a dangerous precedent for autocrats like Ilham Aliyev who has been publicly skeptical of the liberal order for a long time now. This is why a strong message needs to be sent to Baku by all the important international actors. The toolkit of authoritarian conflict management shouldn’t be normalized in our region.

Tigran Grigoryan is a political analyst based in Yerevan. He holds a Master’s degree in Conflict, Governance, and International Development from the University of East Anglia.

From Democracy Report to Karabakh Peacekeepers: This Week In Fake News