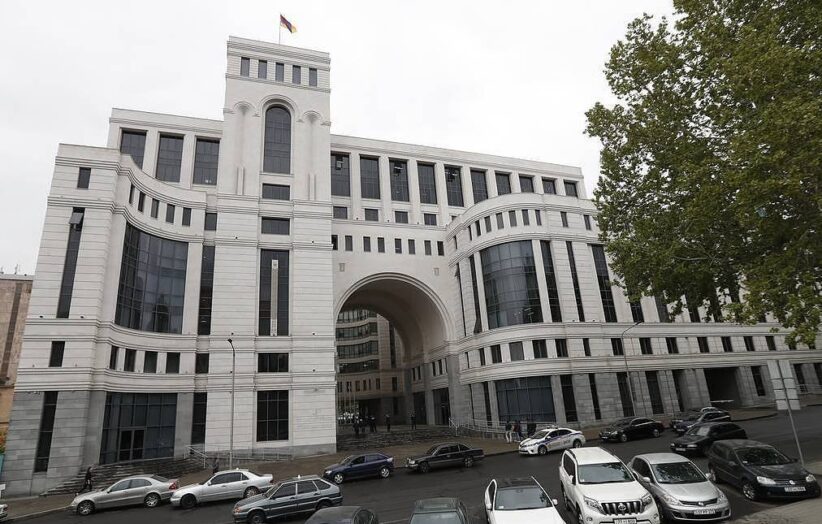 Armenian Foreign Minister Ararat Mirzoyan has stressed that negotiations regarding a peace treaty with Azerbaijan should be held without preconditions, and that the Nagorno-Karabakh issue is not a territorial issue, but a matter of human rights. Mirzoyan made these comments during an interview on March 15.

Mirzoyan admitted that the Azerbaijani Foreign Ministry had indeed transferred these proposals to the Armenian side on March 10. The letter dated February 21.

Furthermore, Mirzoyan emphasized that any negotiations on a final peace treaty must take place without any preconditions.

As for the main proposals, Mirzoyan stated that the two countries have already signed the “Agreement on the Establishment of Cooperation of Independent States” on December 8, 1991, have already recognized each other’s territorial integrity, and accepted that they have no territorial claims from each other.

“It is fundamental for the Armenian side that the rights and freedoms of the Armenians of Artsakh are clearly guaranteed, and the status of Nagorno Karabakh is finally clarified. For us, the Nagorno-Karabakh conflict is not a territorial issue, but a matter of rights,” Mirzoyan stated.

The first of the five proposal items forwarded by Azerbaijan was seen as highly contentious in Armenia and Nagorno-Karabakh, as the full recognition of Azerbaijan’s territorial integrity is being perceived as the Armenian side accepting an eventuality wherein Nagorno-Karabakh would be fully under Azerbaijani rule.

The Mirzoyan did state however that the two items regarding the unblocking regional transport communications infrastructure, and demarcating and delimiting the Armenia-Azerbaijan border are ongoing processes.

The Armenian Foreign Ministry announced on March 14 that it had responded to Azerbaijan’s proposals by applying to the OSCE Minsk Group Co-Chairs, a body set up in 1992 to find a peaceful solution to the Nagorno-Karabakh conflict, to organize negotiations towards a final peace treaty with Azerbaijan.

What is Seen in Armenia: Ukraine, Armenia & War