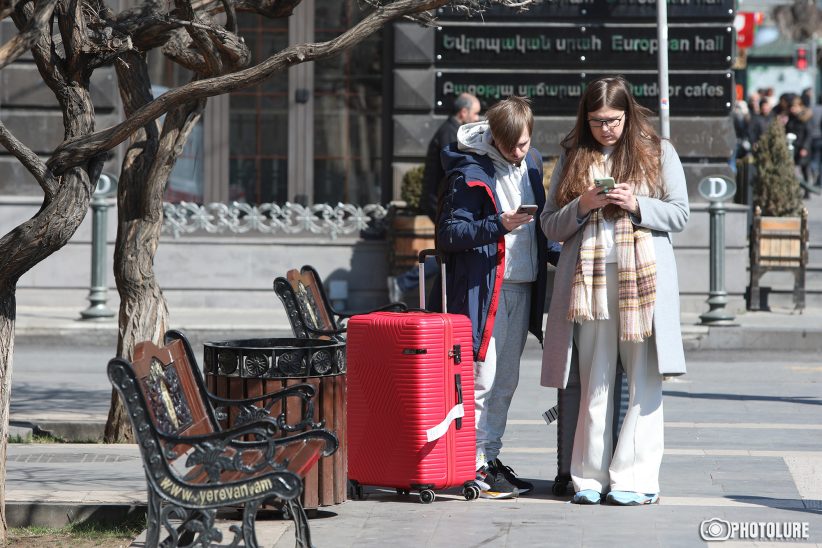 Many citizens of the Russian Federation and Ukraine arrived in Armenia as a result of Russia's invasion on Ukraine.

Over 20,000 bank accounts were opened by foreigners in Armenia, between February 28 to March 25, 2022, reports the country’s Central Bank.

In a new report, the Central Bank of Armenia characterized the increased number of customers as a “positive phenomenon,” adding that it will result in an increase in turnover and in services provided.

The foreigners are mainly coming from Russia, Ukraine and Belarus. Hundreds of new companies have relocated to Armenia as a result and the tourism sector has grown substantially.

CivilNet previously wrote that according to the Central Bank’s forecast, Western sanctions against Russia will cause a slowdown of Armenia’s economy. Russia is Armenia’s number one export destination and its largest source of imports and remittances. The biggest decline is forecasted in the industrial sector, expected to be around -4.7%.

Accordingly, economic growth in Armenia will decrease from 5.3% previously forecast by the Central Bank to 1.6% by 2022.

Azerbaijani forces have not fully withdrawn from Karabakh’s Askeran region 

AND IN OTHER NEWS: Ukraine, Karabakh & Armenia