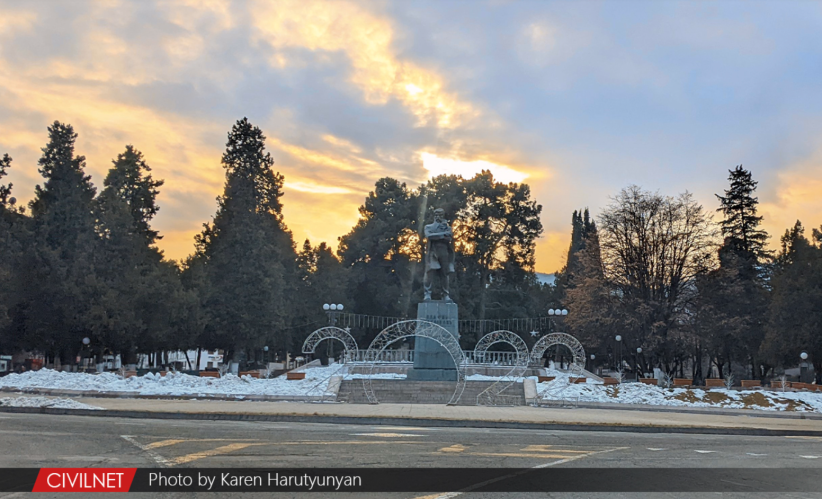 Amid rising tensions between Armenian and Azerbaijani forces in and around Karabakh, rumors have begun swirling among the region’s residents and on Armenian-language social networks that a referendum on joining Russia may be held in the future.

Karabakh analyst Tigran Grigoryan has said that “two key factors – Azerbaijan’s policy of creeping occupation and ethnic cleansing, and Yerevan’s passivity in the Karabakh context” lie behind the referendum rumors.

“That’s why the ruling elite of Artsakh (Karabakh) is trying to find alternative solutions to ensure the physical security of Armenians of Artsakh,” wrote Grigoryan in a recent analysis for CivilNet.

Yet, Grigoryan has argued, holding a referendum on joining Russia is not in Karabakh’s best interest. A potential vote to join Russia would greatly undermine Russia’s strategic, “allied” relationship with Azerbaijan. It could also dampen Western support for Karabakh, given the spiraling confrontation between the West and Russia over Ukraine.

“Such a referendum will not bring practical dividends to Artsakh and will not contribute to resolving the serious security crisis around Artsakh,” said Grigoryan. “Moreover, this step may also create new challenges for Artsakh.”

Since the collapse of the Soviet Union in 1991, three referendums have been held in Karabakh. In 1991, the region’s Armenian residents voted overwhelmingly for independence from Azerbaijan, with the local Azerbaijani minority boycotting the vote. In 2006 and 2017, Karabakh’s residents approved constitutional changes via referendums.

The rumors of a referendum on joining Russia come as tensions grow in and around Karabakh, with politicians and analysts on both sides saying that Russia’s ongoing war in Ukraine is playing a key role.

“In recent days, taking advantage of the whole world’s and especially Russia’s preoccupation with the situation in Ukraine, the provocations and threats carried out by Azerbaijan against the peaceful population of Artsakh have drastically increased,” said Artak Beglaryan, the state minister of the Nagorno-Karabakh Republic.

The perception that the Russian peacekeeping contingent stationed in the region may not be as competent as it appears – stemming mainly from Moscow’s unexpectedly weak military performance in Ukraine – is also believed to be playing a role in the rising tensions.

The rumors come just weeks after the most recent round of fighting broke out between the two sides, which saw three Armenian soldiers killed and over a dozen wounded. The incident reportedly began when Azerbaijani troops advanced on the Armenian-inhabited village of Parukh, known as Furukh during Soviet times, forcing residents to flee. Russian peacekeepers have since taken control of the village.

Following the incident, France, Russia, and the United States all issued statements criticizing Azerbaijan for violating the November 2020 ceasefire agreement signed by Armenia and Azerbaijan and brokered by Russia.

France, Russia, and the United States co-chair the OSCE Minsk Group, an international body that was formed in the 1990s to encourage peaceful resolution of the conflict between Armenia and Azerbaijan.
Meanwhile, over 100,000 Karabakh residents had been forced to live in freezing temperatures without heat for much of March, due to interruptions of a gas pipeline running through territory captured by Azerbaijani forces in the 2020 war. The region’s authorities have accused Azerbaijan of deliberately damaging the pipeline.