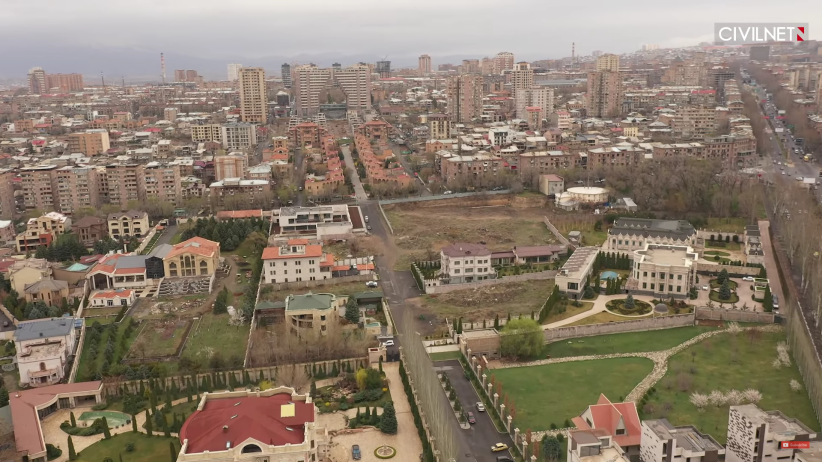 The World Bank downgraded Armenia’s 2022 economic growth forecast to 1.2% from 5.3% in a report published Sunday, writing that “the impact of Russia’s invasion of Ukraine on Armenia’s economy is likely to be significantly negative, although the magnitude remains uncertain.”

Armenia is particularly vulnerable to developments in the Russian economy, which has been devastated by sanctions and boycotts imposed by the European Union and United States in response to Russia’s February invasion of Ukraine.

Russia is a major trading and investment partner for Armenia, accounting for roughly a third of Armenia’s exports and imports in recent years, according to World Bank data. Last year, over 40% of Armenia’s “net foreign direct investment stock was associated with Russian entities,” the report says.

Russia is also a major source of remittances and tourists for Armenia, with remittances from Russia amounting to 5% of GDP and Russian tourists accounting for 40% of all tourists last year.

In addition, Russia has significant control over — or in some cases, monopolies in — many of Armenia’s key economic sectors, particularly in energy, minerals, and food. Russia “is the source of all of Armenia’s wheat and gas imports,” the World Bank report notes.

For Armenia, Russia’s sanctions-driven financial crisis, and the attendant collapse of the ruble, are expected to hit remittances, trade, and investment hard. Global inflationary pressures are also playing a role, pushing up prices on food and other everyday goods for Armenian consumers.

As a result, the portion of Armenia’s population living in poverty — defined by the World Bank as living on $5.50 per day or less — may reach nearly 40% by the end of the year, the bank forecasts.

At the same time, the World Bank in its report noted that the recent influx of Russians and Russian companies to Armenia, “if sustained, may have a positive impact on the economy.” It is unclear at the moment what the precise economic impact would be if a significant number of Russians choose to stay in Armenia long term.

Aside from the impact of the Ukraine war, Armenia’s economy also “faces significant structural constraints,” the World Bank notes, including Azerbaijan and Turkey’s ongoing economic blockade of Armenia, as well as long-standing problems “related to high unemployment, skill mismatches, and firm competitiveness.”

The expected hit to Armenia’s economy from the war in Ukraine comes as Armenia still struggles to recover from 2020’s twin shocks of a global pandemic and a devastating military defeat to Azerbaijan in and around Karabakh.

Armenia’s economy contracted by a whopping 7.4% that year, a sharp contrast to 2019’s record growth of 7.6%. Last year saw the country’s economy rebound by only 5.7% year-on-year, largely driven by private and public consumption, according to the World Bank’s analysis.

In the broader Europe and Central Asia region, the World Bank says, economic output will contract by more than 4% this year due to shocks from the war in Ukraine. By the end of the year, Russia’s economy is expected to shrink by over 11%, and Ukraine’s by over 45%, the bank predicts.