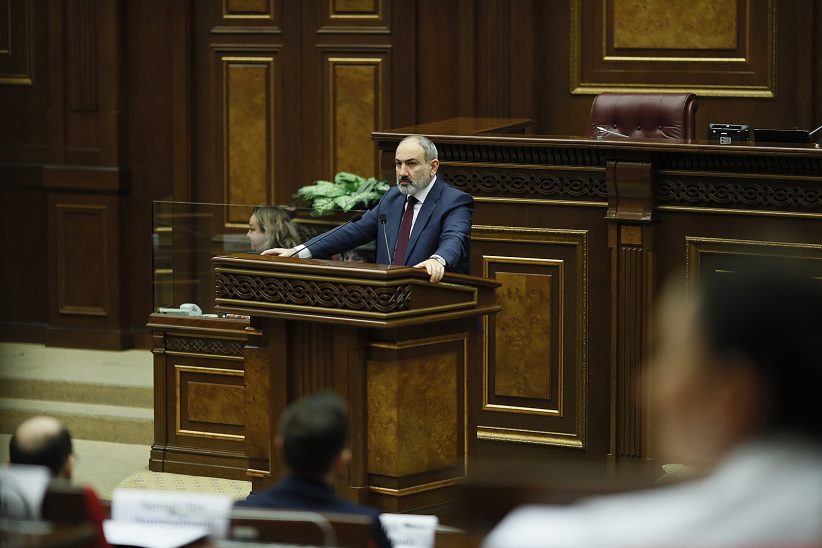 In a wide-ranging speech to the Armenian parliament Wednesday, Prime Minister Nikol Pashinyan criticized the Russia-led Collective Security Treaty Organization for failing to respond to incursions into Armenian territory by Azerbaijani troops last May.

Azerbaijan’s incursion was “of course, a failure of the armed forces and the government (of Armenia),” Pashinyan said. “But how the CSTO reacted to what had happened, I think, was also a failure for the organization…The fact is that the CSTO has not addressed this situation in any way, even as an observer.”

The CSTO’s failure to respond to Azerbaijan’s incursion has “justified the long-held fears among the Armenian public that the organization, which is of key importance to Armenia’s security system, will do nothing at the necessary moment,” he added.

The CSTO is a military alliance formed in the early 1990s that includes Russia, Armenia, and four other ex-Soviet states. The organization’s founding treaty commits members to consider an attack against one member as an attack against all.

Most recently, CSTO forces were deployed to Kazakhstan in January in response to widespread unrest across the country.

At the time, Pashinyan quickly appealed to the CSTO for assistance, but in response, the alliance dragged its feet and largely ignored Pashinyan’s calls for help.

In July, the head of the CSTO, Stanislav Zas, said that Azerbaijan’s incursion into Armenia did not fall under the CSTO charter on collective defense. That determination effectively meant that the CSTO would not intervene were similar incidents to occur in the future.

The CSTO’s inaction in the face of Azerbaijan’s incursion has long been a sore spot for Armenian officials, who have previously told Zas that “Armenia’s patience is not limitless.”

Pashinyan’s open criticism of the CSTO is notable since Russia, which dominates the alliance, acts as Armenia’s main security guarantor and ally on the global stage.