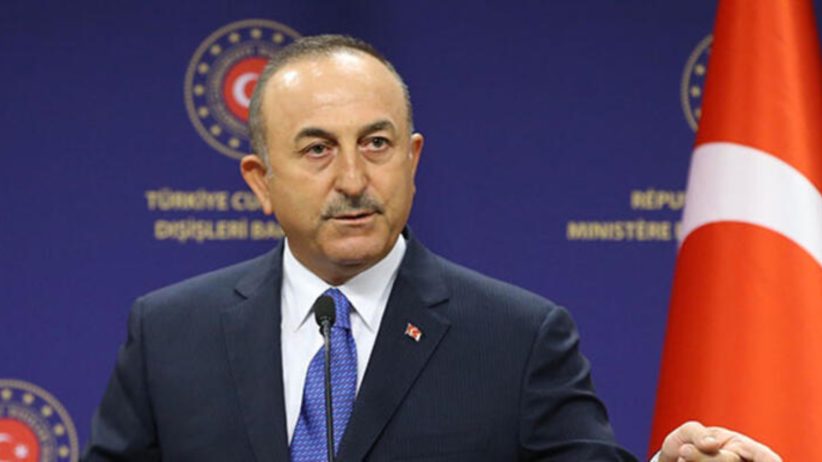 Armenian and Turkish envoys will meet again in Vienna for normalization talks, Turkish Foreign Minister Mevlüt Çavuşoğlu announced in an interview Thursday, without specifying a date.

Armenian special envoy Ruben Rubinyan and his Turkish counterpart, Serdar Kılıç, previously met in Moscow in January and in Vienna in February. The meetings were the first direct talks between Armenian and Turkish officials in over a decade.

In his interview, Çavuşoğlu expressed disappointment that Rubinyan and Kılıç’s third meeting would be taking place in Vienna, rather than in Yerevan or Ankara.

“What is the need to meet in a third country? On the one hand, Armenia wants the normalization of relations and opening of borders, but on the other hand, it does not show courage to meet in Turkey or Armenia,” he said. “If we are not able to organize a meeting in our countries, then how are we going to take steps on other issues?”

The Armenian side refuses to meet in Armenia or Turkey due to “pressure” by “a segment of the (Armenian) diaspora,” Çavuşoğlu added.

Aside from the two meetings between Rubinyan and Kılıç, Armenian Foreign Minister Ararat Mirzoyan met Çavuşoğlu in March at a diplomatic forum held in the Turkish resort city of Antalya.

“During our meeting, we reaffirmed the readiness of both sides to continue the process of normalization, establishing relations, opening borders without any preconditions,” Mirzoyan said following his half-hour talk with Çavuşoğlu.

The Turkish foreign minister, in turn, called the meeting “productive and constructive.”

Relations between Armenia and Turkey are extremely fraught. Though the two neighbors officially recognize one another, they have never established diplomatic relations.

Ongoing disputes include Turkey’s refusal to acknowledge the Armenian Genocide, as well as Turkey’s role in aiding Azerbaijan in the 2020 war in and around Karabakh, which saw Armenia suffer a disastrous military defeat and prompted a major humanitarian crisis in the region.

In addition, the Armenia-Turkey border, which stretches for hundreds of kilometers, has been closed since the early 1990s, when Turkey, in coordination with Azerbaijan, imposed a devastating economic blockade on Armenia that remains in place today.

Efforts to normalize relations between Yerevan and Ankara took on a new life late last year, when both countries’ governments appointed special envoys. Normalizing relations would entail mutual diplomatic recognition and reopening the two countries’ shared border, but there is little detail on how that would work in practice.

Previous talks to normalize relations between Yerevan and Ankara have collapsed due to various “preconditions,” most notably Turkey’s insistence that any rapprochement with Armenia could only happen once Armenia solves its dispute with Azerbaijan over Karabakh.

The last time Armenian and Turkish officials held talks was in Zurich in 2009, when the countries signed two bilateral protocols in an agreement brokered by France, Russia, and the United States. Those countries also serve as the three co-chairs of the OSCE Minsk Group, which is meant to encourage peaceful resolution of the conflict between Armenia and Azerbaijan.

The Zurich Protocols would have established full diplomatic relations between Yerevan and Ankara, reopened the Armenia-Turkey border, and set up a joint historical commission to study the Armenian Genocide.

However, the agreement was never ratified, in large part due to Azerbaijan’s harsh opposition to the deal’s terms. Armenia formally declared the protocols null and void in 2018.

In a wide-ranging speech to parliament on Wednesday, Armenian Prime Minister Nikol Pashinyan argued that Armenia and Turkey should take advantage of the current momentum to push for a normalization deal, warning that “there is a big chance that the process will become stagnant” if there are not “swift results.”

That momentum includes Armenia’s lifting of a ban on Turkish imports in January and the reestablishment of direct flights between Yerevan and Istanbul the next month. Before this year, no airlines had offered direct routes connecting Armenia and Turkey since 2015.