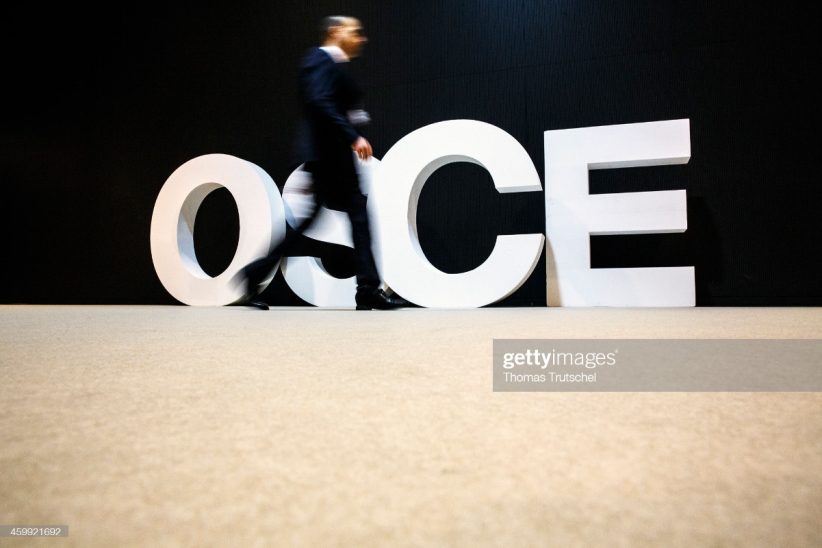 In recent days, leaders in Yerevan, Stepanakert, Paris, and Washington all reiterated their commitment to finding a peaceful resolution to the conflict between Armenia and Azerbaijan through the OSCE Minsk Group, while leaders in Baku and Moscow expressed doubts about the group’s effectiveness.

At a press briefing Thursday, U.S. State Department spokesperson Ned Price said that “the United States stands ready to engage bilaterally and with like-minded partners, including through the role as an OSCE Minsk group co-chair, to help the countries find a long-term comprehensive peace.”

“We remain committed to promoting a peaceful, democratic, and prosperous future for the South Caucasus region,” he added.

A public statement issued by the U.S. embassy in Yerevan two days before used identical language.

The Minsk Group was formed by the Organization for Security and Co-operation in Europe in the 1990s and is meant to encourage the peaceful resolution of the conflict between Armenia and Azerbaijan. France, Russia, and the United States co-chair the group.

But notably, Price ducked a question from a journalist asking if the United States is “deliberately shutting the door to Russia’s mediation efforts,” simply responding, “I can’t speak to the role that Russia might play in this.”

Price’s comments came about a week after Russian Foreign Minister Sergey Lavrov set off debate over the future of the Minsk Group by accusing co-chairs France and the United States of “canceling” the group, which he termed “absolutely irresponsible.”

“As for the activities of the OSCE Minsk Group Co-Chairs or even, I would say, its future, I do not know what its future will be, as our so-called French and American partners, in a fever of Russophobia, are trying to cancel everything that has links with the Russian Federation,” he said.

The apparent breakdown at the Minsk Group is taking place as relations between the United States and Europe, on one side, and Russia, on the other side, have dramatically collapsed since Russia’s brutal invasion of Ukraine began in February.

Like Washington, Paris responded to Lavrov’s comment by reiterating its commitment to resolving the Karabakh conflict through Minsk Group mediation.

“France reaffirms its full commitment to the establishment of peace and stability in the South Caucasus region both on a bilateral basis and as president of the Council of the European Union and co-chair of the Minsk Group,” the French Foreign Ministry said in a statement Tuesday.

A day later, Armenian Foreign Minister Ararat Mirzoyan reaffirmed Yerevan’s commitment to the Minsk Group format in a question and answer session at parliament, saying that “our visions about the OSCE Minsk Group co-chairmanship completely remain in force.”

“We see the settlement of the Nagorno-Karabakh conflict within the OSCE Minsk Group co-chairmanship format,” he stressed.

And at a special sitting of the Karabakh parliament on Thursday evening, lawmakers in the unrecognized republic unanimously agreed that “the leaders of the OSCE Minsk Group co-chair countries, regardless of other existing disagreements, should make efforts to preserve” the format, calling it “the only internationally mandated forum for the settlement of the Karabakh problem.”

Those positions contrast sharply with recent statements coming out of Baku, which, like Moscow, has expressed doubts about the group’s effectiveness moving forward.

On Tuesday, Azerbaijani President Ilham Aliyev declared that “the mandate given to the Minsk Group to resolve the conflict may be de jure valid, but it is de facto invalid.”

“Azerbaijan itself settled the Karabakh conflict through military and political means,” he said, referring to Azerbaijan’s decisive military victory against Armenian forces in and around Karabakh in the fall of 2020.

As tensions over Ukraine threaten the Minsk Group’s work, Russia and the European Union have, separately, been stepping in to fill the vacuum in recent months, with Moscow and Brussels both hosting key meetings between Armenian and Azerbaijani officials.

To that end, Zakharova, the Russian Foreign Ministry spokesperson, announced Friday that Igor Khovaev, Russia’s co-chair to the Minsk Group, had been appointed to a new position as Russia’s special representative for the normalization of Armenia-Azerbaijan relations.

“Further, sequential steps are required to restore long-term peace and stability in the region, since the United States and France have ceased cooperation as co-chairs,” Zakharova said. “In this regard, ambassador Khovaev will continue his work in a new capacity…The focus of his attention will be the preparation of a peace treaty.”