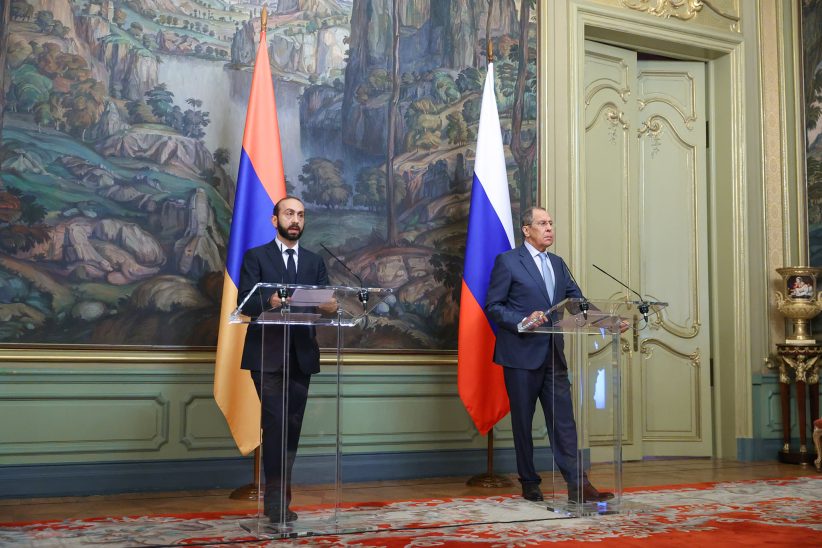 “Particular attention was paid to the preparation of the official visit of Armenian Prime Minister Nikol Pashinyan to Russia on April 19-20, including the signing of a package of bilateral documents,” the statement read.

“The prospects for concluding a peace agreement between Yerevan and Baku with Russian assistance were also touched upon.”

Earlier in the day, the spokesperson for Russia’s Foreign Ministry, Maria Zakharova, announced that Igor Khovaev, Russia’s co-chair to the OSCE Minsk Group, had been appointed to a new position as Russia’s special representative for the normalization of Armenia-Azerbaijan relations.

“Further, sequential steps are required to restore long-term peace and stability in the region, since the United States and France have ceased cooperation as co-chairs,” Zakharova said at a press conference. “In this regard, ambassador Khovaev will continue his work in a new capacity…The focus of his attention will be the preparation of a peace treaty.”

Russia’s appointment of Khovaev to the new position underscores ongoing uncertainty over the future of the Minsk Group, which was formed by the Organization for Security and Co-operation in Europe in the 1990s and is meant to encourage the peaceful resolution of the conflict between Armenia and Azerbaijan.

France, Russia, and the United States co-chair the group, but rising tensions between the West and Russia over the latter’s brutal invasion of Ukraine in February have cast doubts on the group’s future ability to function.

In the past week, both Lavrov and Zakharova have accused France and the United States of refusing to work with Russia via Minsk Group channels, with the Russian foreign minister calling the West’s behavior “absolutely irresponsible.”

“As for the activities of the OSCE Minsk Group Co-Chairs or even, I would say, its future, I do not know what its future will be, as our so-called French and American partners, in a fever of Russophobia, are trying to cancel everything that has links with the Russian Federation,” he said at a press conference last week.

Zakharova has echoed Lavrov’s comments, alleging that “the United States and France have ceased cooperation as co-chairs.”

For their part, Paris and Washington have both reaffirmed their commitment to resolving the Armenia-Azerbaijan conflict through Minsk Group mediation in recent days.

But still, the U.S. State Department has repeatedly ducked questions from journalists asking if Washington is “deliberately shutting the door to Russia’s mediation efforts” between Armenia and Azerbaijan.

“I can’t speak to the role that Russia might play in this,” State Department spokesperson Ned Price said at a press briefing Thursday.

Is Armenia preparing to cede Artsakh to Azerbaijan?