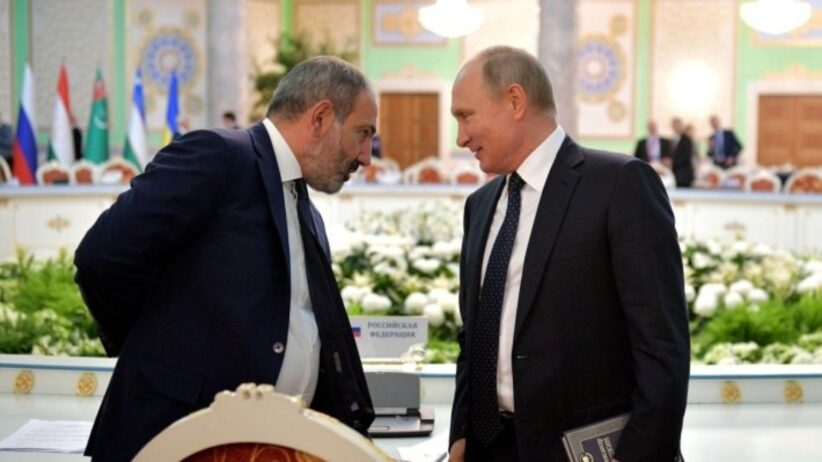 Armenian Prime Minister Nikol Pashinyan is set to pay an official visit on Tuesday and Wednesday to Russia, where he is expected to meet with Russian President Vladimir Putin to discuss Yerevan’s ongoing peace talks with Baku and its economic ties with Moscow.

Over the weekend, Russia-1, a state-owned television channel, notably described Pashinyan’s upcoming visit as “an event of special significance” given “the current international situation,” an indirect reference to the dramatic collapse in relations between the West and Russia that has taken place over the latter’s invasion of Ukraine in February.

The announcement of an in-person meeting between Pashinyan and Putin follows a telephone conversation between them about two weeks ago. During that call, Putin reportedly underlined Russia’s readiness to support ongoing efforts to delimit and demarcate the Armenia-Azerbaijan border and to expand Russia’s economic cooperation with Armenia.

Russia is a major trading and investment partner for Armenia, as well as Armenia’s primary source of remittances and tourists. In addition, Russia has significant control over — or in some cases, monopolies in — many of Armenia’s key economic sectors, particularly in energy, minerals, and food.

As a result, Armenia is particularly vulnerable to developments in the Russian economy, which has been devastated by sanctions and boycotts imposed by the European Union and United States in recent months.

In turn, Pashinyan touched on recent incursions by Azerbaijani forces into areas of Karabakh that fall under the jurisdiction of the Russian peacekeeping contingent stationed there. Pashinyan underlined “the Armenian side’s expectation that Russian peacekeepers would take concrete measures to ensure the withdrawal of the invading Azerbaijani units,” according to Armenpress, Armenia’s state-run news agency.

Last Friday, Armenian Foreign Minister Ararat Mirzoyan spoke by telephone with his Russian counterpart, Sergey Lavrov, “in preparation for Nikol Pashinyan’s official visit,” according to a readout from the Russian Foreign Ministry.

Earlier in the day, the spokesperson for the foreign ministry, Maria Zakharova, announced that Igor Khovaev, Russia’s co-chair to the OSCE Minsk Group, had been appointed to a new position as Russia’s special representative for the normalization of Armenia-Azerbaijan relations.

“Further, sequential steps are required to restore long-term peace and stability in the region, since the United States and France have ceased cooperation as co-chairs,” Zakharova said at a press conference. “In this regard, ambassador Khovaev will continue his work in a new capacity…The focus of his attention will be the preparation of a peace treaty.”

Russia’s appointment of Khovaev to the new position underscores ongoing uncertainty over the future of the Minsk Group, which was formed by the Organization for Security and Co-operation in Europe in the 1990s and is meant to encourage the peaceful resolution of the conflict between Armenia and Azerbaijan.

About two weeks ago, Lavrov accused France and the United States of refusing to work with Russia via Minsk Group channels, calling the West’s behavior “absolutely irresponsible.”

For their part, Paris and Washington have both reaffirmed their commitment to resolving the Armenia-Azerbaijan conflict through Minsk Group mediation in recent days.

In a separate development Monday, Mirzoyan, the Armenian Foreign Minister, hosted Andrew Schofer, the U.S. co-chair to the Minsk Group, for talks in Yerevan. Mirzoyan held a similar meeting with the French co-chair, Brice Roquefeuil, a week before.