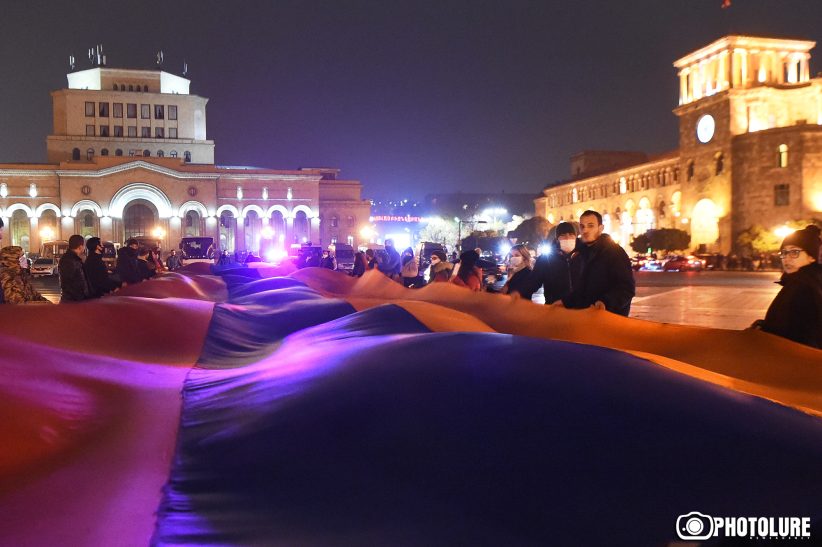 Armenia is one of only three countries in the broader Eurasia region continuing to improve its democracy, according to a new report by Freedom House, a prominent nonprofit based in Washington.

On Wednesday, the organization released its annual Nations in Transit report, which assesses political reform in the former communist states of Europe and Eurasia through a “democracy score” system.

The system considers a variety of factors — including media independence, electoral freedom, and anti-corruption measures — and then expresses a country’s overall democratic nature as a number on a scale from 1 to 7, with 7 being the most democratic.

In this year’s report, Armenia received a score of 3.04, up from last year’s figure of 2.96, making it one of only three countries to record score improvements this year. (The other two are Kazakhstan and Kosovo.)

Eleven countries recorded no change in score this year, while another 15 experienced various degrees of democratic backsliding, according to the report.

Overall, the report says, “democracy is rapidly losing ground to authoritarianism in the region,” noting that “for the first time in the 21st century, the prevailing government type in this region was what Freedom House calls the ‘hybrid regime,’ which combines elements of democracy and autocracy.”

Armenia is categorized as one of the 11 countries in the region with a “hybrid regime,” but is one of only two such countries (along with Kosovo) to register score improvements this year.

In the past few years, Armenia has seen voters elect “a new generation of politicians who, despite notable flaws, possess a basic commitment to democracy and the public interest,” the report notes, adding that “local civil society groups” in Armenia continue to play a key role as a “firewall” that “serves as a last ‘layer of accountability.’”

Nonetheless, Freedom House warns that Armenia features a “post-authoritarian single party-dominated parliament” that has the potential to “morph into abusive majoritarianism.”

Armenia still ranks rather poorly on measures of national and local democratic governance, media freedom, and judicial independence, according to the report.

Armenia’s continued improvement comes several years after earning “the largest two-year improvement ever recorded” for democracy scores since the Nations in Transit series was first published in the mid-1990s.

That jump was largely made in response to the 2018 Velvet Revolution, which saw massive street protests result in the ouster of the Republican Party and the eventual election of protest leader Nikol Pashinyan as prime minister.

In Armenia’s immediate neighborhood, Azerbaijan was given a rating of 1.07, unchanged since last year. Of all 29 countries surveyed, only Turkmenistan scored lower, with a 1.00 rating.

Meanwhile, Georgia recorded a score of 3.07, down from last year’s figure of 3.18. Georgia’s score has declined every year since 2017.

Freedom House also publishes an annual Freedom in the World report, a widely-cited assessment of rights and liberties worldwide on a country-by-country basis.

In last year’s report, the organization considered Armenia and Georgia to be “partly free,” while ranking Azerbaijan, Iran, Russia, and Turkey as “not free.”