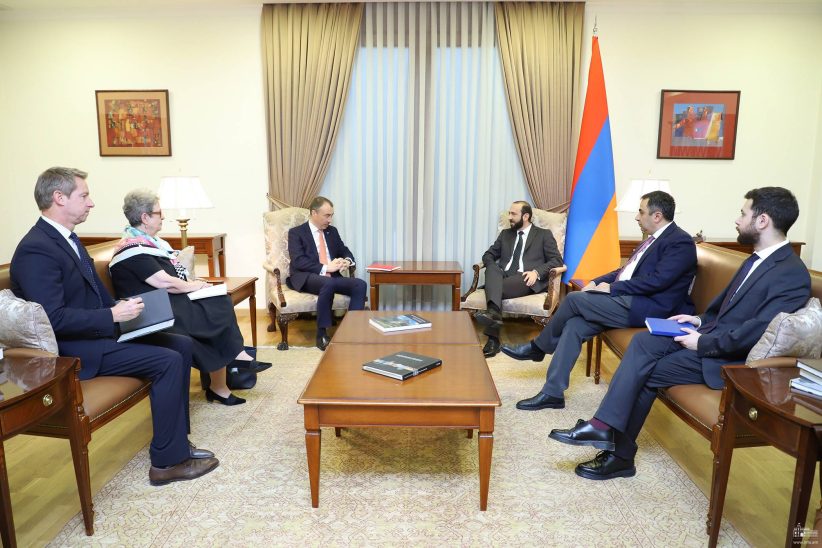 Toivo Klaar, the European Union’s special representative for the South Caucasus and the crisis in Georgia, paid visits to Baku on Wednesday and Yerevan on Thursday, calling his separate talks with high-level Armenian and Azerbaijani officials “excellent.”

According to his Twitter page, Klaar spoke with both sides about “reopening of communications,” a reference to a commitment made by both Armenia and Azerbaijan in the 2020 ceasefire agreement, brokered by Russia, to “unblock all economic and transport connections in the region.”

“Good to see strong commitment from both sides,” Klaar wrote.

Prior to his appointment as the EU’s South Caucasus representative in 2017, Klaar held various positions in the Estonian civil service, and also headed the EU Monitoring Mission in Georgia for two years.

Those talks resulted in an agreement by Pashinyan and Aliyev to direct their respective foreign ministries to begin preparing a peace treaty and to establish a joint commission to delimit and demarcate their countries’ shared borders.

But notably, Klaar’s visit to the region also overlapped with a major trip by Pashinyan to Russia, where he met with Russian President Vladimir Putin and several other high-ranking officials.

Taken together, Klaar’s trip to the region and Pashinyan’s visit to Russia highlight an emerging rivalry between the European Union and Russia over control of the Armenia-Azerbaijan peace process.

The escalating back-and-forth between Brussels and Moscow comes amid growing uncertainty over the future of the Minsk Group, a body formed by the Organization for Security and Co-operation in Europe that is meant to encourage the peaceful resolution of the conflict between Armenia and Azerbaijan.

About two weeks ago, Russian Foreign Minister Sergey Lavrov accused France and the United States of refusing to work with Russia via the Minsk Group, calling the West’s behavior “absolutely irresponsible.”

Still, as tensions over Ukraine threaten to derail the Minsk Group’s work, Russia and the European Union have, separately, been stepping in to fill the vacuum, with Moscow and Brussels both hosting key meetings between Armenian and Azerbaijani officials in recent months.

AND IN OTHER NEWS: Ukraine, Armenia & Genocide

700 Projects in Armenia, Artsakh and around the world