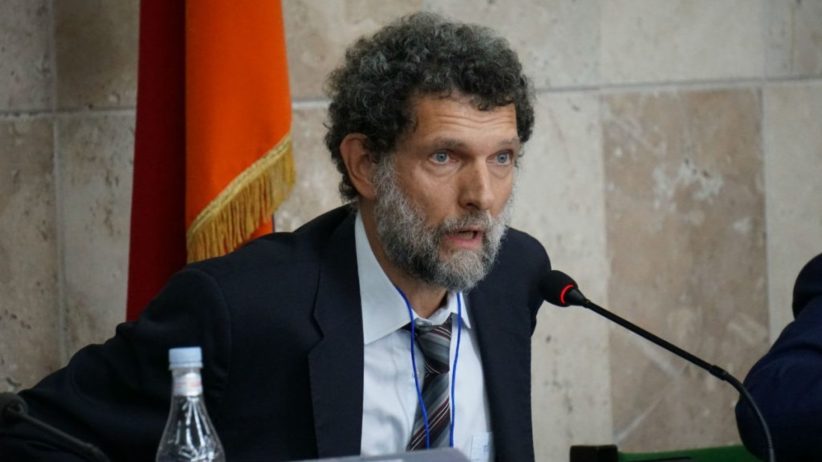 Osman Kavala, the prominent Turkish philanthropist and activist, and one of the country’s leading proponents of Turkish-Armenian reconciliation, was sentenced to life in prison without the possibility of parole on Monday in a trial condemned by Turkish civil society groups, international human rights organizations, and the U.S. government.

The Istanbul court determined that Kavala was guilty of “attempting to overthrow the government by force,” but acquitted him of additional charges of espionage.

The charges stem from allegations that Kavala helped bankroll massive anti-government protests in 2013 and played a role in the 2016 coup attempt against President Recep Tayyip Erdoğan.

In the aftermath of the coup attempt, the Turkish government embarked on an unprecedented crackdown, dismissing hundreds of thousands of civil servants and arresting tens of thousands of public employees and civilians.

Kavala, who is well-known for his support of minority rights in Turkey, has emerged as one of the most prominent symbols of the yearslong government campaign against dissent.

Reaction to Kavala’s sentencing was swift and damning: The packed courtroom reportedly broke out in protest chants after the decision was handed down.

Amnesty International called the result a “travesty of justice of spectacular proportions,” while Human Rights Watch described the events as a “show trial.”

The State Department said in a statement that Kavala’s “unjust conviction is inconsistent with respect for human rights, fundamental freedoms, and the rule of law. We again call on Turkey to release Osman Kavala…as well as to free all other arbitrarily incarcerated,” the statement read.

In addition to Kavala, the three-judge panel sentenced seven other defendants to 18 years in jail each, also on charges of “attempting to overthrow the government by force” in connection with the 2013 Gezi Park protests.

A close friend of Hrant Dink, the prominent Armenian-Turkish journalist assassinated by a Turkish ultra-nationalist in broad daylight in Istanbul in 2007, Kavala has repeatedly advocated for recognition of the Armenian Genocide.

In 2016, he paid a visit to Tsitsernakaberd, the Armenian Genocide memorial complex in Yerevan, an almost unthinkable step for many Turkish public figures.

A few years before, Kavala made a point to attend the reopening of the massive Surp Giragos Armenian church in the southern Turkish city of Diyarbakir, which had been painstakingly restored after decades of neglect.

Kavala was first arrested in 2017 and has since spent over 1,600 days in the high-security Silivri Prison outside of Istanbul without conviction.

In 2020, he was acquitted of charges related to his involvement in the Gezi Park protests, but was rearrested within hours on fresh charges in connection with the coup attempt.

The high-profile case had already attracted international attention by late 2019, when the European Court of Human Rights, whose jurisdiction Turkey recognizes, ordered Kavala’s immediate release, calling the charges against him politically motivated. The Turkish government ignored the Strasbourg court’s ruling.

In February, the Council of Europe voted to launch unprecedented infringement proceedings against Turkey for failing to comply with the 2019 ruling, only the second time in the body’s nearly 75-year history that it has taken disciplinary action against a member state.

Last fall, Kavala’s case threatened to boil over into a full-on diplomatic crisis between Turkey and its Western allies, after Erdoğan threatened to declare 10 ambassadors in Ankara “persona non grata” — the first step before expulsion — over a rare joint statement they issued condemning Kavala’s detention.

The Turkish government eventually backtracked and ultimately did not expel the ambassadors of the United States, Canada, New Zealand, and seven European countries.

In a separate development over the weekend, Turkey’s ruling Justice and Development Party said it plans to “launch a legal process” against lawmaker Garo Paylan — one of the few ethnic Armenians ever elected to Turkey’s parliament — after he put forward a bill recognizing the Armenian Genocide. The bill is not expected to pass.