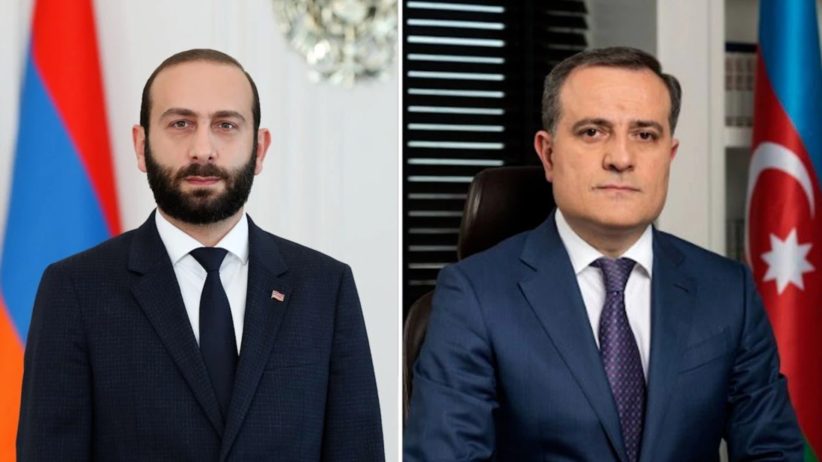 On Friday a spokesman for Armenia’s Foreign Ministry rejected an announcement made by Azerbaijani President Ilham earlier in the day that representatives of the two governments would meet in the unofficial European capital for talks early next month.

“There is no information about such a meeting in Brussels at the moment,” said Vahan Hunanyan, the spokesman.

Just hours before, Aliyev said that “there is a plan to hold a meeting,” without specifying what date the meeting will be held, who will attend, or what issues will be on the agenda.

A meeting of the long-planned Armenia-Azerbaijan border delimitation and demarcation commission would also be held in the “near future,” he claimed.

The Azerbaijani leader was speaking in the capital, Baku, on the second day of an international conference. The forum kicked off the day before in Shushi, the major Karabakh city captured by Azerbaijani forces during the 2020 war.

Aliyev made a point in his speech to praise the European Union’s efforts to promote peace in the region, calling the EU an “honest broker” with which Azerbaijan has “a very wide range of cooperation.”

“If the OSCE Minsk Group does not function, then the European Union can play its role in normalizing relations” between Yerevan and Baku, Aliyev added.

The Minsk Group is a body formed by the Organization for Security and Co-operation in Europe that is meant to encourage the peaceful resolution of the conflict between Armenia and Azerbaijan.

France, Russia, and the United States co-chair the group, but the dramatic collapse of relations between the West and Russia following the latter’s invasion of Ukraine in February has thrown the group’s future effectiveness in serious doubt.

The Kremlin has hit out at France and the United States for allegedly refusing to cooperate with Russia via Minsk Group channels, saying that the West, “in a fever of Russophobia, is trying to cancel everything that has links with Russia.”

The Azerbaijani government too has dismissed the Minsk Group’s ability to resolve the Karabakh conflict, calling the group “paralyzed” and “meaningless.”

For their part, Paris and Washington — as well as Yerevan and Stepanakert — have reaffirmed their commitment to resolving the Armenia-Azerbaijan conflict through Minsk Group mediation.

Earlier this month, Aliyev met with Armenian Prime Minister Nikol Pashinyan in Brussels for a meeting hosted by European Council President Charles Michel. That meeting ended in an apparent agreement between the two leaders to direct their respective foreign ministries to begin preparing to work on a peace treaty.

In a separate development on Friday, the Russian Foreign Ministry announced that a meeting of a trilateral commission on restoring economic and transport connections between Armenia and Azerbaijan will also be held in the “near future.”

“An agreement has been reached with the Armenian and Azerbaijani sides on holding the next session of the trilateral working group,” said Maria Zakharova, the ministry spokeswoman. She too declined to specify a date for the Armenia-Azerbaijan-Russia meeting.

The November 2020 ceasefire agreement, brokered by Russia and signed by both Armenia and Azerbaijan, includes a commitment to “unblock all economic and transport connections in the region.”

In yet another development, Hunanyan, the Armenian Foreign Ministry spokesman, announced Friday that Armenian and Turkish special envoys will meet on Tuesday in Vienna for the third round of talks aimed at normalizing relations between the two countries.

The Armenian government had already confirmed that a third meeting would take place, but had not previously specified a date. Previous meetings took place in Moscow in January and in Vienna in February.

Meanwhile, Armenian Foreign Minister Ararat Mirzoyan had a phone call Friday with his Russian counterpart, Sergey Lavrov, after which the two ministers agreed to hold a trilateral meeting with Azerbaijani Foreign Minister Jeyhun Bayramov on May 13 in Dushanbe, the capital of Tajikistan.

Transitional period for Nagorno-Karabakh: A path to a peace agreement between Armenia and Azerbaijan

AND IN OTHER NEWS: Turkey Regresses on Genocide Issue