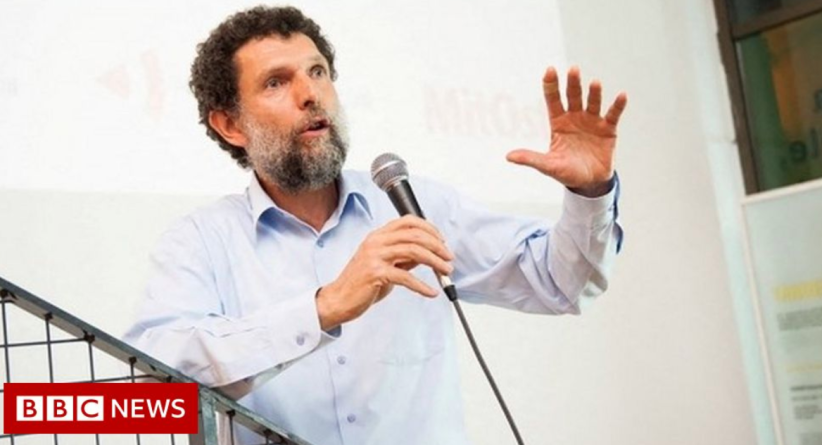 Armenians just endured what was a grueling and arduous April 24 anniversary. Everywhere from social media to the highest diplomats, there was a level of harassment, intolerance and even hatred towards Armenians this year that felt unprecedented. As another Twitter user commented: “This year is by far the worst behavior I have seen by Turks and Azerbaijanis on social media. Twitter lets violent threats and vicious insults against Armenians go unimpeded.“

Worst of all, rather than just the typical denials Armenians expect from Turkish officials, Foreign Minister Mevlüt Çavuşoğlu – Turkey’s lead diplomat during this time of attempted rapprochement with Armenia – sneered with mocking hatred by making the fascist “Grey Wolves” symbol at Armenians protesting his visit to Uruguay on the day prior to the solemn anniversary.

Armenians on social media reacted with horror, many Turks cheered, while one Turkish analyst lamented yet another “own-goal” which he called “a great contribution to the efforts of the Armenians of South America.” It should be noted Uruguay was the first country to recognize the genocide in 1965, and this visit was meant to strengthen the poor relations between it and Turkey. Instead, the Uruguayan President himself responded to the furor by condemning the Foreign Minister’s action.

President Biden on the other hand issued a strong statement for April 24 calling it a genocide for the second year, just as he promised, and reflected on the resiliency of the survivors who came to the United States to make numerous contributions which has made it a better place.

Vice-President Kamala Harris tweeted out her own remembrance, a sign of how far recognition has come after decades of silence and verbal gymnastics from US officials.

Wikipedia also did its part in educating its visitors about the genocide. Just last month, it similarly featured the article on Tehlerian’s assassination of Talaat Pasha, one of the perpetrators of the genocide. One Turkish politician even suggested naming the closed border crossing between Turkey and Armenia after Talaat.

There was so much celebration, that many called on Twitter to live up to its guidelines which state that it will ban those who deny genocide. However, despite being widely reported, even the tweet glorifying Talaat to over 1 million followers on April 24 has not been removed.

This year, April 24 in Turkey also saw what could be considered a few more “cracks in the wall” of denial. While HDP MP Garo Paylan submitted a genocide resolution which was fervently condemned to the point s Turkey’s President Erdogan called for him to be investigated as a traitor, we saw perhaps for the first time strong statements coming from officials from other parties. For example, this member of the main opposition Kemalist CHP party who called for a “confronting of history”. In addition, former Deputy Prime Minister of Turkey under President Erdogan who also once served as Foreign Minister Ali Babacan created a firestorm by tweeting out that he “felt deeply the Armenian people’s pain and commemorate the Ottoman Armenians who lost their lives in 1915”.

While he did not go to the extent of using the term genocide, as journalist Amberin Zaman explained even this should be considered quite a shake-up as Babacan, who once held Çavuşoğlu’s position, used to have the job of making sure the genocide was not recognized. Then again, Babacan is now the leader of a new political party DEVA, which then signed a letter to President Biden condemning his April 24 statement calling it a genocide.

As Diana Yayloyan pointed out, perhaps it is not that there has been progress in Turkey on the genocide issue, but in fact regression, which now makes people like Babacan look progressive.

As if April 24 wasn’t tumultuous enough, the very next day something even more harrowing occurred. Osman Kavala, who has been detained in prison for over 4 years on fake charges of espionage and attempting to overthrow the government, was sentenced the very next day to life in prison. For many years, Kavala had worked, through his non-profit Anadolu Kültür to promote minority rights, civil rights, human rights, cultural growth, and Armenian-Turkish reconciliation. Some of his co-defendants, who were each sentenced to 18 years, also promoted understanding between Turks and their minorities, including Armenians,such as producer Cigdem Mater, who is the co-founder of the Armenia-Turkey Cinema Platform.

Social media was flooded with saddened tributes such as this one, all seeing it as yet another hopeless development of what they see as a rapidly deteriorating human rights situation in Turkey. Some speculated that the ruling coming the day after April 24 was purposefully symbolic. Even though Armenia and Turkey are set to meet again in Vienna on May 3, as if there was any doubt before, Turkey’s true feelings about Armenians have been made clear over the past week worse than ever.

Armenian, Azerbaijani and Russian foreign ministers to meet in Dushanbe