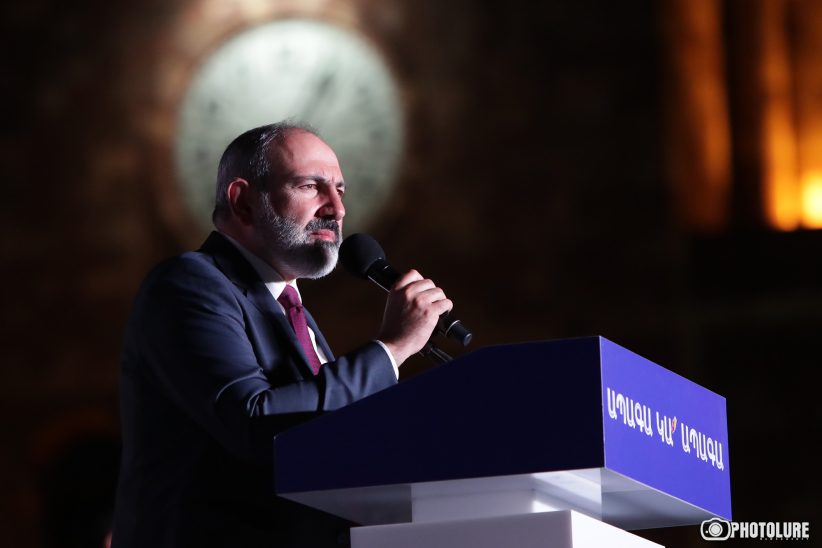 “I want it on the record that the moment the Republic of Armenia – the government that you were part of – accepted the Madrid Principles as a basis for negotiations, from that moment you recognized Karabakh as part of Azerbaijan,” Armenian Prime Minister said on May 4 in parliament, in response to a comment by oppositional Armenian Revolutionary Federation (ARF) party member Armen Rustamyan.

Pashinyan is once again falsifying the facts of the Karabakh negotiation processes for some domestic political dividends. We’ve already addressed his statement referring to the referendum that was to determine Karabakh’s final status. “The fact that this potential referendum would take place in Nagorno Karabakh was never fixed neither in the negotiations nor in any documents,” he said in December of last year.

For Pashinyan’s sake, let us again quote the first point of the 2007 Madrid Principles.

“The final legal status of NK will be determined through a plebiscite allowing the free and genuine expression of the will of the population of NK. The modalities and timing of this plebiscite will be agreed by the parties through future negotiations as described in (9). The population of NK is understood as the population of all ethnicities living in NK in 1988, in the same ethnic proportions as before the outbreak of the conflict. The formulation of the question or questions to be asked in the plebiscite should not be limited, and could cover the full range of status options.”

So why do Pashinyan and his supporters continue to spread Azerbaijani propaganda points? One can only assume their intentions.

There is no provision in these three documents as to why conscripts from Armenia are no longer sent to serve in Artsakh; why high-ranking Armenian officials – including the Prime Minister, the President, the Speaker of the National Assembly, the Secretary of the Security Council – no longer visit Artsakh; why foreign nationals can no longer travel to Artsakh.

Why is the Prime Minister rejecting his party’s campaign promises and the government program, both of which provide a provision on Artsakh’s self-determination? Why are there discussions about lowering the bar when it comes to the region’s final status? Is it possible that Pashinyan, under the pressure of new war threats, relinquished the issue of status to Azerbaijan’s President Ilham Aliyev?

Unfortunately, these and other critical questions remain outside of the struggle that is playing out between the government and the opposition.

The Pashinyan government must answer the people’s questions and make public any unpublished NK settlement proposals over these years.