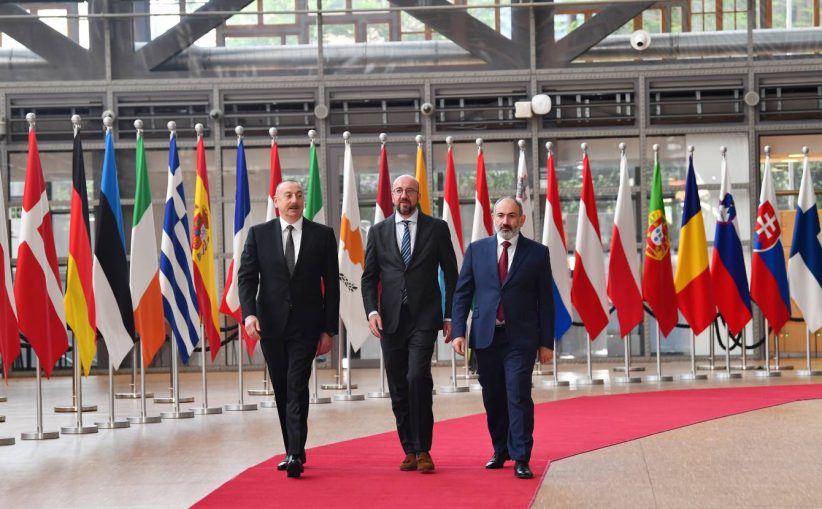 Prior to the latest anti-government protests in Yerevan, peace talks between Armenia and Azerbaijan appeared to be reaching a climax. Authorities in Yerevan were no doubt hoping that an agreement would finally close the last chapter on this long drawn out 30+ year old Nagorno Karabakh conflict.

But given the nature of Ilham Aliyev’s regime, how likely would any such peace agreement be in leading to a lasting peace between Armenia and Azerbaijan?

The nature of the regime

The current Azeri government is a neo-monarchic system where the son (Ilham) inherited the throne from his father (Heydar) and will in all probability seek to pass it on to his son (25 year old Heydar) when the time comes.

The nepotism extends further down society in an economy that is heavily underdeveloped beyond the oil and gas sector and a few of its offshoots. The few thousand well paying jobs in a country of 7 million people go to the extended family members of the regime and those close to it. The core billions of US dollars in wealth is owned by Aliyev and his immediate family while the vast majority of the population is impoverished.

The Karabakh conflict has been the main domestic justification for Aliyev’s repression of his people. Through Armenophobe state propaganda, the regime has channelled the internal anger and discontent of the wider Azeri population caused by their socioeconomic situation towards Armenia and Armenians.

George Kennan, the grand architect of the USA’s successful ‘containment’ foreign policy against the USSR, articulated in 1946 and 1947 that the Soviet Union and its ideology was inherently expansionist and that the Soviet leadership used the notion of foreign enemies to justify its existence and extreme actions.

The same is true today in Azerbaijan. Aliyev’s dictatorship is inherently expansionist. It needs and has an external enemy.

If Azerbaijan resolves its conflict with Armenia, Aliyev removes one of the central pillars of his authority and justification of power. The boost in popularity he got following the 2020 victory will fade and if the wider conflict with Armenia is solved then the full focus of the Azeri public will shift to their socioeconomic situation.

In the 1945 general election in the UK, war hero Winston Churchill was heavily defeated by the socialist Clement Attlee as people’s focus changed away from war to the economy. The election took place just two months after the end of WW2.

What does Aliyev want?

John Mearsheimer, American political scientist and neorealist international relations scholar, published a book in 2011 titled ‘Why Leaders Lie, The Truth About Lying in International Politics’. Among the main conclusions from the book was that in international relations, foreign leaders very rarely lie to each other or indeed to foreign publics about their views and intentions. Another key finding in the book is that dictators and autocrats very rarely lie to their own people about their foreign policy intentions.

In the speech, Aliyev also referred to the Zangezur (Syunik) region and the region around Lake Sevan as “our historic lands.”

Aliyev has repeated these claims multiple times over the last few years including in 2022.

With the above in mind, the Armenian leadership’s rush towards a peace treaty seems questionable. Not because a peace treaty is necessarily a bad idea but because it is highly unlikely to bring a lasting peace and will only move the line of conflict in Azerbaijan’s favour.

In Hovhannes Tumanyan children’s story ‘The End of Evil (Չարին Վերջը)’, a fox approaches a bird’s nest with three chicks inside and demands one of the chicks to eat. The fox claims that the hill and tree that the nest is on belong to him and threatens to chop the tree down if the bird does not obey. To get the fox to leave, the bird obeys and throws down a chick. The fox leaves that day but returns the next day for another chick and again the day after that.

The Armenian government’s hopes appear to be placed on international guarantees from the European Union and others for the security of Armenians in Karabakh that will find themselves under Azerbaijani jurisdiction. However, without military force to back these guarantees they are toothless. Pretexts and justifications for escalations are easily found or even created irrespective of agreements.

Armenia’s position is certainly unenviable and in the words of the political scientist, Benyamin Poghosyan, “Armenia has to pick between a bad option and a worse option”.

Though not fully clear, by most accounts Armenia does not have the military strength and alliances to defeat Azerbaijan on the battlefield. Therefore compromises appear inevitable over the short term. However, the extent and depth of these compromises largely depend on the skill and ability of the diplomats on the Armenian side.

Beyond this, a clear, medium to long-term strategy is required towards Azerbaijan. Since Armenia seemingly cannot defeat Azerbaijan militarily, it must at least contain it as much as possible. The containment will need to have military and diplomatic components.

The Armenian side could also actively push and advocate for western (EU/US) sanctions against Azerbaijan’s ruling elite for its large-scale violations of human rights against its own people and international humanitarian law during the war in 2020. Whether they succeed or not, it will put the Azeri side on the defensive in this regard and likely temper down the scale and rate of their provocations.

These things will not solve Armenia’s security issues but they will prevent a rapid deterioration of the situation. Fundamentally though, the above suggestions are delaying tactics designed to give Armenia time to strengthen itself internationally, militarily and economically.

Avo Piroyan is a freelance journalist based in London, UK.