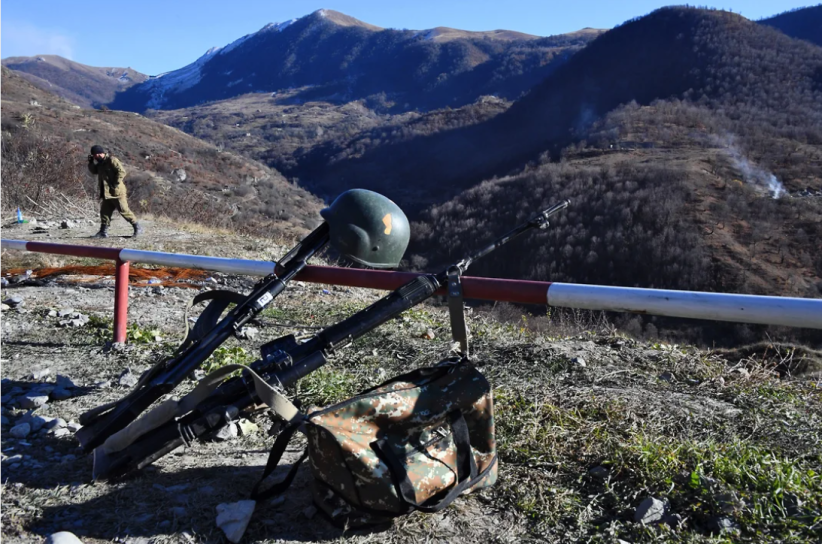 A young Armenian soldier has died of injuries sustained in a shoot-out with Azerbaijani forces over the weekend, the Armenian Defense Ministry has confirmed, as Yerevan and Baku traded accusations of undermining ongoing efforts to normalize relations.

The Armenian Foreign Ministry released a statement Sunday referencing the incident, saying “we strongly condemn the gross violation of the ceasefire” and “we call on the Azerbaijani leadership to refrain from provocative actions and rhetoric.”

The next day, the Azerbaijani Foreign Ministry hit back against what it called Armenia’s “completely unfounded accusations,” adding: “While efforts are being made to normalize relations between the two countries, the slanderous and destructive statements of Armenia are aimed at undermining the steps taken towards normalization.”

These were just two statements in a series of dueling press releases from Yerevan and Baku in recent days, underscoring just how much daylight remains between the two sides, even as they both say they are committed to peace talks.

It all began Friday afternoon, when Azerbaijani President Ilham Aliyev gave a lengthy address at the opening ceremony of a “smart village” pilot project in the village of Aghali, which Azerbaijani forces captured during the 2020 war in and around Karabakh.

In a wide-ranging speech, Aliyev made a number of points that sparked controversy in Armenia, reiterating Baku’s position that “the Nagorno-Karabakh conflict has been resolved and the Minsk Group has completed its activities,” as well stressing the need to open a “corridor” across Armenian territory.

“If we define the borders, what kind of status for ‘Nagorno-Karabakh’ can we talk about,” he said, arguing that such a territorial entity no longer exists. “There is the land of Karabakh. This is the territory of Azerbaijan.”

Turning to the issue of Armenians living in the region, Aliyev repeated a government line falsely claiming that “there has never been and will never be discrimination on national and religious grounds in Azerbaijan.”

Aliyev also made reference to Syunik, the southern Armenian region through which a hypothetical corridor would run, as “our ancient land of Western Zangazur.”

The Foreign Ministry called Aliyev’s comments a “continuation of aggressive and warmongering policy by the Azerbaijani side,” saying that they “seriously question the sincerity of Azerbaijan’s intentions to achieve peace in the region.”

Meanwhile, Mirzoyan repeated government lines that the Karabakh conflict remains unresolved, the Minsk Group continues to have a mandate to encourage peaceful resolution of the conflict, and both Armenia and Azerbaijan recognize “the existence of Nagorno-Karabakh.”

Yerevan will never agree to Baku’s stated plans to open a corridor across Armenian territory, he added, saying that “this is not even up to discussion.”

In response, the Azerbaijani Foreign Ministry said that “unfortunately, in the post-conflict period in Armenia, there are revanchist forces that encourage such dangerous behavior.”

The two countries’ defense ministries also put out conflicting statements over the weekend, with Yerevan accusing Azerbaijani troops of opening fire at Armenian positions “in the southeastern part of the Armenian-Azerbaijani border” — a claim that Baku quickly termed a “lie” that “doesn’t reflect reality.”

Scope of an EU embargo on Russian oil