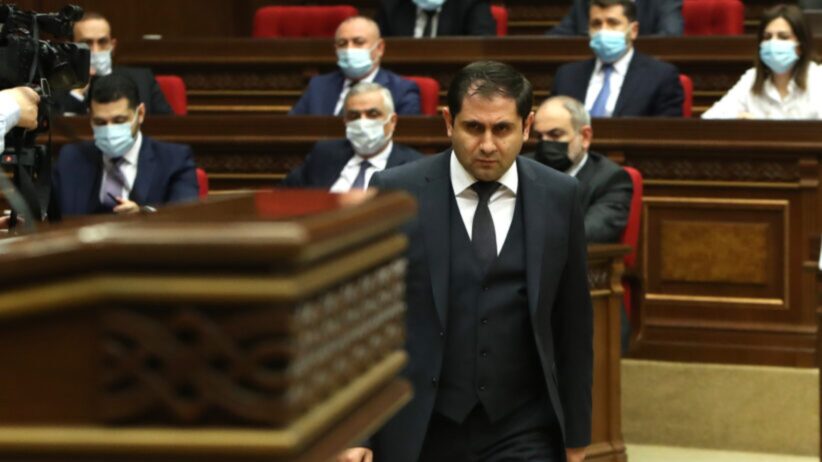 Armenian Defense Minister Suren Papikyan announced in an interview with Armenian public television Monday that the National Assembly would soon take up legislation to restructure the Defense Ministry, without providing an exact timeframe.

“Certain changes are being made regarding army management. From now on, the Armed Forces will deal only with their own affairs: protecting the country and combat training,” he said. “Procurement, maintenance, and provisions will all be the business of (Defense Ministry) departments…Much will be delegated.”

Papikyan added that, should the changes be approved, the Chief of the General Staff will concurrently serve as the First Deputy Minister of Defense.

Armenia has gone without a Chief of the General Staff, who is tasked with overseeing the Armed Forces, since late February, when Pashinyan dismissed Artak Davtyan and four other high-ranking military officials in a major shake-up.

Davtyan, alongside former Defense Minister Davit Tonoyan and several others, is currently the subject of a criminal investigation into alleged purchases of defective ammunition at a cost of nearly $5 million. The high-profile case remains ongoing.

Papikyan also said in his interview that the Defense Ministry is currently working with over a dozen companies to build and reinforce roads leading to Armenia’s border with Azerbaijan, without providing further details.

AND IN OTHER NEWS: Life In Yerevan