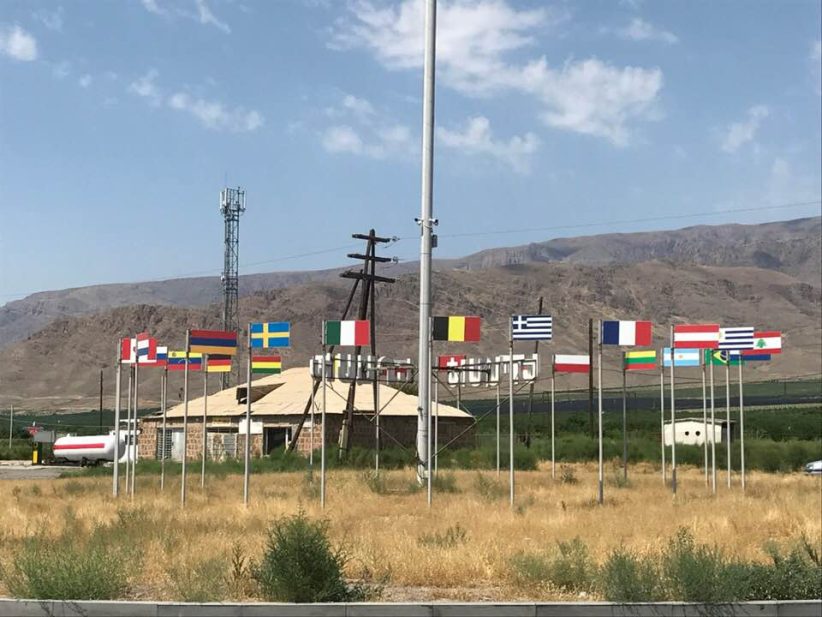 Newly published polling numbers suggest public uncertainty in Armenia about the country’s geopolitical path, with respondents appearing fairly split on what political, economic, and military groupings Armenia should be a part of, if any.

Armenia is currently a member of the Russian-led Eurasian Economic Union (EAEU) and Collective Security Treaty Organization, but also maintains growing ties with the European Union.

Among numerous other questions, pollsters asked Armenian residents to what extent they support or would support Armenia’s membership in NATO, the EU, the EAEU, and the Union State.

The Union State is a planned confederation between Russia and Belarus that exists mostly on paper. Talks on actually establishing a union have dragged on for years with few tangible results.

Overall, the EAEU registered the greatest support from respondents, with 40% of those polled saying they “fully” or “rather” approve of Armenia’s membership, though significant numbers of respondents also came out against it (20%) or said they just “partially support, partially do not support” it (26%).

That split pattern repeats itself over and over in the survey, with no single organization and no single option, for or against, garnering majority support.

Responses to NATO membership split most evenly, with 28% endorsing it, 26% disapproving, and 29% saying they “partially support, partially do not support” it.

Meanwhile, 37% expressed support for joining the EU, against 30% in the “partial” category and 16% who said they would be opposed.

34% said they would approve of Armenia joining the Union State, while 37% came out against it, with another 16% answering “partially support, partially do not support.”

Opinions even appeared split when respondents were asked to name the countries most friendly and most hostile to Armenia, in sharp contrast to the results of earlier surveys, when Armenians expressed more or less of a consensus on the topic.

36% of those polled said France was Armenia’s greatest friend, with Russia nearly tied at 35%. No other country came close, and the next highest answer, at 18%, was “none.”

It represents a dramatic drop in support for Russia, down 22 points from 2019 and 48 points from 2013, when over 80% of respondents saw Russia as the most friendly country to Armenia.

Conversely, the results mark a notable rise for France, which has risen 24 points since 2019, after spending a good part of the 2010s with just single-digit levels of support.

Meanwhile, equal numbers of respondents — 46% of those polled — named Azerbaijan and Turkey as Armenia’s greatest enemies, a major change in trend.

All these figures come from the latest wave of the Caucasus Barometer, an annual household survey conducted by the well-regarded Caucasus Research Resource Center think tank.

Pollsters conducted face-to-face interviews with a representative sample of over 1,600 adults in cities, towns, and rural communities across Armenia from last December to this February. The survey results have a 2.4% margin of error.