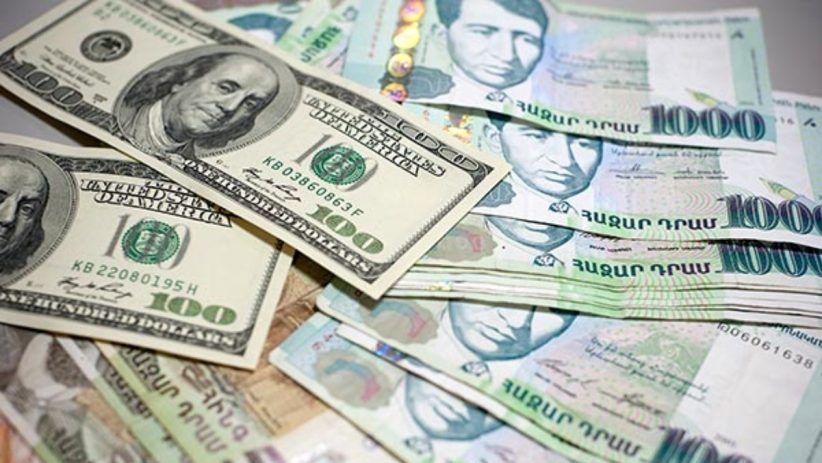 The Armenian currency continues to strengthen against the U.S. dollar, with the exchange rate now hovering around 420 drams to the dollar, a sharp drop from the beginning of the year, when it took about 480 drams to buy one greenback.

Martin Galstyan, the head of the Central Bank, said Monday that the Armenian government has so far refrained from intervening in the foreign exchange market and artificially devaluing the dram out of fear that doing so may further boost inflation.

Armenia’s inflation rate last month hit 9%. The Central Bank is forecasting that inflation will continue for the next few months, and then slow down by the end of the year. Climbing prices on everything from consumer staples to luxury goods have hit many Armenian households hard.

Meanwhile, the sharp appreciation of the dram vis-a-vis the dollar has posed a serious challenge to IT companies, export-oriented firms, and other businesses in Armenia that receive their revenues in foreign currency.

Gegham Jivanyan, the technical director at Scimagine, an IT startup, told CivilNet that a strengthening dram presents “a serious problem” for the company, since it receives revenue in dollars, but then pays employees in drams.

“If such fluctuations (in the exchange rate) are long-term, it may come to lay-offs,” he said.

Economists Bagrat Asatryan and Haykaz Fanyan said in interviews with CivilNet that the recent influx of Russians to Armenia and a soaring ruble are two key factors behind the dram’s appreciation against the dollar.

The Armenian government estimates that more than 27,000 foreigners, mostly Russians, have opened Armenian bank accounts so far this year, pouring hundreds of millions of dollars of foreign currency into the country. That has caused the value of foreign currencies to decline relative to the dram.

At the same time, the Russian government has taken a series of unprecedented steps to boost the value of the ruble, which has surged to levels not seen in over half a decade. Yerevan and Moscow enjoy extremely close economic ties, and so any change in the Russian market has a meaningful impact on Armenia.