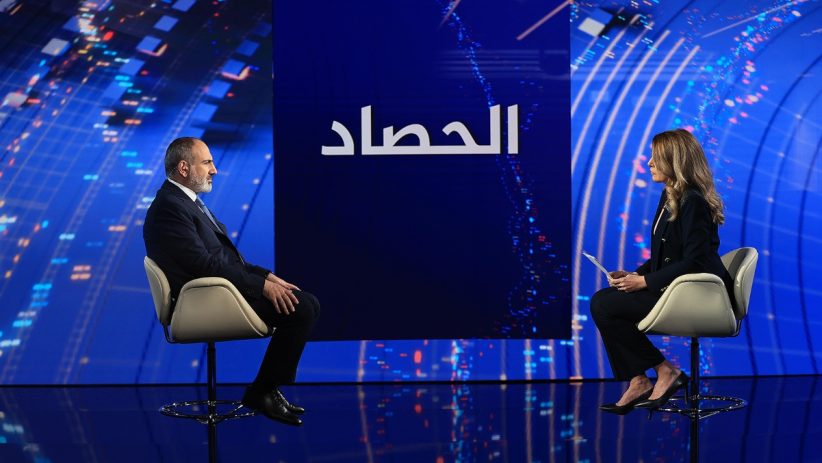 “I hope that we will be able to establish diplomatic relations and open the border between Armenia and Azerbaijan,” Pashinyan said. The fact that Armenia and Turkey are also holding talks “itself is very positive,” he added.

Pashinyan reiterated Armenia’s position that “the commission for border delimitation has nothing to do with the Nagorno-Karabakh issue,” adding that Armenia’s other “tracks with Azerbaijan” — namely, transport unblocking and diplomatic normalization — also remain separate from resolving the Karabakh conflict.

He also reaffirmed Yerevan’s longstanding position that the prospect of Azerbaijan establishing a corridor across Armenian territory as part of regional transport unblocking efforts “is unacceptable for us, and it is a red line for us.”

Pashinyan was also asked about the economic impact on Armenia of Russia’s invasion of Ukraine.

“I think we will be able to manage this,” even though “it isn’t a pleasant situation in terms of economy for us,” he said, alluding to extremely close trade ties between Yerevan and Moscow.

“I won’t deny that the situation of our country and our government is quite sensitive, but we are trying to be a direct, honest, and reliable partner for Russia, for our European and Western partners, and for our neighbors,” Pashinyan continued. “It isn’t an easy task, but…it is our duty to manage this situation.”

He pointedly did not refer to the war in Ukraine as such, instead saying “the situation around Ukraine” and “events in Ukraine.”

Pashinyan’s interview with Al Jazeera took place during his first official visit to Qatar. Earlier in the week, he met with Tamim bin Hamad al-Thani, the emir of Qatar, and a number of other high-ranking officials.