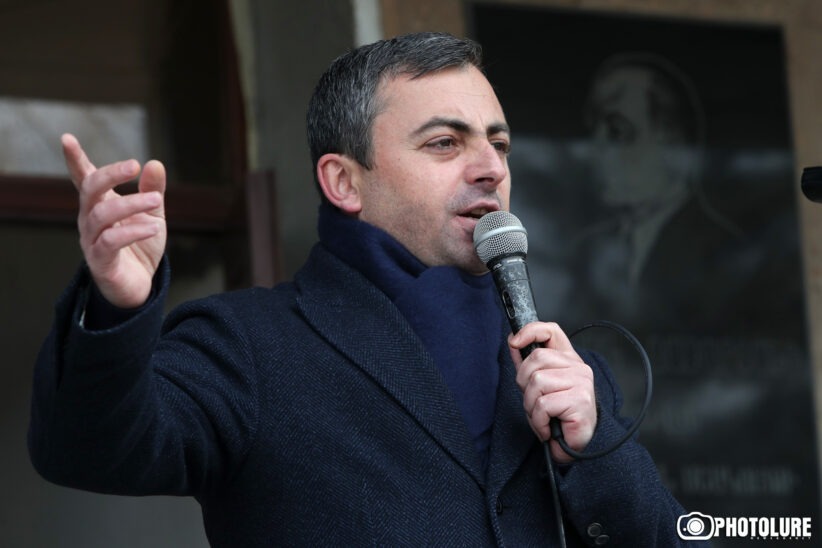 Anti-government demonstrators said Tuesday evening they would end a monthslong blockade of one of central Yerevan’s main intersections, but pledged to continue holding protests and rallies in the city.

Pictures circulating on social media Wednesday morning showed that a protest camp set up on France Square early last month had been completely dismantled, with traffic once again flowing normally.

Speaking at a rally Tuesday evening, Saghatelyan said he intended “to increase the potential of the movement, to expand its geography, to enhance its methods, to adopt new approaches, and to continue the struggle with a clear action plan.”

He added that the protesters plan to organize a march through Yerevan on Thursday, followed by a rally Saturday.

The city has seen near-daily protests for over a month now, with thousands of people taking to the streets demanding that Prime Minister Nikol Pashinyan resign, largely out of concern that he may be preparing to recognize Azerbaijan’s claims over Karabakh as a part of a normalization deal.

The demonstrators, who have dubbed themselves the Resistance Movement, have preemptively rejected any agreement with Azerbaijan that would see ethnic Armenians lose control over Karabakh.

According to official figures, officers have so far detained over 2,100 protesters for taking part in marches, public assemblies, and acts of civil disobedience. The police have faced sustained criticism from Human Rights Defender Kristinne Grigoryan for alleged acts of misconduct, including instances of disproportionate use of force.

Saghatelyan also said Tuesday evening that opposition lawmakers taking part in the demonstrations will “absolutely not” return to parliament for the foreseeable future.

Opposition legislators have been boycotting parliamentary sessions for the past month, raising the possibility that some of them may be stripped of their mandates for excessive absenteeism once the current government session ends later this month.