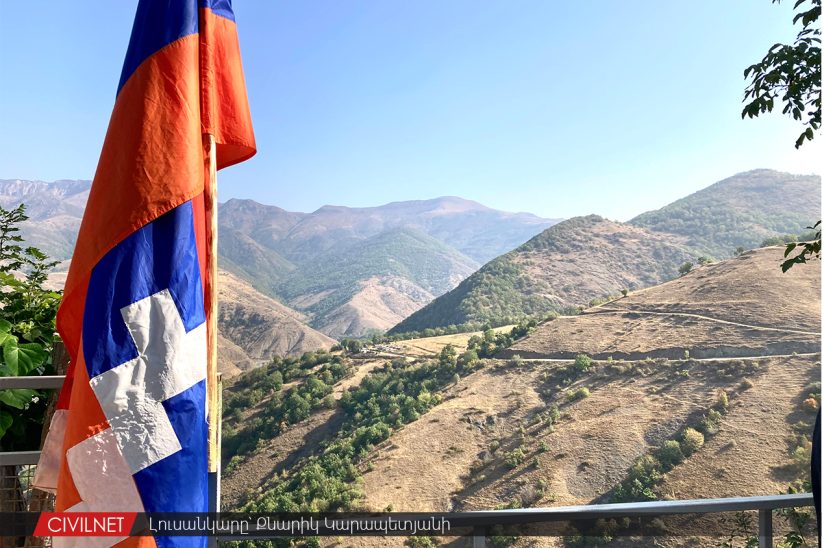 Armenian President Vahagn Khachaturyan said Thursday the Russian government privately conceded it had made an “oversight” by allowing Azerbaijani troops to advance their position toward the village of Parukh this spring.

In March, Azerbaijani troops moved into Parukh, displacing several hundred Armenian residents from the village and from a nearby community, Khramort. Both villages are located within territory that remained under ethnic Armenian control following the 2020 Karabakh war and that is now patrolled by Russian peacekeepers.

The Russian peacekeeping contingent has since reestablished control over Parukh, but Azerbaijani forces have still not returned to their initial positions, instead remaining stationed in the village’s vicinity.

At a meeting in St. Petersburg with representatives of the Armenian community in Russia, Khachaturyan revealed that “the Russian side admitted there was an oversight, and now they are conducting an internal investigation to understand the reasons. They admitted they did not fulfill their obligations.”

Khachaturyan’s comments come just days after the Russian Foreign Ministry doubled down on a clarification of an earlier comment by ministry head Sergey Lavrov suggesting that the Armenia-Azerbaijan border commission will also take on the Parukh issue.

Last month, Armenia and Azerbaijan officially formed a joint commission to delimit their shared border, but little has come of it so far.

On Wednesday, Foreign Ministry spokesperson Maria Zakharova said that the border commission is “in no way connected with the situation” in Parukh. Days before, the Foreign Ministry edited a comment by Lavrov suggesting otherwise out of the official transcript.

Lavrov’s comment that the Parukh issue “will be studied and resolved within the framework of delimitation work” made headlines in both Yerevan and Baku, even prompting the Azerbaijani Foreign Ministry to issue a rebuttal.

As of late Friday afternoon local time, neither the Armenian nor Russian Foreign Ministries had commented publicly on Khachaturyan’s claim.

Khachaturyan also touched on ongoing efforts to unblock regional transport connections, saying “we have no objections” to opening an overland route between mainland Azerbaijan and Nakhichevan via Syunik, but reiterating that it would not have the status of a “corridor.”