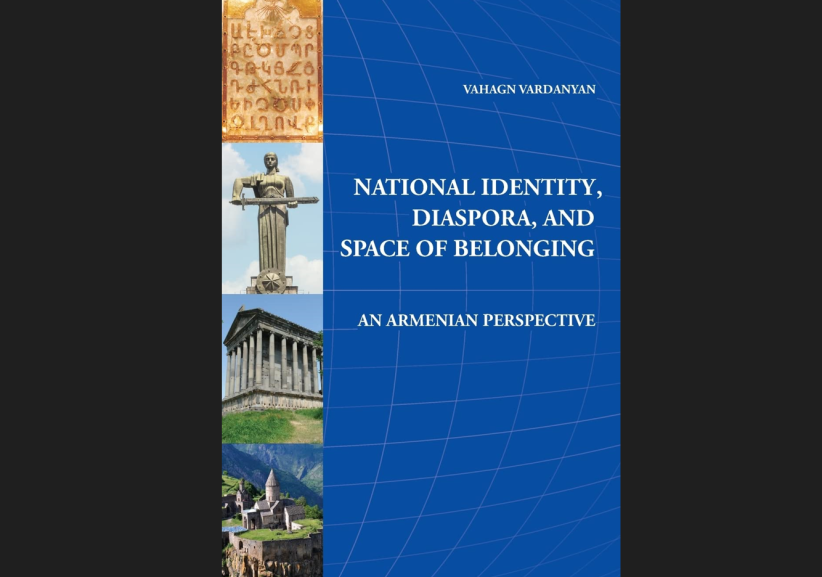 Vahagn Vardanyan’s book is worth reading in its English version, but it should also be translated into Armenian. First, because the author has made an important effort to bring together current theoretical debates on diasporas that are absent from our daily conversations on the Armenian diaspora. Second, because he did empirical work on Armenian Australians, one of the newest Armenian diaspora communities, coming away with numerous insights. And third, because the book poses relevant questions on Armenia-diaspora relations that need an informed discussion.

Early on, the book challenges us with a question: “Is the Armenian diaspora, with its institutions, capable of promoting national identity as it did before the independence of the Armenian Republic?” (page 3). The question suggests that the emergence of the Armenian Republic as an independent nation-state, instead of reinforcing Armenian identity within the vast diaspora, might have had the opposite effect. This observation, which many experts and community leaders agree with, has been at the heart of the Armenia-diaspora experience for the last three decades. If we add in the description of Armenia as “a small nation-state with a global diaspora” (the title of chapter 2), then the discussion becomes even more complex and puzzling. Armenia’s sovereignty, instead of strengthening diasporan identity and assertiveness, has led to its weakening.

How can we explain this paradox?

Vardanyan makes use of political-geographic concepts like “space” and” place,” but also is interested in institutions, as well as “contested leadership”. Those three elements together – spaces, institutions, and leadership – determine the quality and intensity of diaspora identity. Therefore, those elements should be scrutinized to understand the recent degradation in Armenian-diaspora ties.

The diaspora, Vardanyan adds, “can be geographically dispersed, but they are culturally more or less united” (page 51). This conceptual discussion could help us identify some of the challenges diaspora communities are facing: while a diaspora does not possess the “land” of a nation-state, its internal solidarity and cohesion is assured by culture. The absence of this shared culture or its erosion would lead to the weakening of diaspora solidarity. The book also develops concepts like “Armenian ethnies,” meaning individuals of Armenian heritage who are not actively involved in Armenian life and do not strongly associate with Armenianness, however broadly one defines that term. It also uses the term “diaspora return,” which signifies a person who has only a tenuous ethnic Armenian heritage, but through active involvement in community activities, undergoes a “return” to Armenianness. Those concepts are important to discuss and develop because the question “but the diaspora is not homogenous, isn’t it?” keeps repeating itself in the book, revealing our limited understanding of this important subject.

The author gives two explanations for the failure of developed relations between the nation-state and its vast and global diaspora: Armenia’s isolation from the rest of the world, which impeded an understanding of the different environments in which the Armenian Diaspora evolved, and Armenia being “uncertain in its attitudes and policies” toward the diaspora (page 49). Of course, there could be others, including the array of challenges Diaspora communities are facing, independent of their relationship with the nation-state, likesecurity, mass migration, the degradation of the quality of diaspora institutions, the lack of diaspora leadership, etc.

The diaspora’s uneasy relationship with the nation-state

Vardanyan’s book reports a certain malaise in the Armenia-diaspora relationship. While the centrality of the nation-state is recognized and remains uncontested in the Armenian world, there is a sense that Armenia failed to assume this leadership role.

The homeland is supposed to be not only “the cultural center of the diaspora,” but “also its political center or should be such” (page 155). Yet, the Armenian nation-state “failed to benefit from its diaspora,” external observers remark (page 91). Moreover, “Armenia has not succeeded in effectively engaging its diaspora” (page 211).

One explanation of this failure to assume leadership can be found in a quote from anthropologist Tsypylna Darieva, who said: “the diaspora’s support for Armenia is less institutionalized and less ‘strategic’, but more individualistic and project-specific” (page 177).

In the last section of the book, where Vardanyan interviews members of the Armenian diaspora in Australia, the idea of a weakening Armenian identity since Armenian independence is omnipresent. One of the major failures in this period, and not only in Australia, is that “Armenian youth were not supported enough within the community” (page 204). Younger generations do not feel they have a space in community structures, and as a result, they avoid participating in diaspora life. This generational gap is a problem that concerns diaspora organizations and their leadership and is independent from Yerevan’s policies.

The book is also rich with colorful anecdotes. One described how an individual, after visiting the Armenian Quarter of Jerusalem and meeting local Armenians there, talked about meeting complete strangers about whom “you thought you knew for years” (page 149), revealing the beauty of collective belonging.

Vardanyan’s book describes well how in the age of globalization, “the global Armenian network has been broken. This is a paradox since the Internet seems to be able to unite” (page 205). Yet, he does not venture to suggest solutions. Maybe that is best left to future research?

Busy weekend of diplomacy for Armenia, with Georgia, Russia, US meetings