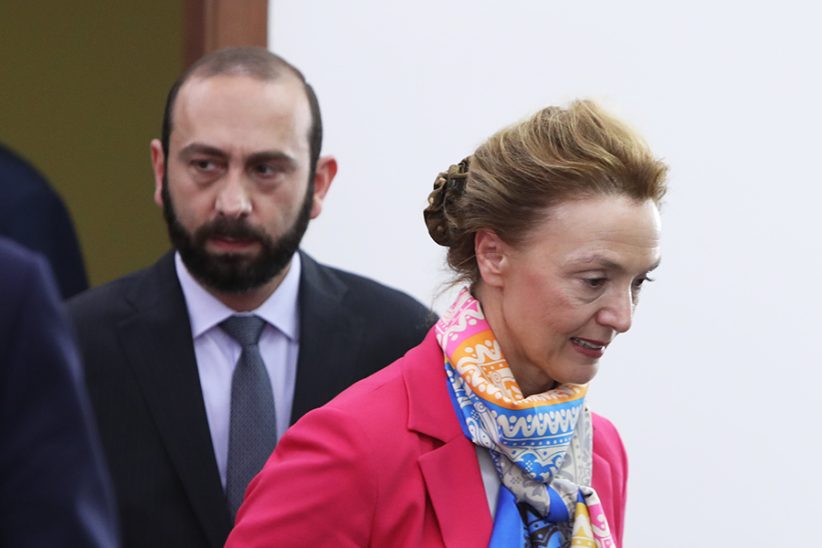 Saturday saw a flurry of diplomatic activity in and about Armenia, with high-level officials from the United States and Georgia visiting Armenia, while Russian President Vladimir Putin hosted his Armenian counterpart in Russia.

Meeting for the first time, Putin and Armenian President Vahagn Khachaturyan, who was elected to the post in March, exchanged pleasantries and committed to deepening cooperation between their two countries.

“Armenia is not only our partner, it is our strategic ally, and we value this. We understand everything that is happening in and around Armenia today,” Putin said. “We are interested in ensuring that the situation in the country is stable and guarantees sustained development.”

In turn, Khachaturyan thanked Putin for the invitation and said that he too was “sure that our relations will develop further,” adding that “the Armenian nation values your efforts to settle the Nagorno-Karabakh conflict.” 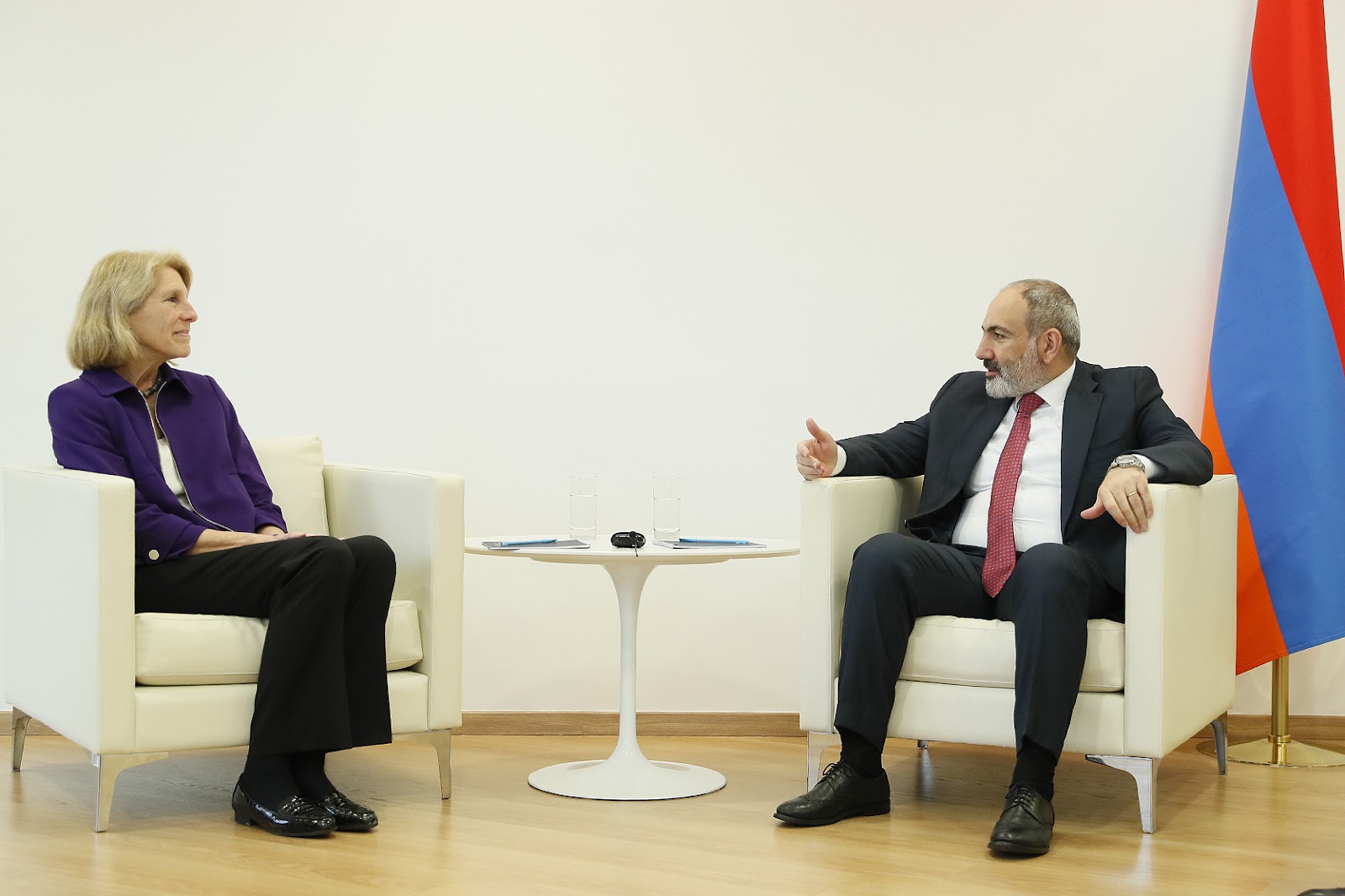 Armenian government read-outs of the meetings were relatively light on substance, reiterating a range of now-familiar talking points. Donfried again underscored Washington’s commitment to expanding bilateral ties and support for “the common values of democracy, protection of human rights, and the rule of law.”

Meanwhile, Armenian officials briefed Donfried on three prongs of ongoing diplomatic efforts with Azerbaijan: talks to normalize relations, efforts to unblock transport connections, and steps to delimit the Armenia-Azerbaijan border. They repeated Yerevan’s position that the Minsk Group should mediate a comprehensive settlement of the Karabakh conflict.

The same day, Pashinyan hosted his Georgian counterpart, Irakli Gharibashvili, in the Armenian resort town of Dilijan. The official summary of that meeting had even less to say, noting just that the prime ministers discussed “the prospects of Armenia-Georgia cooperation” and “exchanged views on the regional situation and developments.”

The week prior saw a surge of diplomacy in and by Yerevan, with Council of Europe Secretary General Marija Pejčinović Burić and the security chiefs of the CSTO member states all paying visits to the Armenian capital. Alen Simonyan, the speaker of Armenia’s parliament, embarked on a tour of his own, meeting with Iranian President Ebrahim Raisi in Tehran.

Looking ahead, Pashinyan is set to visit Belarus this week, while Russian Foreign Minister Sergey Lavrov is due to travel to Azerbaijan. About two weeks ago, Lavrov paid a visit to Armenia, where a statement he made about the situation in the village of Parukh forced not one, but two clarifications from the Russian Foreign Ministry.

Khachaturyan notably revealed last week that the Kremlin privately conceded it made an “oversight” in Parukh by allowing Azerbaijani troops to advance their position toward the village in March.